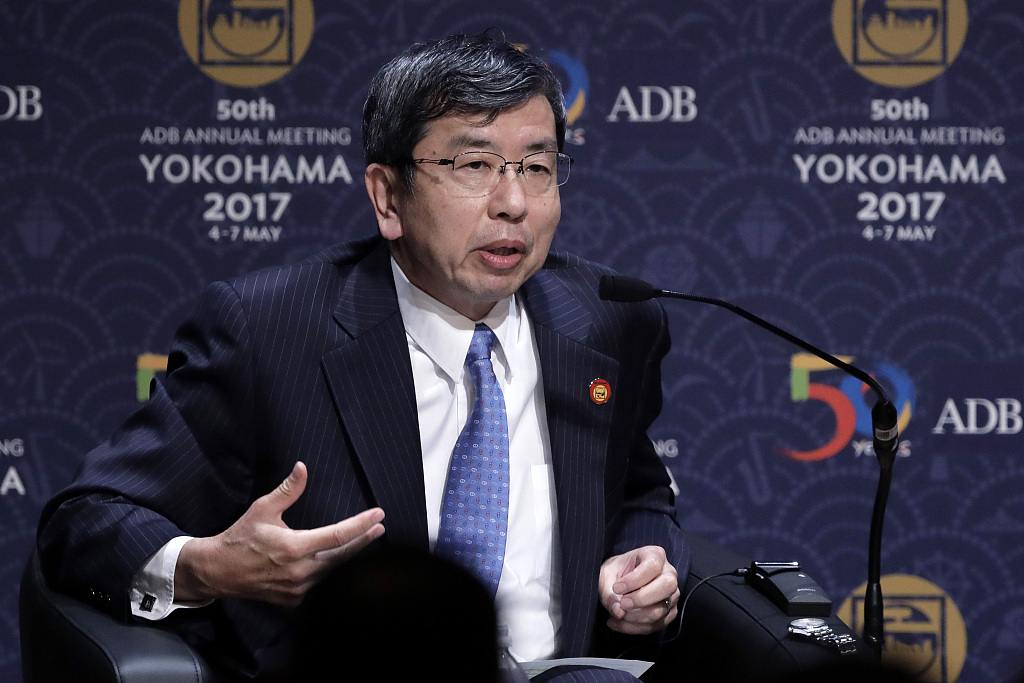 MANILA, June 17 (Xinhua) -- Asian Development Bank (ADB) President Takehiko Nakao announced on Monday that ADB will improve collaboration with the World Bank in the Philippines and other countries across the Asia-Pacific region.

Nakao said the Manila-based ADB is responding to the Philippine Finance Secretary Carlos Dominguez's call "for us to become more efficient, responsive, and better coordinated with the World Bank and other multilateral development banks to meet the changing needs of our client countries."

In the Philippines, Nakao said ADB "is already collaborating with the World Bank on the implementation of the government's conditional cash transfer program and the rehabilitation and recovery efforts in Marawi, among others."

Marawi is the southern Philippines city affected by the five-month armed conflict in 2017 that reduced a big swath of the city to rubble and displaced thousands of residents.

ADB projects in the Philippines are expanding in line with the "Build, Build, Build" initiative and other development priorities of the government. Accordingly, annual lending is increasing, from below $1 billion in 2011 to 2017 to $1.4 billion in 2018 and $2.5 billion in 2019 to 2021.

Regarding the collaboration between ADB and the World Bank beyond the Philippines, ADB said there have already been long-running efforts and concrete progress, especially in the Pacific.

"They are co-financing a range of investment projects under a common procurement arrangement, which alleviates the administrative burden in small island countries," ADB said.