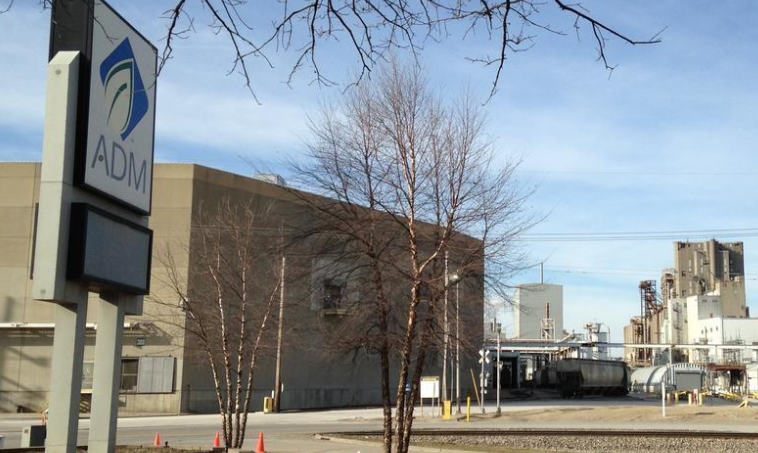 Top US grain merchant Archer Daniels Midland Co (ADM.N) has proposed a takeover of Bunge Ltd (BG.N), according to a person familiar with the approach, which could set up a bidding war with Swiss-based rival Glencore Plc (GLEN.L).

Large grain traders that make money by buying, selling, storing and shipping crops have struggled in recent years with global oversupplies. Thin margins have squeezed core commodity trading operations, including those of ADM, Bunge, Cargill Inc [CARG.UL] and Louis Dreyfus Co [AKIRAU.UL], which together are known as the “ABCDs” and dominate the industry.

Consolidation is seen as one remedy. Glencore last year sought a tie-up with Bunge in what was viewed as a start of a wave of mergers and acquisitions in the industry.

Bunge, which rebuffed an acquisition offer from Glencore last year, might not follow up on ADM’s proposal, the source said, requesting anonymity because the approach is confidential. A standstill agreement prevents Glencore from making a new offer until next month, and Bunge is keeping its options open for now, the source added.

White Plains, New York-based Bunge operates in more than 40 countries and is Brazil’s largest exporter of agricultural products, while Chicago-based ADM says it has customers in 160 countries.

ADM said it does not comment on “rumors or speculation,” while Bunge did not respond to requests for comment. Glencore was not immediately available for comment. The Wall Street Journal first reported on ADM’s interest in Bunge.

Grain companies in recent years have expanded into higher-margin sectors, such as food ingredients and aquaculture, to offset weak results and wild swings in their traditional business of handling crops.

In 2014, ADM bought natural ingredient company Wild Flavors for about $3 billion in its biggest deal ever. The company has also expanded into handling healthy ingredients such as fruits, nuts and “ancient grains.”

“News of the ADM bid is a bit surprising given that ADM had been indicating the company’s strategic direction was more towards value-added rather the traditional commodities,” said Stephens Inc analyst Farha Aslam.

ADM is the most U.S.-focused of the major grain companies and a takeover would help it grow in South America, where Bunge is a major agricultural force.

ADM, which dates back to 1902, has tried to expand its international operations, in part to take advantage of growing demand from China. In 2013, Australia rejected its attempted $2.55 billion takeover of Sydney-based grain handler GrainCorp Ltd (GNC.AX) on concerns it could reduce competition.

Bunge was founded in Amsterdam 200 years ago. It moved its headquarters to South America as its operations grew in the region and relocated to New York ahead of an initial public offering in 2001.

Aslam estimated that fair value for Bunge in a takeover would be $90 to $95 per share, but Morningstar said the price could exceed $100.

Any tie-up would probably face stiff scrutiny from regulators and opposition from farmers who fear handing more market control to ADM could hurt wheat, corn and soybean prices.

The biggest overlap between ADM and Bunge in the United States is in grain origination and oilseeds processing, Aslam said. The companies would probably need to divest facilities in North America and also possibly in Europe, she added.

Aslam raised the possibility that ADM and Glencore could partner in a bid for Bunge to split up its operations.

“ADM would take the more value-added downstream businesses, and Glencore would own the more ag commodity businesses,” she said.

An ADM-Bunge merger would also face opposition from farmer groups in key agricultural markets, including the United States, European Union, China, India and Brazil, said Erik Gordon, a professor at the University of Michigan’s Ross School of Business.

“When you’re the first one, there’s still more competition,” he said. “Once they’ve let a few through, they may have second thoughts.”

Grain farmers need five or six active buyers to get fair prices for their goods, but there are already only a handful, said Peter Carstensen, who teaches law at the University of Wisconsin at Madison.

“This is the kind of transaction that will screw farmers,” he said.

Illinois farmer Dan Henebry, who delivers corn and soybeans to ADM’s North American headquarters in Decatur, Illinois, said he was worried a takeover of Bunge could lead grain handlers to pay farmers less for their crops.

“We’ve had so many mergers,” Henebry said. “Less competition is not good.”