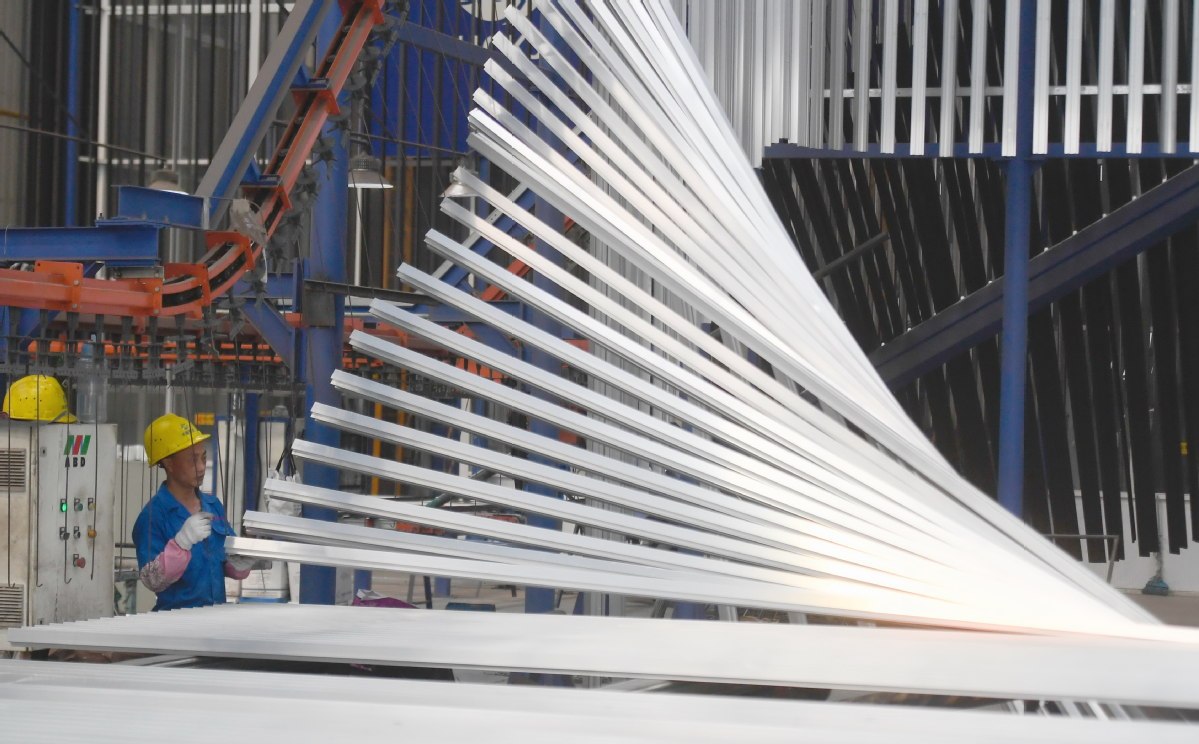 China is seeking a new position in the global economy, aiming to simultaneously become a "world market" and a "world factory", which will consolidate its key role in the global market, with deeper integration into global society, according to top-level policy advisers.

That is a blueprint not only for guiding this year's economic work, but also setting a basic principle for China's 14th Five-Year Plan (2021-25), indicating policymakers' determination to further open the domestic market.

Legislators and political advisers will gather in Beijing this week to discuss the key issues of China's development at the annual sessions of the National People's Congress and the National Committee of the Chinese People's Political Consultative Conference.

To achieve the goal, China will stabilize imports and expand exports, continually promote cross-border trade and investment and optimize the business environment under the "competitive neutrality" principle, which treats all types of market entities equally, said Yang Weimin, deputy director of the Economic Affairs Committee of the 13th CPPCC National Committee.

"China will not separate from the rest of the world," Yang said, as the theme of the 14th Five-Year Plan (2021-25) and the Long-Range Objectives Through the Year 2035 is to promote the internal and external markets, also known as the dual circulation development paradigm. It requires boosting domestic consumption and facilitating China's performance in the world's development.

"When we talk about the dual-circulation growth pattern, we are not only talking about the internal part," said Yu Miaojie, deputy dean of Peking University's National School of Development.

"China's economy is growing. It now accounts for about 18 percent of the world's economy, but we still need to be aware of the importance of the remaining 82 percent. Chinese enterprises need to connect their businesses with the global market, so the internal and external markets are complementary and integrated."

Proposals for the 14th Five-Year Plan and the Long-Range Objectives Through the Year 2035 will be reviewed at the two sessions.

The plan and objectives were raised by the top leadership in October at the Fifth Plenary Session of the 19th Central Committee of the Communist Party of China. A major goal is to increase per capita GDP to the level of medium-developed countries by 2035.

"It is a quantity-based, long-term goal that requires a growth target this year," Yang said. China didn't set a growth-rate target in 2020 because of the COVID-19 outbreak.