Rwandan Ambassador to China James Kimonyo sold more than 3,000 bags of imported coffee in just one second during a livestream in China back in July. It was an unexpected success, which the diplomat hoped to replicate at the third China International Import Expo (CIIE) now underway in Shanghai. His recipe for success? Leveraging Rwanda's bubbling coffee culture and China's piping-hot e-commerce sector.

Kimonyo is representing his country at the import-focused event to promote Rwandan specialty coffee, as well as chili products. And Rwanda is not the only coffee-producing country wanting to cash in on China's insatiable appetite for online shopping. Ethiopia is also getting in on the action, targeting its quality beans to China's digital natives.

"This is the opportunity we are looking for," Kimonyo told CGTN from the CIIE in Shanghai.

The two African nations are putting much emphasis on China's ever-growing e-commerce sector to market their products – and for a very good reason. 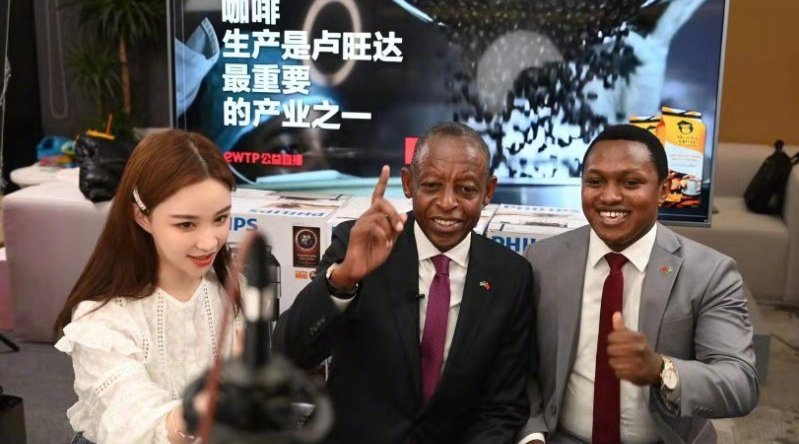 In 2018, Rwanda became the first country in Africa to sign a cooperation deal with the Electronic World Trade Platform (eWTP), a framework for cross-border electronic trade led by Chinese e-commerce giant Alibaba. A year later, Ethiopia followed suit, becoming the continent's second member of the platform.

The eWTP helps small- and medium-sized enterprises reach wider customers and benefit from favorable policies, including tax refunds. It offers a new sales channel for businesses, and Ethiopia is taking advantage of this new way of trading to tap into a bigger, previously unreachable, pool of customers.

"It's been traditional selling and buying. But this time, we are going to sell [our products] via e-commerce for the first time," Ethiopian Ambassador to China Teshome Toga Chanaka told CGTN. 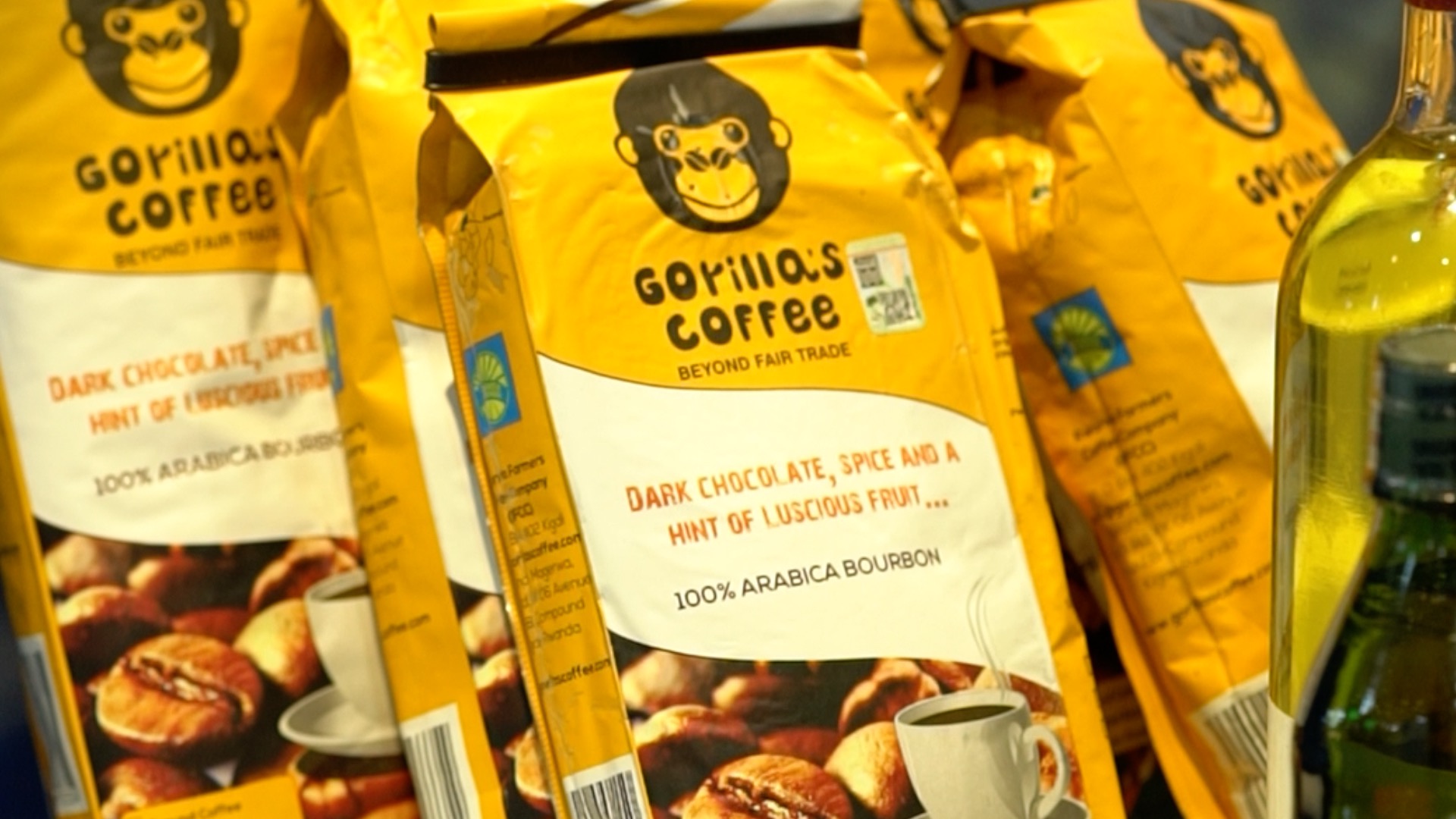 Chanaka said his country has been producing quality Arabica coffee beans "for thousands of years," but that digitization is reshaping the traditional coffee business model, allowing deals with more money, less tariffs and better policy support.

Ethiopian coffee farmers have long exported raw beans at a high cost, due to their low added value character and transportation fees, which ate away at revenues. The profit margins of coffee growers stood at less than 10 percent. 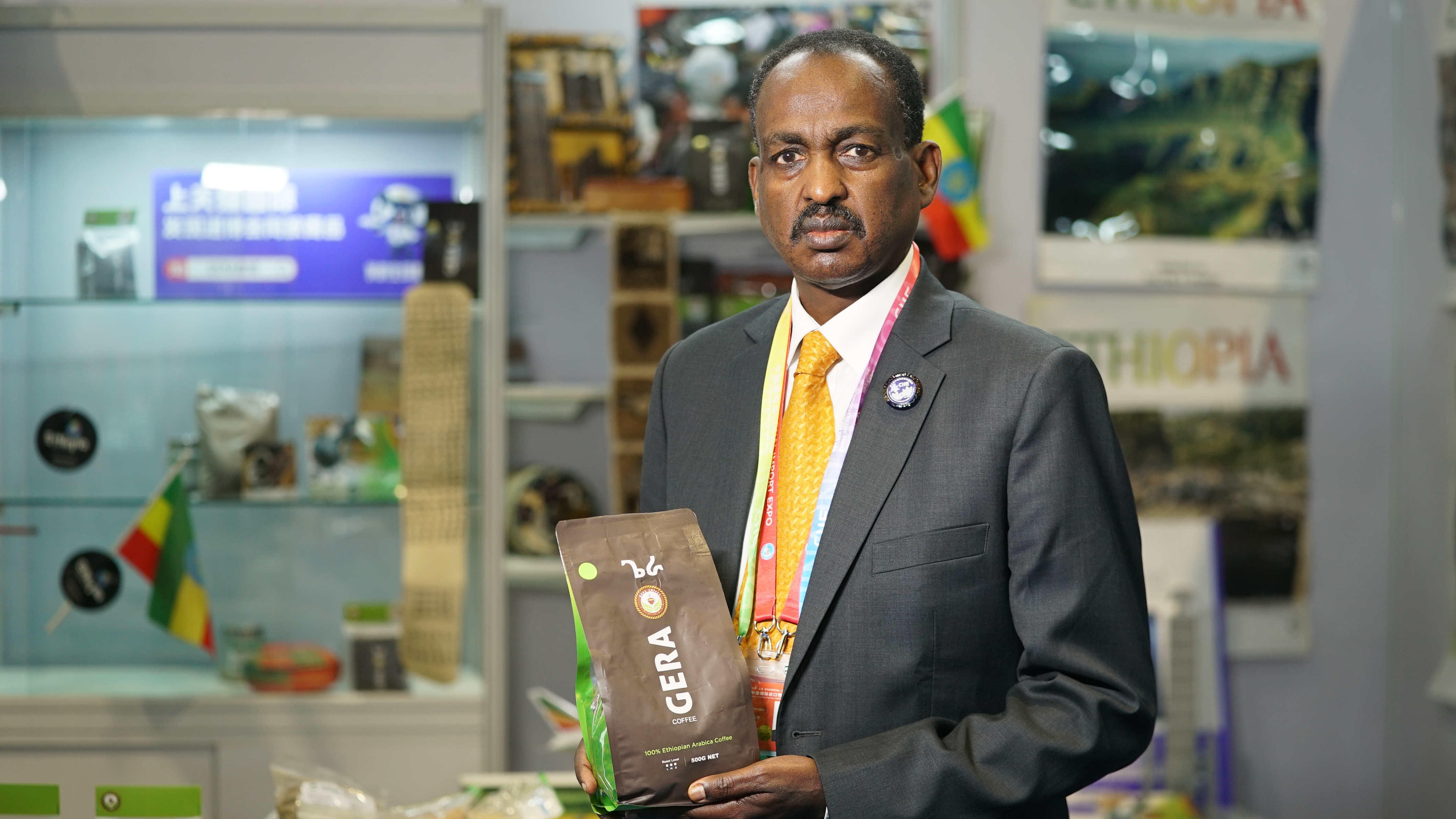 However, through digital platforms, Ethiopian farmers can now make $12 per kilogram of coffee beans – four more dollars than what they used to earn.

"This has a huge and massive impact on the local population," Rwanda's Kimonyo said. 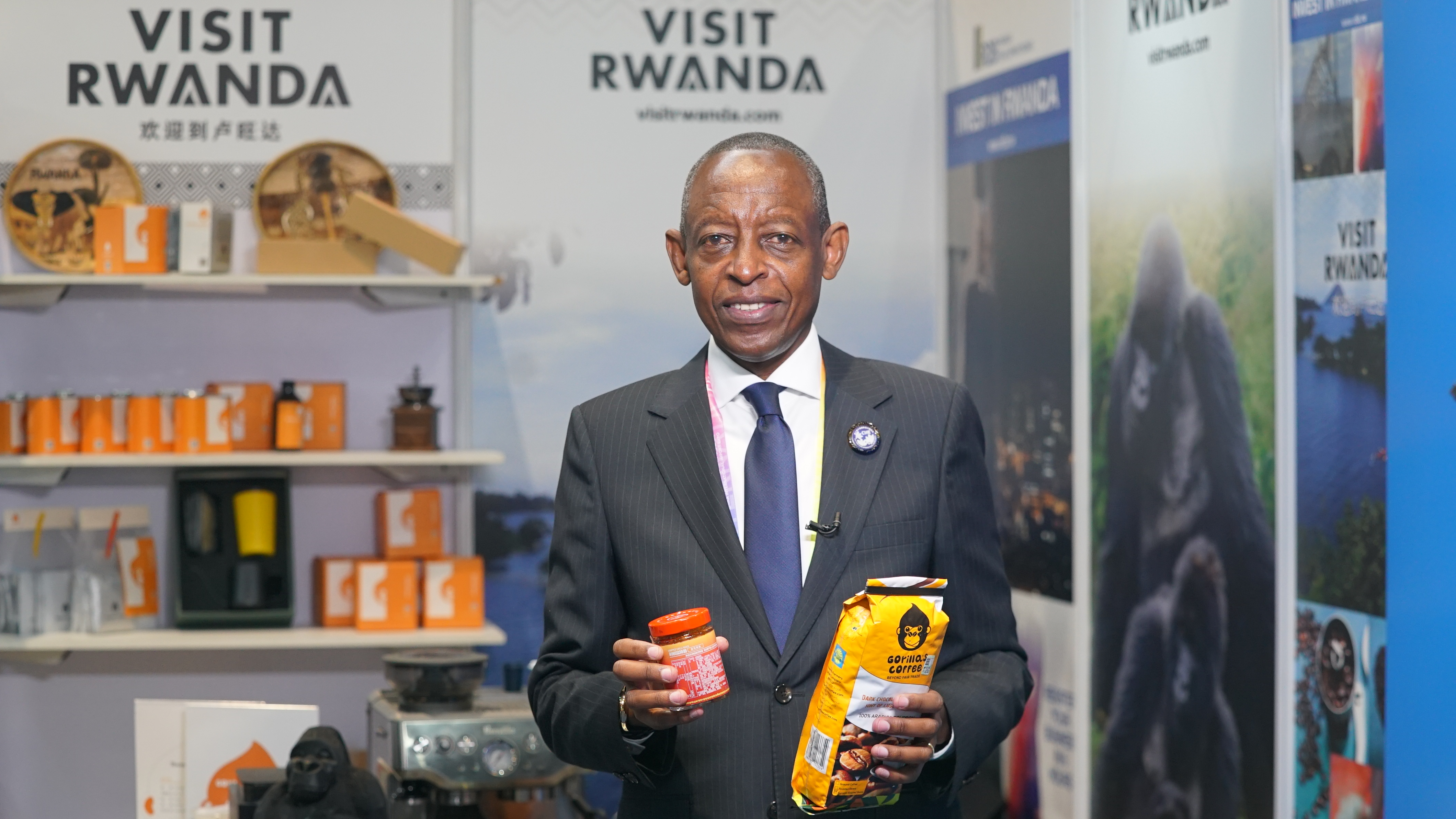 "We are using a platform that is already known by so many people. The several steps farmers had to go through to sell their coffee could now be bypassed. They will be directly selling to the global market," the Ethiopian diplomat said when talking about the advantages of cooperating with Chinese e-market operators.

But it's not just African farmers who are making use of electronic trade. Chinese consumers, one of the most tech-savvy shoppers out there, are also benefiting, nabbing a wider range of imported products at lower prices. 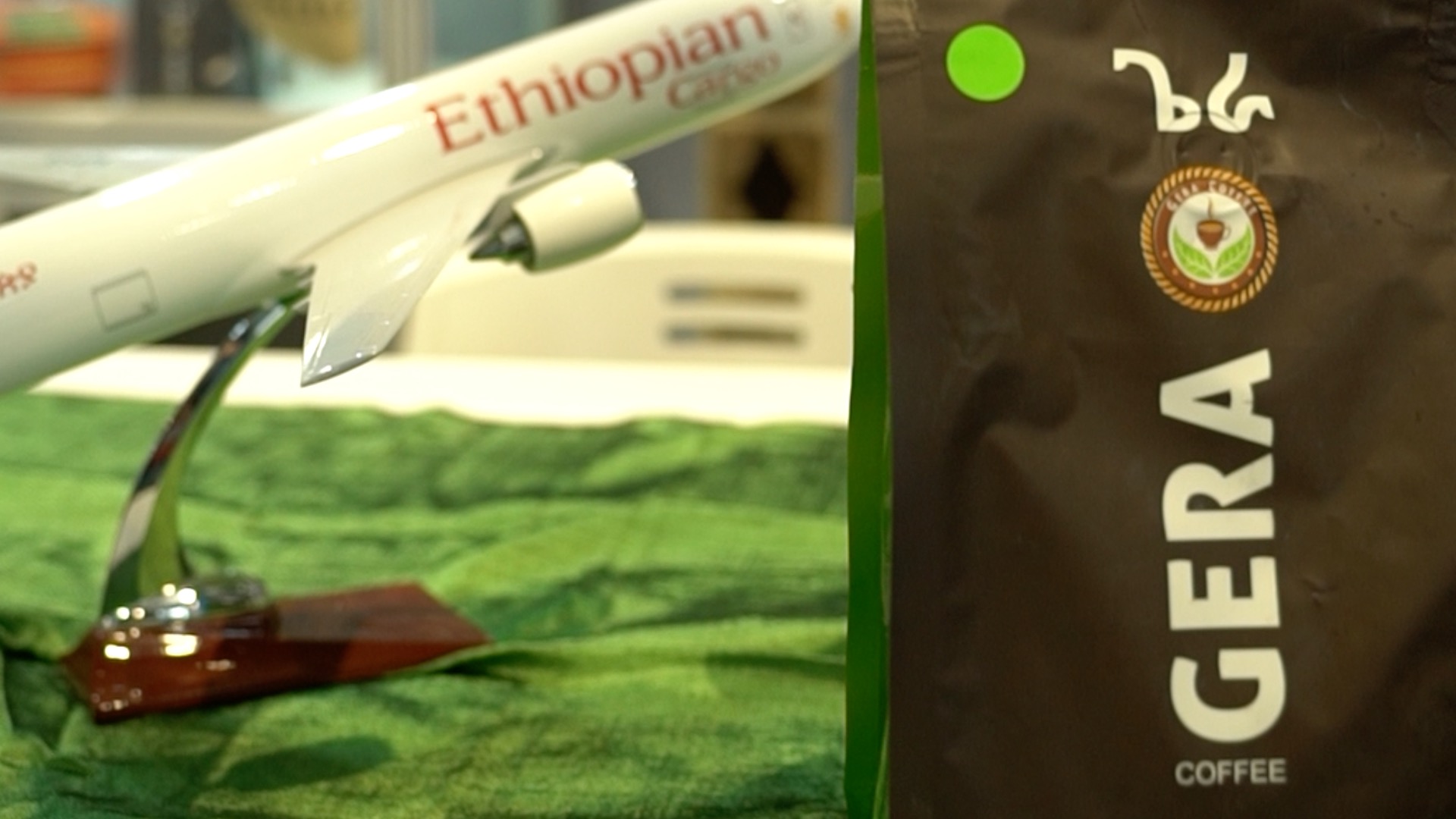 "It's at a very early stage, but I'm happy we've already started it. Rwanda is already a member of the e-commerce platform. I'm sure other countries will follow us soon. The future is e-commerce," his Rwandan counterpart said.

The CIIE is taking place as the global economy continues to be battered by the coronavirus pandemic, but the ambassadors said pushing through with the third iteration of the trade expo shows China's determination to continue opening-up its domestic market to the world.

"Many have asked whether the CIIE would happen or not. Now we have seen it and we are here," said Ethiopia's Chanaka. "I've been to the first and second versions of CIIE. I'm really really impressed. It clearly shows how open China is to the [global] market." 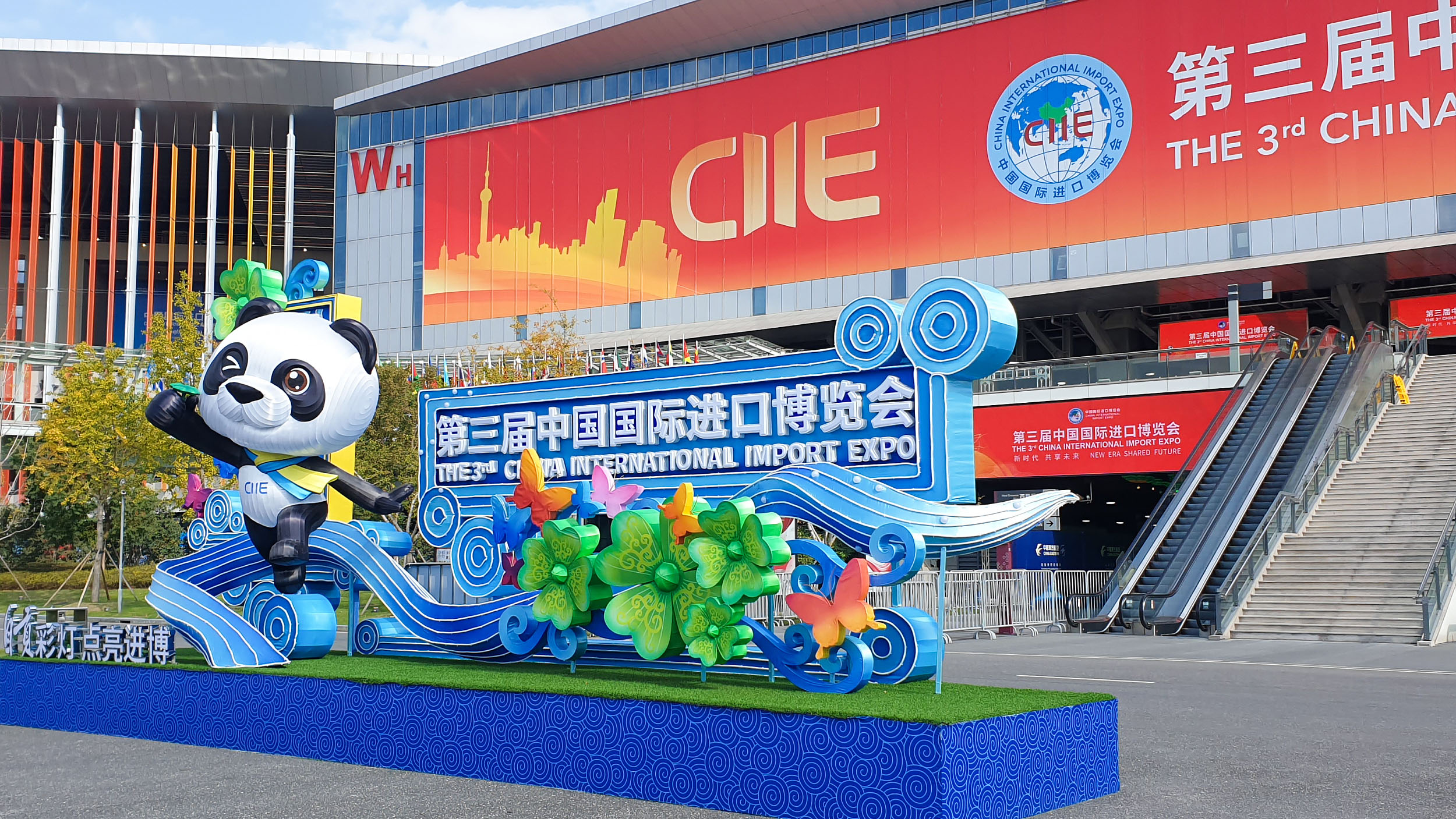 The 3rd China International Import Expo is being held from November 5 to 10, 2020 in Shanghai. (Photo: CGTN)

Coffee is the first item introduced by the two African countries through the cross-border platform, but it won't be the last.

"We have seen the significance and importance of e-commerce during COVID-19. People cannot go out but they can get stuff at home. This is the future, and we need to catch up with the future," said the Ethiopian ambassador.

The two ambassadors said they are committed to further cooperation with China, developing a fresh coffee trade model with a digital flair.