African farm exports to China up 18% in 2021: Chinese FM spokesperson 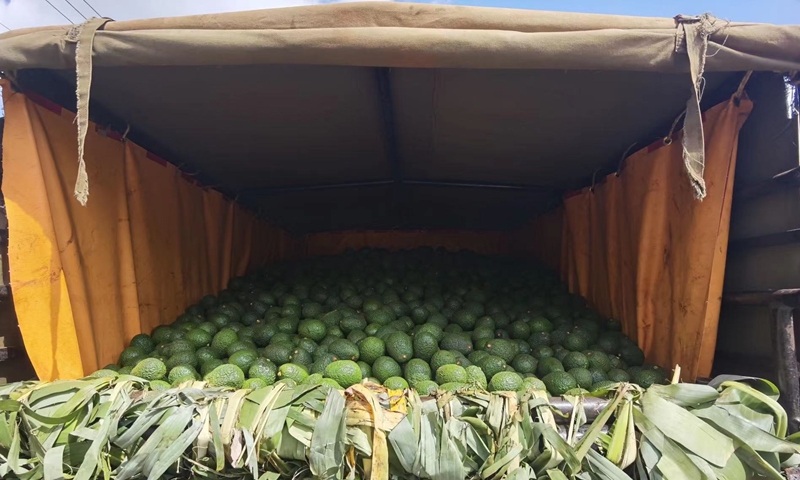 China is the second largest destination for African farm exports. In 2021, African agricultural exports to China grew by 18.23 percent year-on-year as more products were allowed to enter the huge Chinese market.

As the latest example, the first batch of fresh Kenyan avocados is set to arrive in China in late August, which is expected to increase Kenya's foreign exchange earnings and boost its economy.

Shanghai-based trader Greenchain Information Science and Technology told the Global Times on Tuesday that the first shipment of fresh Kenyan avocados is expected to arrive in Shanghai on August 25. It weighs 22 tons, and more shipments of local produce are expected to follow.

At present, 14 African countries, including Kenya, South Africa, Benin and Egypt, have been approved to export a total of 25 kinds of agricultural products to China, Wang said.

To facilitate market access for African agricultural products, China has announced plans to set up a green channel for African agricultural products to enter China at the eighth Ministerial Conference of the Forum on China-Africa Cooperation in November.
China's General Administration of Customs has implemented a set of feasible measures in customs inspection and clearance, Wang said.

The measures include giving priority to market access applications from African countries, speeding up the inspection process and adopting flexible methods such as video inspections for the products, Wang said.

"With the joint efforts of both sides, trade in agricultural products between China and Africa will prosper and bring more tangible benefits to the Chinese and African peoples," the spokesperson said.