BUSINESS After decade apart, Philip Morris and Altria may become 1

After decade apart, Philip Morris and Altria may become 1 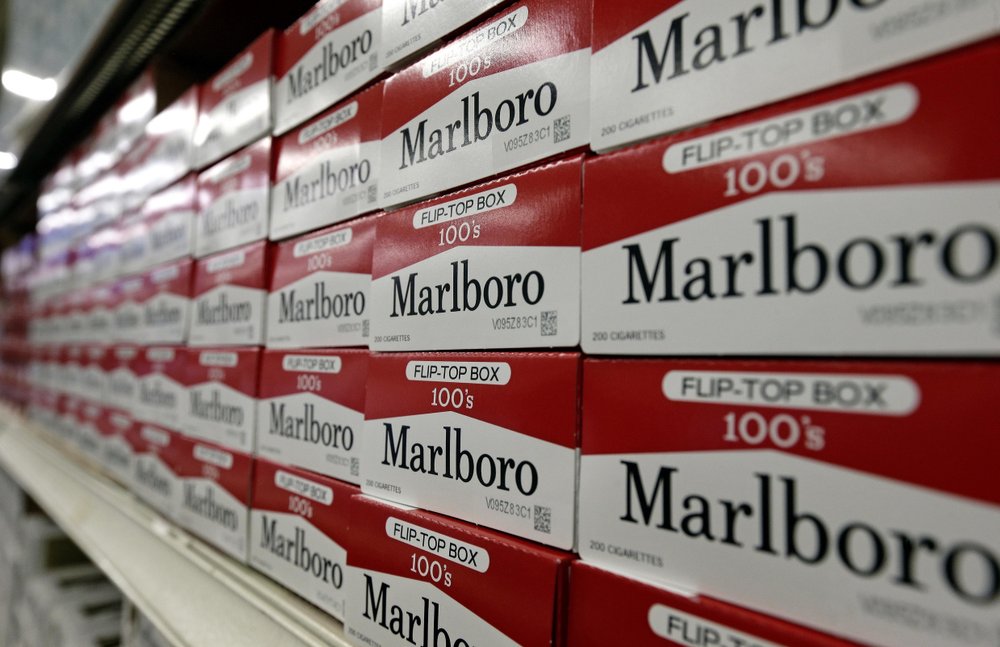 This June 14, 2018, file photo shows cartons of Marlboro cigarettes on the shelves at JR outlet in Burlington, N.C. (Photo: AP)

Altria confirmed Tuesday that it is in talks to merge with Philip Morris International more than a decade after splitting itself into two companies.

Altria has exclusively sold Marlboro and other cigarette brands in the US, while Philip Morris has handled international sales. Both companies have been investing in alternatives to traditional cigarettes amid declining smoking rates around the world.

Philip Morris said Tuesday that there is no guarantee of success in what would be an all-stock deal.

The companies are already partnering on the US launch of a heat-not-burn cigarette alternative, iQOS, made by Philip Morris. Separately, Altria has taken a multibillion-dollar stake in vaping giant Juul, betting on more smokers switching to electronic cigarettes.

If successful, the merger would essentially be a reunion for two arms of what was previously the world’s largest publicly traded tobacco company.

Altria spun off its international operation in 2008 amid ongoing lawsuits and government scrutiny in the US. The breakup gave Philip Morris International more leeway to pursue sales growth in emerging markets. And anti-tobacco critics charged that the move allowed the company to unleash its marketing machine on nonsmoking women and children in poor, developing countries.

Since then, Philip Morris has churned out new Marlboro-branded products catering to local tastes in Asia, Europe, Latin America and other regions.

Both companies have been pivoting in recent years to cigarette alternatives as sales are curtailed by bans, taxes, stigma and anti-smoking health campaigns.

Wells Fargo analyst Bonnie Herzog said the combination “would make a lot of sense,” allowing the companies to cooperate amid the “global arms race” for non-traditional tobacco products.

Earlier this year Altria executives estimated annual US cigarette volumes would decline between 4% and 6% through 2023, sending company shares down sharply.

Philip Morris, based in New York, has been rebranding itself with new products and the slogan “Designing a smoke-free future.”

The company sells its battery-powered iQOS device in 40 countries. The iQOS heats tobacco without burning it. It will soon be sold in the US under a licensing agreement.

While US regulators permitted the sale of the device, they have not yet ruled on whether iQOS can be marketed as less harmful than cigarettes.

But the Juul investment has also attracted new scrutiny.

Juul is being investigated by members of Congress, the Food and Drug Administration and several state attorneys generals amid allegations that its early marketing overtly targeted teenagers. Since the product’s launch, the portion of high school students using e-cigarettes has mushroomed to 20 percent, according to US survey figures released last year.

On Tuesday, the North Carolina Attorney General, who sued Juul in May, announced eight new lawsuits targeting other e-cigarette companies on the first day of school in Raleigh.

“Our complaints allege that these eight e-cig companies are helping to fuel an epidemic of vaping among high school and middle school students,” said Attorney General Josh Stein. “One look at their marketing materials demonstrates just how egregious their sales tactics are - with flavors like cotton candy, gummy bear, unicorn, and graham cracker, they’re clearly targeting young people.”

Smoking causes more than 480,000 deaths each year in the US, even though smoking rates have been declining for decades. Approximately 14% of US adults smoke, according to government figures. That’s down from the more than 40% of adults who smoked in the mid-1960s.

On a global level smoking is blamed for some 7 million deaths worldwide. More than 20% of the world’s population smoked in 2015, according to the latest figures from the World Health Organization. That figure was down nearly 7% from 2000.