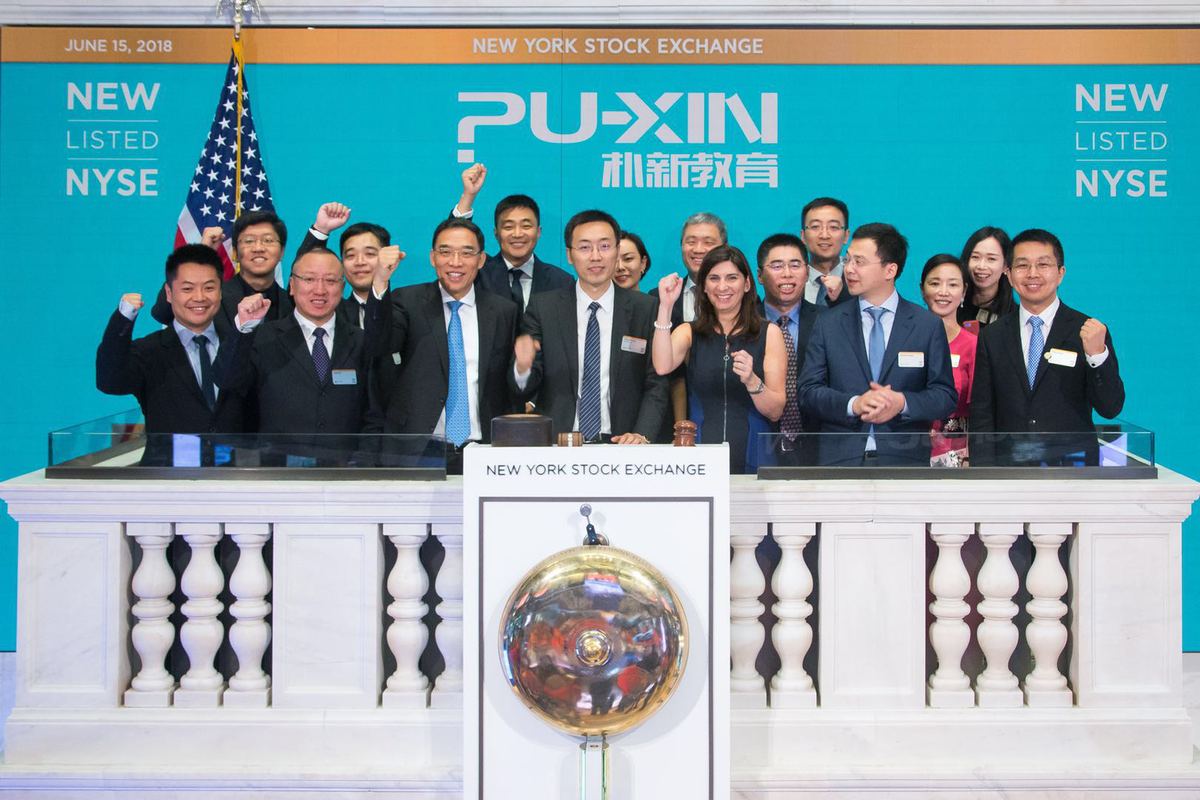 The company's stock closed at $21 per share on the first day, debuting higher than its offering price, a rosy start after shares of an array of Chinese companies have dropped these days, influenced by short-seller Muddy Waters' allegations on TAL Education Group.

Trading under the ticker symbol NEW, the company priced its IPO at $17 per share to raise $122.4 million.

"In the past few years, we have encountered both challenges and difficulties. By listing on the NYSE, we hope to continue making some right choices to achieve a better future," said Sha Yunlong, founder and CEO of Puxin.

The company said that 70 percent of the proceeds from the IPO will be used for financing potential strategic acquisitions and establishing new schools in China.

Up to 15 percent would be applied to technologies and online businesses while the rest will go to marketing and other purposes.

According to the latest data, the company generated a revenue of 1.28 billion yuan ($204.5 million) last year, which was an increase of 192 percent year-on-year.