BUSINESS After the Fed’s likely rate hike this week, all bets are off

After the Fed’s likely rate hike this week, all bets are off 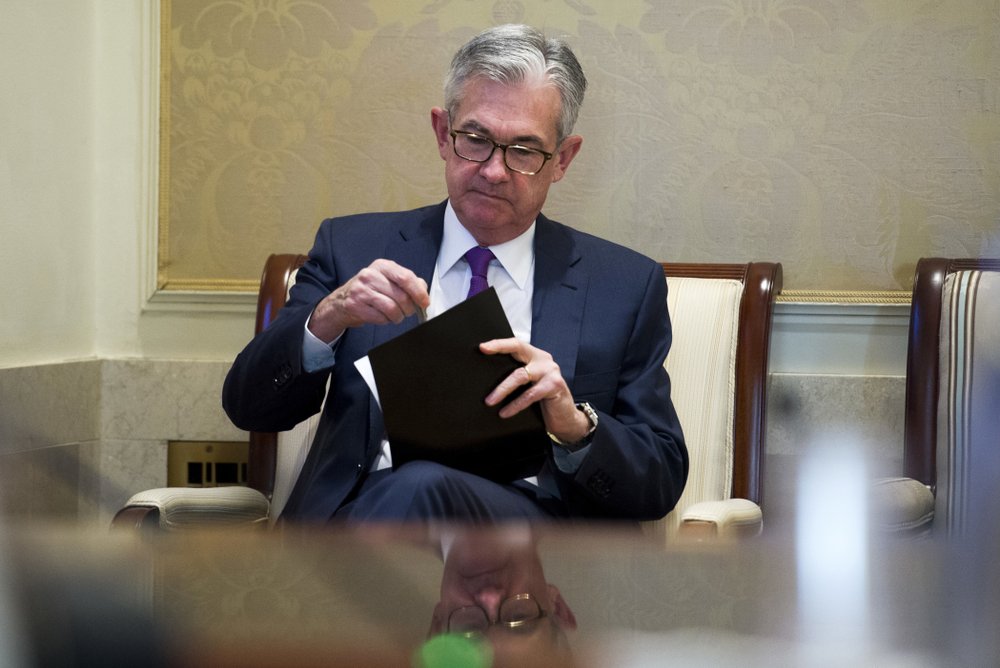 Having raised interest rates with steady regularity in recent months, the Federal Reserve may embrace a new message this week: Flexibility.

On Wednesday, the Fed is set to announce its fourth rate hike of the year. But after this week, no one is sure what it will do. Neither, most likely, is the Fed itself.

A confluence of factors — a global slowdown, a US-China trade war, still-mild inflation, stomach-churning drops in stock prices — may have left Fed officials weighing a shift in policy. Many analysts think the Fed will signal Wednesday that it’s considering whether to slow or suspend its rate hikes in 2019 to avoid weakening the economy too much. And some predict that the rate increases, which began three years ago, will end altogether next year.

In September, Fed officials collectively forecast that they would raise rates three times in 2019. But this week, in the view of many analysts, the central bank could indicate that no more than two rate hikes are likely next year.

Yet the overarching message — in a statement after its latest policy meeting, in updated forecasts for the economy and interest rates and in a news conference by Chairman Jerome Powell — may be that the Fed plans to suit its rate policy to the latest economic data. In Fed parlance, it will be “data-dependent.”

The idea, some analysts say, is that the Fed may want to pause in its credit-tightening to assess how the economy fares in the coming months in light of the headwinds it faces. Contributing to this view was a speech Powell gave last month in which he suggested that rates appear to be just below the level the Fed calls “neutral,” where they’re believed to neither stimulate growth nor impede it. Powell’s observation suggested that the Fed might be poised to soon slow or halt its rate hikes.

For now, most US economic barometers are still showing strength. The unemployment rate is 3.7 percent, a 49-year low. The economy is thought to have grown close to 3 percent this year, its best performance in more than a decade. Consumers, the main driver of the economy, are spending freely.

In such an environment, the Fed would normally keep gradually raising rates to make sure the economy didn’t overheat and ignite inflation. But this time, risks to the economy appear to be rising. From China to Europe, major economies are weakening. President Donald Trump’s trade conflict with Beijing could, over time, undermine the world’s two largest economies.

There are also fears that the brisk pace of US growth this year reflected something of a sugar high, with the economy artificially pumped up by tax cuts and a boost in government spending. The benefit of that stimulus will likely fade in 2019, slowing growth to a more modest pace.

“Uncertainties about how the economy will perform next year have ballooned,” said Sung Won Sohn, chief economist at SS Economics. “I think 2019 could be a difficult year for the Fed.”

Sohn is forecasting that after expanding nearly 3 percent this year, the economy will grow closer to a middling 2 percent in 2019. As a result, like many economists, he predicts that the Fed will raise rates only twice next year.

David Jones, an economist and author of several books on the Fed, goes further. He foresees just one rate increase in 2019.

“The Fed is going to be much more cautious about rate hikes next year as the economy slows significantly,” Jones said. “The Fed will truly be data dependent as economic forecasting gets much murkier.”

Mark Zandi, chief economist at Moody’s Analytics, is more hopeful about growth in 2019 because he thinks the stimulus from tax cuts and government spending increases won’t yet fade significantly. As a result, Zandi doesn’t expect the Fed to slow its credit tightening much next year. But by 2020, Zandi foresees a sharp drop in economic momentum and a rising risk of a recession.

“While the Fed will probably signal this week that they only expect two rate hikes next year, I think their forecast will be wrong and they will end up raising rates three times,” Zandi said. “I think the economy will remain strong enough that unemployment will fall further and wage pressures will rise.”

Lawrence White, an economics professor at New York University’s Stern School, said he expects the Fed to remain mindful of the mistakes of the 1970s, when officials allowed inflation to erupt, requiring sharply higher interest rates and a painful recession to root out.

“We have not had such low unemployment in almost 50 years,” White said. “The Fed has to be cautious.”

Economists appear unified, though, in the view that whatever the Fed does, it won’t be influenced by the attacks Trump has made on the central bank and on Powell personally since the stock market began tumbling this fall. In a highly unusual move for a president, Trump has publicly called the Fed and its string of rate hikes this year “my biggest threat.”

On Monday, Trump reiterated his view via Twitter. “It is incredible that with a very strong dollar and virtually no inflation, the outside world blowing up around us,” Trump tweeted, “the Fed is even considering yet another interest rate hike.”

Powell, who was Trump’s hand-picked choice to be chairman, has stressed that the Fed will pursue its mandate of managing rates to maximize employment and stabilize prices, regardless of any outside criticism.

“This is a Fed that has gone through some pretty heavy criticism during the financial crisis, and they kept doing what they needed to do,” said Diane Swonk, chief economist at Grant Thornton. “At this stage of the game, the president’s criticism is just noise.”