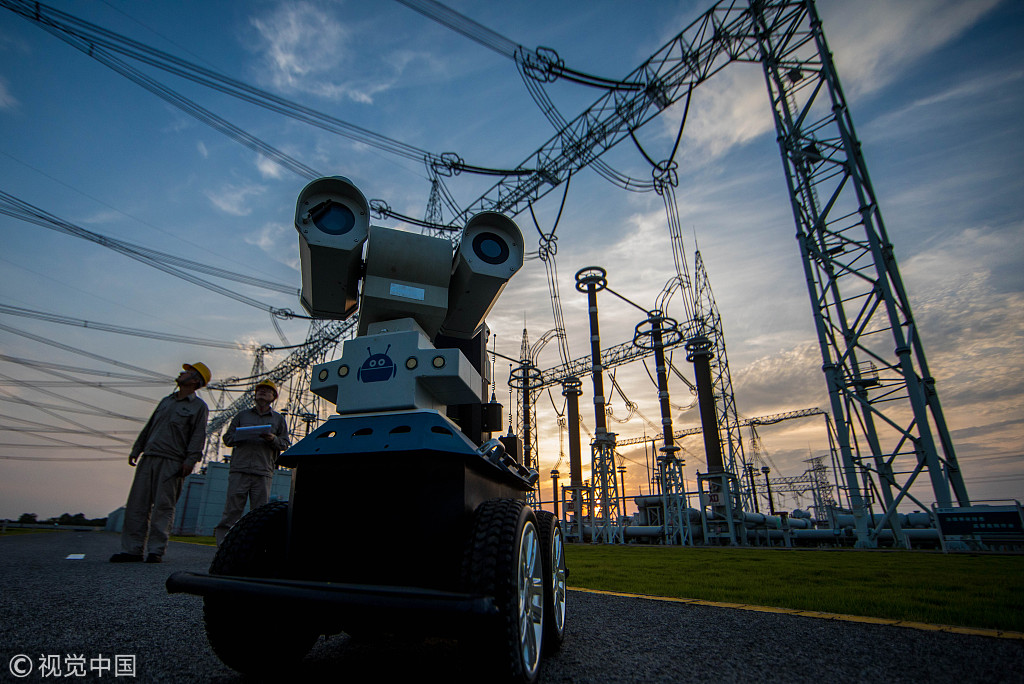 A recent report on how the development of artificial intelligence (AI) will affect the Chinese job market has stirred up discussion among economists and AI industry practitioners in China.

Some believed that AI, in balance, will displace human employment, but others argued that AI, as a tool created by human beings, can never replace people.

Automation will replace one-fifth of China's jobs in the manufacturing sector by 2030, and if the process of automation accelerates, nearly 100 million workers will need to change their line of work, according to a report obtained by the Global Times on Thursday.

The report, "Human Capital Investment in the AI Era: Future Challenges and Coping Strategies in the Chinese Job Market," was jointly released by the China Development Research Foundation (CDRF) and Sequoia China.

According to data from the National Bureau of Statistics, China had a total of 776 million employees at the end of 2017, with 54 percent of them working in urban areas.

A study of China's 400 most common occupations showed that AI will have an impact on 70 percent of the occupations, according to the report.

The report found that robots are already replacing human labor in provinces including Jiangsu, Zhejiang and Guangdong.

A total of 96,000 jobs in the online retail industry may be replaced, while some 23 percent of finance workers are expected to see their posts totally or partially replaced by AI, the report noted.

Taking the financial industry as an example, the report said that by 2027, there will be 9.93 million employees in the industry, but 22 percent of the jobs in banks, 25 percent in the insurance market and 16 percent in the capital market will be replaced by AI because of the repetitive nature of their work.

"Industrial robots have greatly improved efficiency, and 90 percent of the repetitive work of human labor in the factories which use my company's robots have been replaced by AI," Sun Ying, deputy president of the Zhejiang Robot Association and head of a robotics firm in Hangzhou, told the Global Times.

With China's development in core components of robotics, more human laborers will be replaced, Sun said.

Sun's company mainly provides industrial robots for the detection of flaws and incorrect measurements to the logistics, automobile and optical communication sectors. Sun said that her company's sales revenue reached 200 million yuan ($29 million) in 2016, up from just 600,000 yuan in 2012 when the company was established, and she predicted that the revenue will continue to grow in the future.

Luo Jun, CEO of the International Robotics and Intelligent Equipment Industry Alliance, an industry think tank, told the Global Times that the cost of human laborers in China will soar in a few years with the shrinking of the labor force caused by an aging population.

"Robots with low cost and high efficiency will eventually replace human labor, but it won't happen overnight. Thus human laborers will have time to move to other industries," Luo said.

Adapt to the future

"The report is based on a static analysis, which fails to include new industries and new jobs in the future that are created from the development of China's technology," Cong Yi, a professor at the Tianjin University of Finance and Economics, told the Global Times.

Cong believed that no matter how advanced the AI technology becomes, it still serves as a tool for human beings, and cannot replace human beings over the long term. "Even in the short term, people who are engaging in easy and repetitive work may find their jobs being replaced by robots, but other industries will absorb them. Thus there will be no large-scale unemployment in China," Cong said.

To avoid being replaced by AI, laborers in the future have to learn two major skills. They are digital techniques such as programming and project management, and skills in leadership, creativity and perceptivity, the report said.

"To avoid large scale unemployment, China should transfer its public resources to investing in talent, which includes reforming the education system to focus on comprehensive development and boosting education fairness between urban and rural areas," the report said.

Both Luo and Cong agreed with the report on the need to reform China's education system, and they said that China's universities should train students to develop more skills needed in a world dominated by AI and adapt themselves to the future job market.

In April, the Ministry of Education issued an action plan to promote AI education in universities. According to the plan, universities in China will improve the strength of their AI disciplines and make breakthroughs in basic theory and key technology research by 2020.