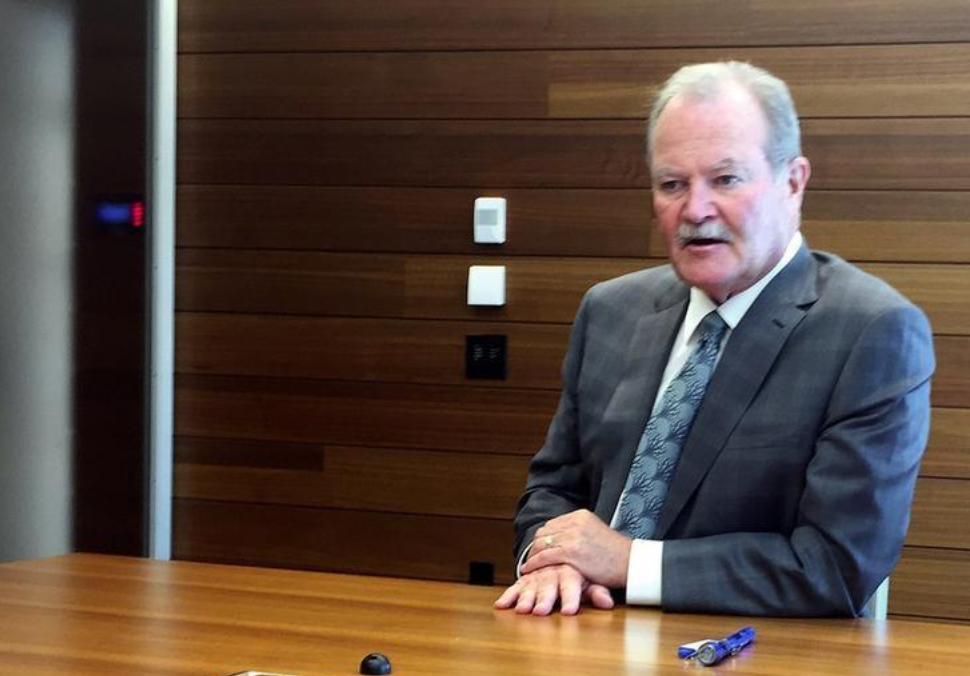 A nonbinding resolution to endorse the executive compensation passed with a majority of votes cast, Chairman Doug Steenland announced, adding that further details would be released later in the day.

AIG’s stock has dropped 13 percent since Duperreault took charge of the company last May.

The company’s pay arrangements include $24.2 million for former CEO Peter Hancock, who stepped down last year under pressure, with a $5 million cash award “for his service through the transition” to Duperreault, according to its annual proxy filing with the US Securities and Exchange Commission in March.

It is unusual for both advisory firms to recommend voting against pay measures for the same company. ISS recommended votes against pay only about 12 percent of the time for companies listed on the broad-based Russell 3000 stock index, an ISS spokesman said.

ISS said one-time awards to Duperreault when he joined the company, including a $12 million cash bonus, were not tied to performance.

AIG’s board compensation committee “believes this award properly motivates Mr. Duperreault to create sustainable, profitable growth for AIG, aligning his interests with those of our shareholders,” the proxy filing states.

Some investors have said they would approve of Duperreault’s pay so long as he performs.

Duperreault has vowed to help the company expand and boost revenue. He has been working to improve underwriting practices, increase a focus on technology and install new executives across the insurer to jumpstart profits.

AIG is preparing to finalize its acquisition of reinsurer Validus Holdings Ltd (VR.N).

But his steps have yet to boost the bottom line.

That figure was similar to the $15.3 million paid to MetLife Inc (MET.N) CEO and Chairman Steven Kandarian in 2016, and less than the $27.1 million paid in 2017 to John Strangfeld, chairman and CEO of Prudential Financial Inc (PRU.N), according to proxy filings by those companies.

AIG shares closed as high as $66.06 on Aug. 3, compared with $61.82 on the first trading day following his mid-May appointment.