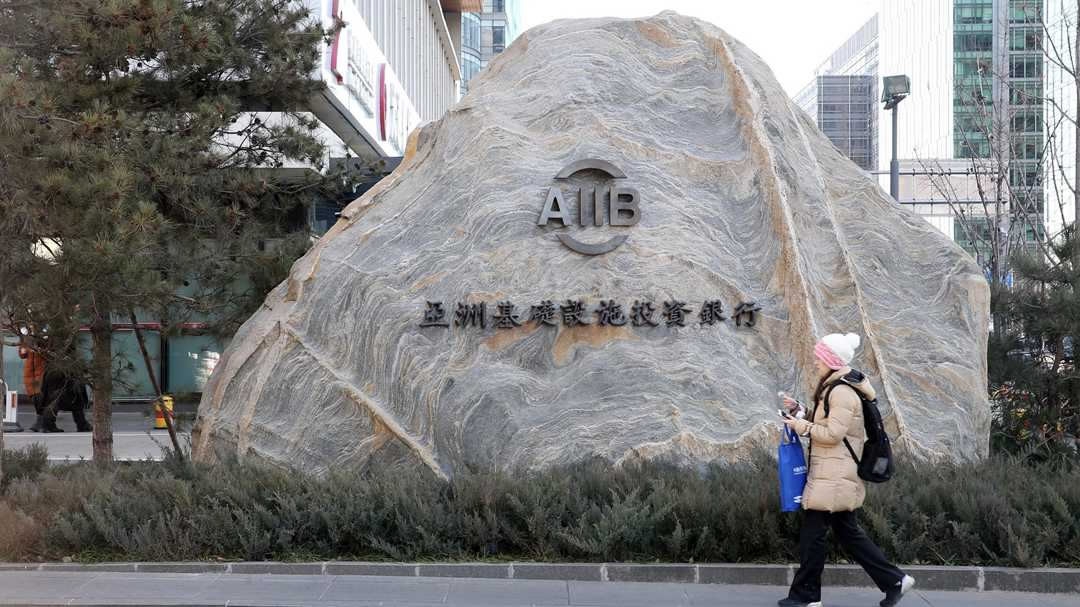 On the eve of celebrating its fifth anniversary in operation, the Asian Infrastructure Investment Bank (AIIB) is rethinking its strategy of financing traditional infrastructure.

The international development bank has identified several key emerging infrastructure trends that will drive the future of investment in previously overlooked infrastructure areas – namely, infrastructure that is green and human-centered, with an eye on technology while enhancing connectivity.

The shift takes place amid the COVID-19 pandemic, which has exposed weaknesses in the infrastructure of many economies, regardless of their development status. It requires the infrastructure sector to manage the short-term public health crisis, as well as mid- to long-term universal challenges like demographic issues, climate change and the ongoing digital transformation.

Jin Liqun, AIIB President and chair of the board, said fostering a health system and addressing climate change are inextricably linked. "We need to promote the intricate emerging pattern of the relationship between climate and health care problems," said Jin. "We will have to explore a new development paradigm that is environmentally smart and ecosystem smart.”

Social infrastructure is on the bank's top priority list, as experts said it is one of the weakest links in the global production chain, having suffered from chronic underinvestment. Investment gaps in basic health and education facilities, in particular, have continued to widen in the last decade.

Besides social infrastructure, digital infrastructure is at the core of ramping up investment, especially in less-developed regions. Experts said COVID-19 has been rapidly heightening awareness of the varied uses of technology in revolutionizing production and life. They said the biggest damper on infra-tech investment fear of having a liquid asset that is likely to underperform.

Although supply chain infrastructure continues to face uncertainties and a slow recovery, experts claim that investing in connectivity for an all-electric future, such as smarter road infrastructure with greater digitalization, is still likely to pay off in the long run. The AIIB believes there should also be a focus on making supply chains more resilient, which implies more investments in warehouse or storage infrastructure.

"New infrastructure development boosted by new technologies will bring more immediate benefits and pay off in the long term. Global trade will eventually open up, and those countries who invest smartly would be ready to capitalize on those opportunities," he said.

In its recently released 10-year corporate strategy, AIIB established clear priorities and ambitious targets in its overall share of financing, with 50 percent for climate action by 2025, 25 to 30 percent for cross-border connectivity by 2030 and 50 percent for private sector operations by 2030.

As global policymakers struggle with the current global health crisis and its immediate aftermath, experts say it is imperative for multilateral development banks, such as the AIIB, to work with the private sector to mobilize much-needed investment. They say a key challenge is to leverage more international capital from the private sector or commercial banks that eye returns.

Jin said it's usually not easy for the private sector to find common ground with multilateral investment banks (MDBs), which pay more attention to development impact. However, he explained that the private sector has been given a bigger role in the new era, with improved environmental and macro policies.

According to Jin, private sector investors may not necessarily look at the highest returns when working with MDBs because their resources are safe.

Over the past five years, the Beijing-initiated organization has nearly doubled in membership since its 2016 launch, making it the second-largest of all multilateral banks around the world. Data shows that it has approved investments in 106 projects totaling nearly $22 billion. The president of AIIB said he's witnessed the development bank's progress in how it operates, including its policies, regulations, staffing and enterprise culture.

As challenges brought about by the pandemic have accelerated change in the overall development of multilateral development banks, the AIIB said it has gained critical experience, the opportunity to further evolve its business model and play a central role in the stability of global finance.

Jin said the bank, like other trend-savvy infrastructure financing investors, will need to remain flexible to navigate the turbulent times ahead to stay the course.

"We will continue to hone our skills and sharpen our investments to deliver products and services that are not only tailored to the clients' immediate needs but also with a view of the long-term development impact," he said, adding that the ultimate goal is to contribute to inclusive and sustainable economic growth and social progress.