BUSINESS Air Canada to rehire 16,500 workers laid off due to pandemic

Air Canada to rehire 16,500 workers laid off due to pandemic 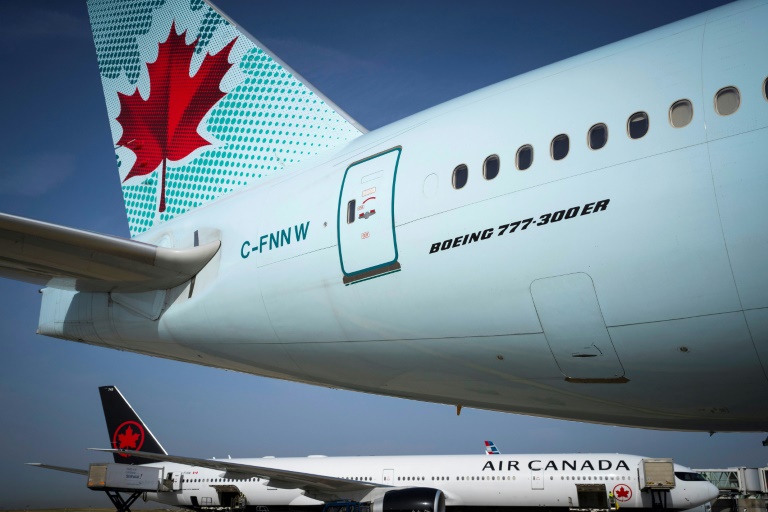 Some 16,500 Air Canada employees who were laid off because of the coronavirus pandemic will be rehired under a government relief package for businesses, the airline said Wednesday.

Prime Minister Justin Trudeau announced during his daily news conference that the program would now be open to companies that suffered a drop of more than 15 percent in their revenues in March, against 30 percent previously.

Air Canada furloughed nearly half of its Canada-based workforce of 36,000 on March 30 after seeing business abruptly dry up by more than 90 percent as country after country imposed travel restrictions and people stopped flying.

The Canadian government stepped in April 1 with the emergency wage subsidy plan designed to help employers keep their workers or bring back ones that were laid off because of the pandemic.

It is retroactive to March 15 and the government will pay 75 percent of hard-hit companies' payrolls through June 6.

Air Canada said that under the "CEWS" relief package it will bring back the people it had furloughed.

"Subject to its adoption into law substantially as announced, Air Canada intends to adopt the CEWS for the benefit of its 36,000 Canadian-based employee workforce," the company said in a statement.

"It's going to be a hard day for the country," he said. "But I know that if we pull together, our economy will come roaring back after this crisis."

More than four million people have applied for emergency aid offered by the government since mid-March, about one fifth of the country's active population.

The figures point to an explosion in the unemployment rate for March from 5.6 percent in February.

Canada on Wednesday had more than 19,000 officially declared cases of coronavirus, and 456 deaths.