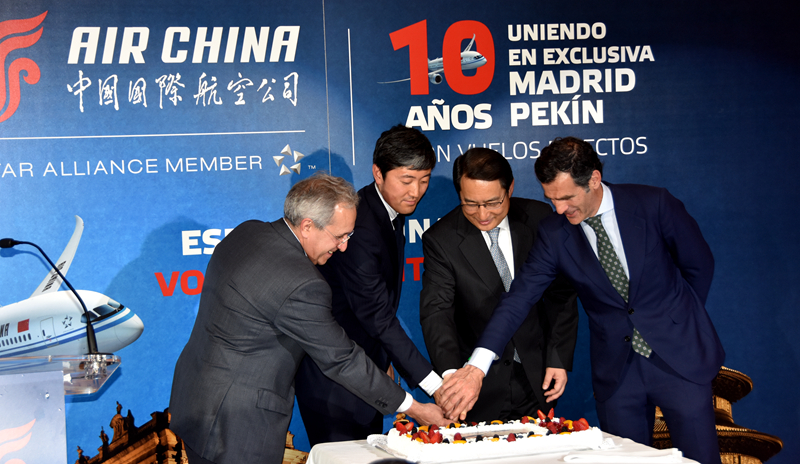 MADRID, Nov. 26 (Xinhua) -- As the first airliner running direct flight routes between China and Spain, Air China has helped facilitate exchanges between the two countries and is ready to do more, said Han Pengyu, head of Air China in Spain.

Han told Xinhua in a recent interview that as China-Spain ties have been booming in all areas, the company is ready to do more based on the demands of the Spanish market.

The company may use more advanced planes to fly its Spanish routes and will increase passenger volume, said Han.

Since 2015, over 620,000 passengers have flown with Air China's Spanish routes, according to Han.

In recent years, Air China has strived to improve its quality of service for a better passenger experience. In addition, the company has put the Boeing 787-9 on the route, enabling a shorter flying time and more comfortable flight experience.

"As a major tourist destination in the world, Spain hopes to attract more Chinese travelers. With the direct routes between China and Spain, Air China has facilitated touristic and cultural exchange," said Han.

In 2010, Air China received Spain's highest tourism industry award, the "Plaque for Tourist Merit." It is the first time that the Spanish government gave a Chinese airline the award to honor its contributions to promoting tourism in Spain.

"We will do our best to facilitate trade, tourism and cultural exchanges between China and Spain," said Han.