Sales revenues of China's air conditioner industry are expected to rise slightly in the second half of this year, while prices are likely to drop owing to the decline of raw material prices and the increasing supply of air conditioners from major home appliance makers, a new report said. 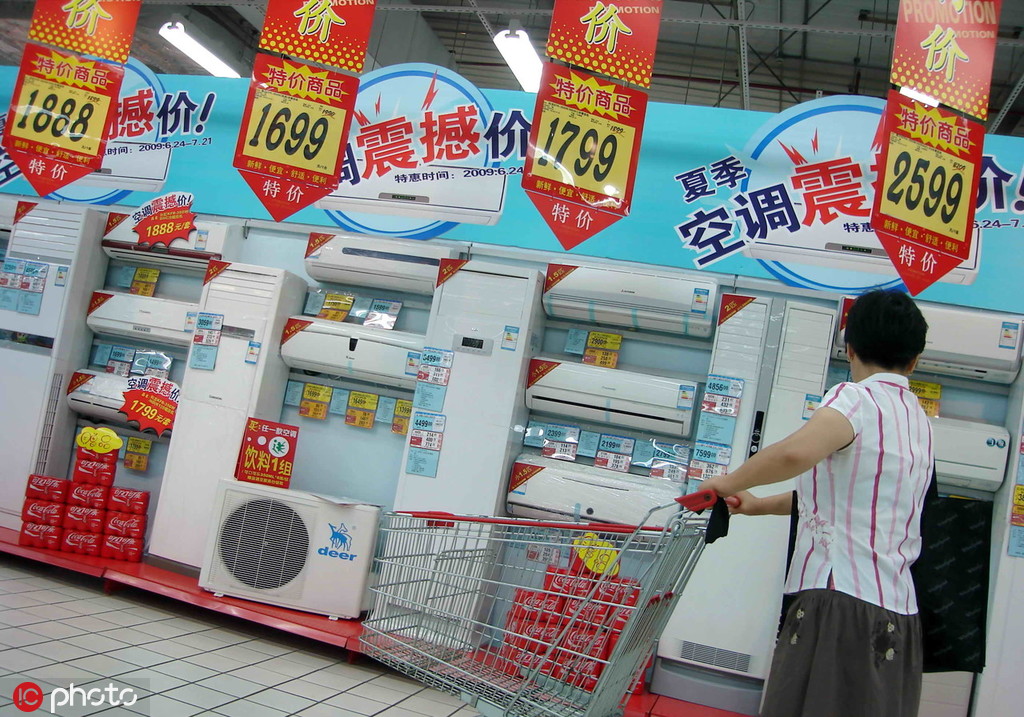 New energy efficiency standards, which will be released by the end of this year at the earliest, will boost rapid growth of variable-frequency air conditioners. (Photo: IC)

New energy efficiency standards, which will be released by the end of this year at the earliest, will boost rapid growth of variable-frequency air conditioners, according to the Beijing-based market consultancy All View Cloud, or AVC.

Sales of air conditioners reached 33.7 million units in the first half of 2019, a slight increase of 1.5 percent compared with the same period last year, while related sales revenue totaled 113.7 billion yuan ($16.5 billion), down 1.4 percent year-on-year.

The market share of three major domestic home appliance makers including Midea, Aux and Gree has risen 4.2 percent in the first half of this year.

"The slowdown of the real estate industry in 2018 restrained increasing demand for air conditioners. However, the expansion of brick-and-mortar stores selling home appliances in lower-tier cities and towns has effectively unleashed the consumption demand from rural areas," said Wang Yongtao, senior research manager of the white goods unit at All View Cloud.