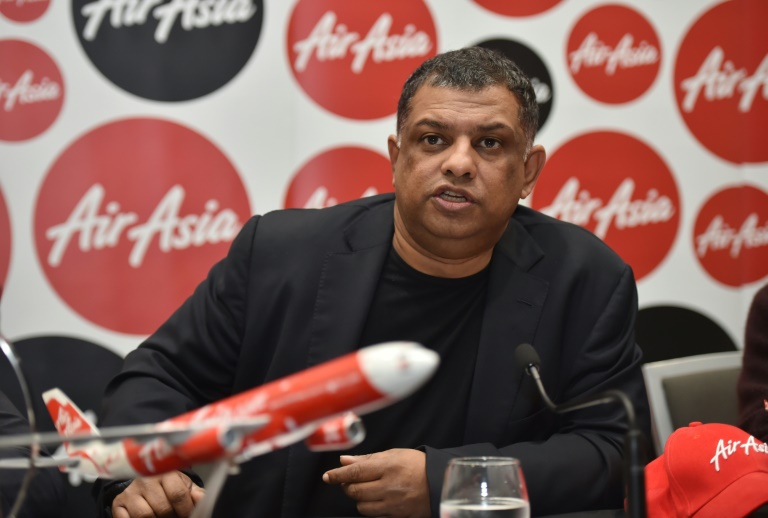 The Central Bureau of Investigation said Tuesday it was probing allegations that Fernandes illicitly lobbied Indian officials for favourable treatment for his Malaysian-based carrier.Officers raided AirAsia offices in major Indian cities as part of its investigation. AirAsia has denied any wrongdoing.

The carrier's shares fell as much as 6.3 percent to 3.10 ringgit (78 cents) in Kuala Lumpur, their lowest level since late November, before edging back up.

The investigation is a blow in a market that AirAsia had singled out as a major destination to expand.

Corrine Png, CEO of Asian transport equity consultancy Crucial Perspective, told AFP investors might be concerned as "investigations are likely to impede" plans by AirAsia India to expand out of the domestic market next year.

"International flights will be more lucrative for AirAsia India than domestic operations where competition is stiff."

But she also noted that the impact on AirAsia as a whole was likely to be minor as the India branch was only a small part of the company.

Fernandes was accused by investigators of campaigning to have aviation regulations relaxed in his favour, the Press Trust of India news agency reported.

One of these was the so-called 5/20 rule stipulating that companies must have five years of domestic experience and a fleet of 20 aircraft before being eligible to operate abroad.

Fernandes, a millionaire ex-music executive, has styled himself as Asia's answer to British tycoon Richard Branson.

-- Bloomberg News contributed to this report --