The chief executive of Airbus has warned it could move its UK operations out of the country in the event there is a departure from the European Union without a deal. 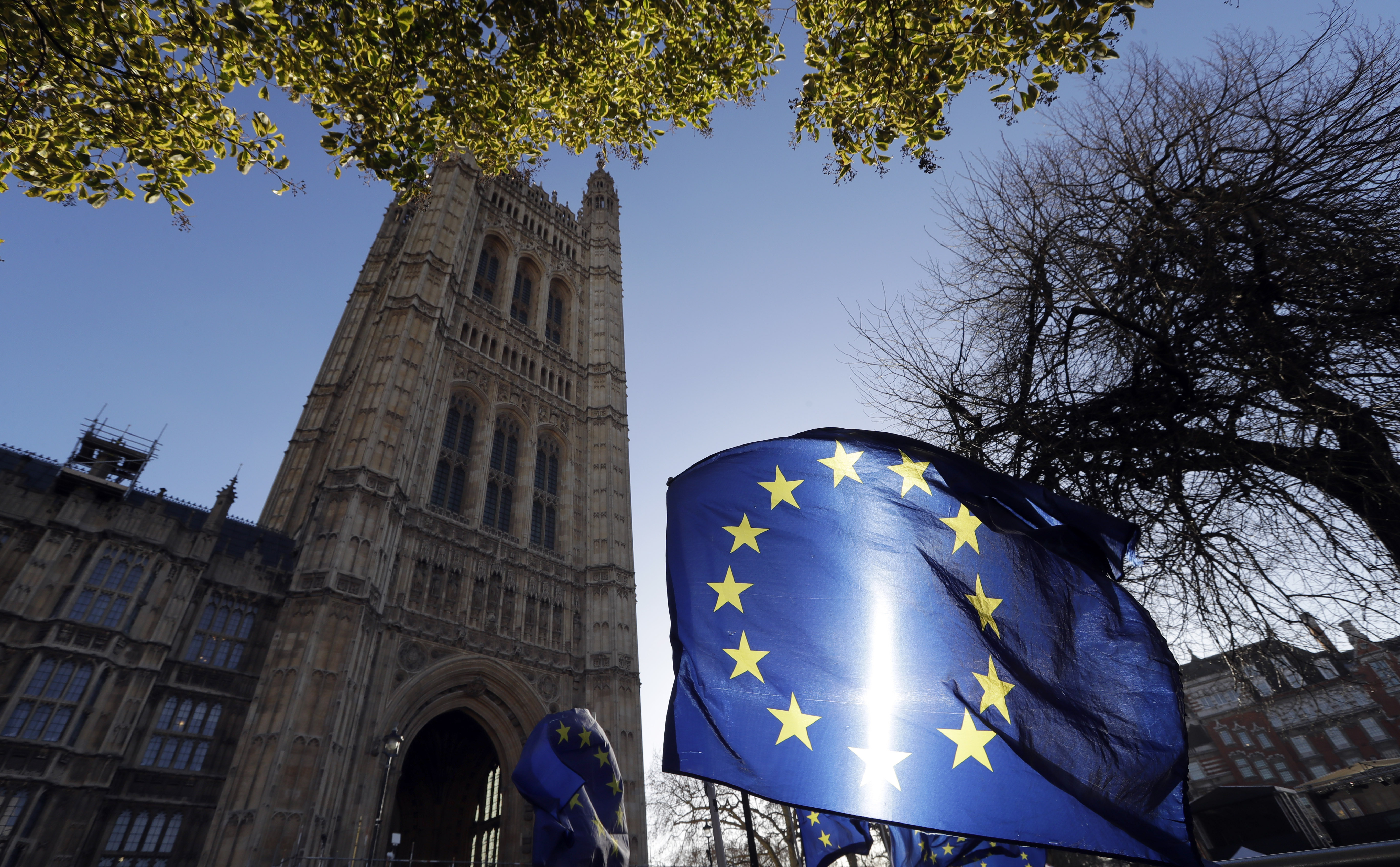 In this Jan. 22, 2019, file photo, the sun shines through European Union flags tied to railings outside parliament in London. The prospect of restoring a hard border between Ireland and Northern Ireland once Britain leaves the EU has raised fears or a return to the old reality where British army checkpoints, shootings, bombings and gun-smuggling were the norm.（Photo: AP）

Tom Enders issued a sharply worded statement Thursday, flatly warning that Brexit is threatening to destroy a century of development in the United Kingdom, a global leader in aviation. He declared that the country now stands at a precipice.

Enders urged the country not to "listen to the Brexiteers' madness which asserts that, because we have huge plants here, we will not move and we will always be here. They are wrong."

Airbus has more 14,000 employees in Britain with a further roughly 110,000 working in jobs supported by Airbus programs.