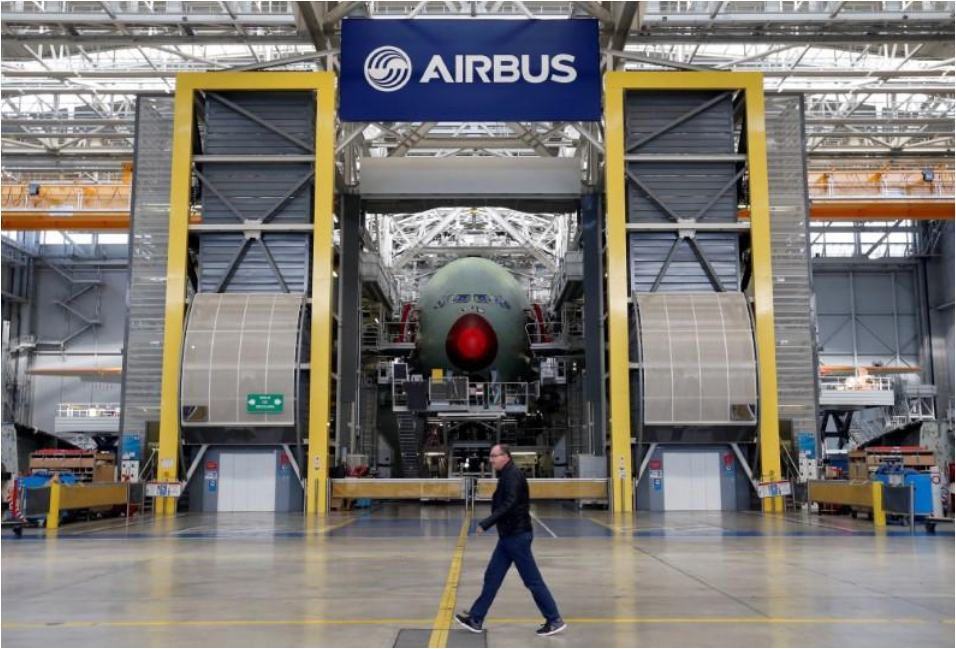 Airbus announced a 17 percent drop in planned 2019 deliveries of its most successful wide-body jet on Friday, following a series of order defeats to rival Boeing, while leaving some analysts scratching their heads over plans for the much healthier A320.

Europe’s largest aerospace group is simultaneously juggling a drop in demand for its A330 wide-body jet - the only one of its class on which it currently makes a profit - against record demand for bread-and-butter models like the A320.

Airbus said it was reducing deliveries of the 250-300-seat A330 to around 50 aircraft in 2019, compared with 67 last year and 60 planned for 2018. That comes after an upgraded version due to enter service this year failed to sell as it had hoped.

The production slowdown came as Airbus posted a slender - though better than expected - core profit in the first quarter after delays in engine deliveries for its smaller A320neo.

Together, the A320 and A330 families generate most of the cash and income needed to support future developments and other activities at the maker of airplanes, rockets and fighters.

While the narrowbody A320neo remains a best-seller, with Airbus recently unable to produce the jets fast enough due to engine supply problems, the upgraded A330neo has been losing ground to the newer Boeing 787 at carriers like American Airlines and Hawaiian Airlines.

“We knew (the first quarter) was going to be grisly – and it is,” said Jefferies analyst Sandy Morris in a note.

“The A330 going down to 50 (a year) is overtly bad news, but we have suspected for some time the A330’s slow sales could mean A350 production moves up at some point,” he added.

Shares in Airbus dipped just over 1 percent on the results, before bouncing up 2 percent in late trading.

Airbus reaffirmed full-year forecasts, however, predicting that A320neo deliveries would speed up later this year after a two-month break in some deliveries due to engine snags.

Analysts were on average expecting a 23.9 million euro quarterly operating loss on revenues of 10.21 billion.

Airbus said it saw continued strong demand for narrowbody jets like the A320, allowing it to explore future production rates of “70 or 70-plus” a month, up from around 55 a month now.

But it rowed back on recent indications that it planned to accelerate its goal in the short term, after an Airbus spokesman earlier this week confirmed a report that it planned to increase output to 63 a month in 2019, instead of 60.

Finance Director Harald Wilhelm said Airbus was only asking for “surge capacity” of that level and the only commitment was for 60 aircraft a month, while redefining that goal as a delivery target rather than a production figure.

“We were surprised by the slightly confusing description of A320 production rates,” Agency Partners analyst Sash Tusa said in a note, while another called the presentation “cryptic”.

Wilhelm stressed Airbus had not changed plans since 2015.

Industry sources said Airbus had asked key suppliers to ensure their capital investments would support or “protect” a possible production rate of 63 if Airbus needed it.

Airbus is keen to lock in a recent advantage over Boeing in narrowbody jets by speeding up the rate at which it turns orders into deliveries, but faces pushback from some engine makers over the rate which sets a drumbeat for components plants worldwide.

The head of France’s Safran  this week warned against hasty production increases as suppliers work through an unprecedented speed-up plan already in motion.

Germany’s MTU Aero Engines  said on Wednesday it too was cautious, because of tight supply chains.