BUSINESS Airbus fights to defend A330 as order decisions loom

Airbus fights to defend A330 as order decisions loom 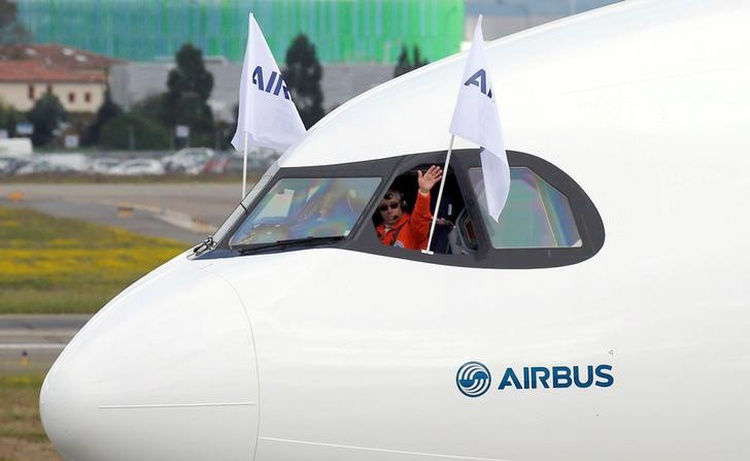 A pilot celebrate in an Airbus A330neo aircraft after its maiden flight event in Colomiers near Toulouse, France, October 19, 2017. REUTERS/Regis Duvignau

American Airlines (AAL.O) said in January it was reviewing the Boeing 787-9 Dreamliner and shorter-range Airbus A330-900, which is in test flights before entering service this summer.

The U.S. airline aims to buy some 25-30 wide-body jets and could make a decision in coming days, one of the sources said.

“We are still evaluating our widebody options,” a spokesman for the airline said.

Even Boeing’s most vigorous supporters doubt Airbus would give up on the A330neo, which is key for its bottom line, but the contest marks the latest in a series of battles between Boeing’s newest long-haul jet in the air, the 787 Dreamliner, and upcoming A330neo - a market-share feud that has consumed the two planemakers for the past nine months or more.

Level, a long-haul budget carrier recently set up by British Airways owner IAG (ICAG.L), is also closing in on an order for about 8 planes in the same segment, the sources said.

“We’ll wait and see and we’ll take advantage of whatever aircraft is available,” IAG boss Willie Walsh said on Tuesday.

Airbus has had patchy results with the latest version of its money-spinning A330, relaunched in 2014 with efficient new Rolls-Royce (RRR.L) engines, and has made boosting sales one of its top priorities this year.

A330 family output has fallen to six a month from a peak of 10, making the success or failure of Airbus’s only profitable wide-body line a key topic for investors.

“The A330 makes money and generates cash, while absorbing a great deal of overhead,” said Sash Tusa, aerospace analyst at Agency Partners, adding that its long list of customers was useful to Airbus when it came to marketing other planes.

Jitters over the future of the A330neo became apparent when AirAsia, one of Airbus’s largest customers, toyed with the idea of switching to Boeing’s 787.

Its decision to uphold an order for 66 jets, first reported by Reuters, eased pressure on the A330neo but analysts say that could change if it feels too exposed as the dominant buyer..

The last major A330neo order was for 28 planes from IranAir but doubts are growing whether that can be implemented any time soon due to U.S. concerns about a nuclear sanctions deal.

Now, sources say Hawaiian Airlines has dropped an order for A330neos for the 787, a switch first reported by Leeham News.

With that in mind, industry sources agree Airbus is under intense pressure to win at American, preventing further output cuts and gaining valuable bragging rights in future contests across Asia.

Keeping the A330neo in the game would also leave less space for a new mid-market plane that Boeing is thinking of launching as early as this year - a 225-275-seat model that partly competes with the A330 family.

An Airbus spokesman declined to comment on specific contests, but said, “Many campaigns are ongoing, building on the 110 airlines who are operating the A330 family today.”

After trouncing Airbus in wide-body sales last year, Boeing aims to seize the advantage by targeting Airbus’s slow-selling A330neo with further sales of its competing 787.

Some analysts have speculated Boeing would also revive the passenger version of its 767 as a cheaper alternative to the A330, but an executive ruled this out.

But keeping A330neo output to a minimum would leave Airbus increasingly dependent on one model, the much newer A350-900, for its position in the wide-body market - mirroring Boeing’s predicament in the Airbus-led narrowbody market.

As the two marketing armies chase around the globe to the next 787-A330 dog fight, Australia’s Qantas (QAN.AX) and Air New Zealand could be next to step into the battle, sources said.