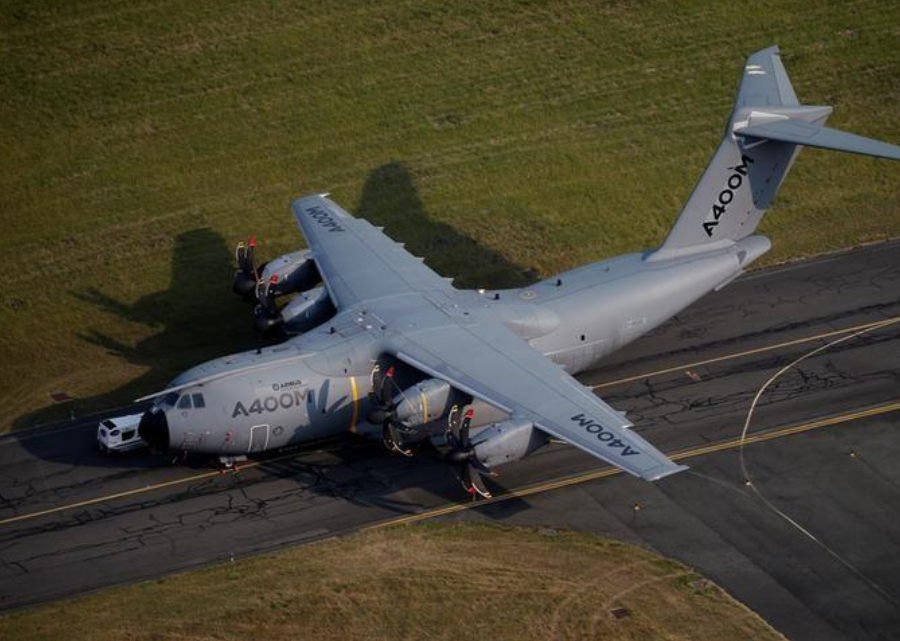 Airbus had already taken a writedown of 1.2 billion euros one year ago after the A400M - ordered by Belgium, Britain, France, Germany, Luxembourg, Spain and Turkey - suffered engine gearbox problems and delays in fitting parachuting capacity and advanced defenses.

On Wednesday, Airbus said: “An increase to the Loss Making Contract provision on the program, which may be material, is under assessment for the full year 2017 results which will be disclosed on 15 February 2018.”

“With a clear roadmap in place, the remaining exposure going forward would be more limited,” it said.

The company, which has been urging the seven countries to cap its exposure to fines and payment delays, confirmed a Reuters report published earlier Wednesday about the pending agreement.

It said the buyers had agreed to work on a number of contractual changes, including a revamped delivery plan and a new roadmap for development and completion of military capabilities for the A400M.

“This agreement with our customers is an important step to further mitigate risks remaining on the A400M program,” Airbus chief executive Tom Enders said in a statement.

He said the program had been plagued since its inception in 2003 with operational issues, a flawed contractual set-up and an insufficient budget, which had resulted in significant losses for the company.

“We have a good chance to stop or at least reduce the bleeding now and deliver the capabilities our customers need,” he said.

Airbus last year cited “huge losses” on the project and warned of “significant risks” ahead. The program was initially valued at 20 billion euros but its cost has ballooned to well over 30 billion, sources told Reuters last year.

NATO buyers agreed in principle to revamp the delivery schedule and requirements for the plane during a meeting in London on Monday. The deal was finalised in recent days.

The buyer countries issued a brief communique on Monday about the agreement, and said Monday’s meeting had been “productive”.

“The discussions focused on the progress and the next steps on the A400M program which is already delivering much welcomed initial operational capability to several of the Partner Nations Air Forces,” the ministerial communique said.

Airbus must still work out the exact terms and conditions with each of the individual buyers, a source familiar with the decision said.

A spokesman for the German defense ministry said details still had to be worked out, but the agreement meant that Germany’s 53rd and final A400M transporter would now likely be delivered in 2026, several years later than initially planned.

He said the ministry welcomed Airbus recommitting itself to the A400M program, which meant the Bundeswehr could now expect to receive aircraft that met its requirements.

The countries acknowledged during the meeting that the program’s problems were caused in part by fresh demands that they had imposed on the program, the source said.

One industry executive said the agreement would provide some relief for Airbus and its suppliers after years of mounting tension between buyer nations and the companies.