Airbus says no-deal Brexit would threaten its role in UK

Airbus issued its strongest warning yet over the impact of Britain’s departure from the European Union, saying a withdrawal without a deal would force it to reconsider its long-term position and put thousands of British jobs at risk. 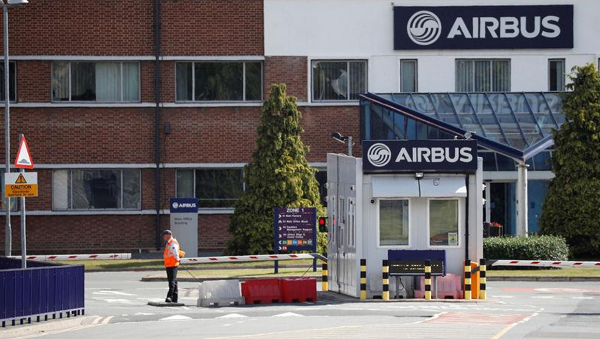 A security guard stands at the entrance to Airbus' wing assembly plant at Broughton, near Chester, Britain, June 22, 2018. (Photos: Reuters)

In a memorandum issued late on Thursday, Airbus said current plans for a transition period ending in December 2020 were still too short for the European planemaker to adapt its supply chain and would prevent it from expanding its British supplier base.

Airbus, which makes wings for all its passenger jets in Britain, said that leaving both the EU’s single market and customs union immediately and without any agreed transition would lead to “severe disruption and interruption” of production.

Two years on from the Brexit vote, businesses are starting to speak out over uncertainty about the trading and regulatory environment once Britain leaves the EU next March.

Echoing calls from Germany’s Siemens earlier this week, Airbus said it needed immediate details on how its operations would have to be organised. 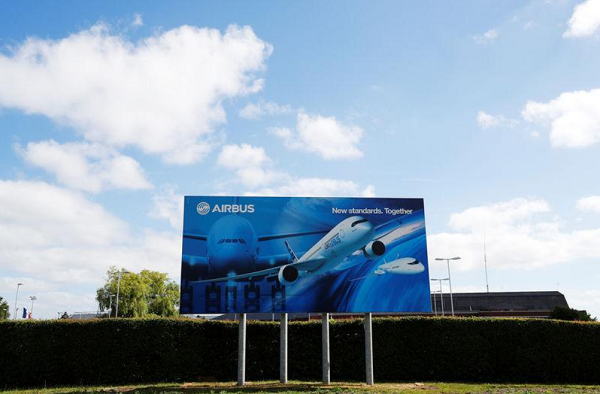 A branded poster is seen at the entrance to Airbus' wing assembly plant at Broughton, near Chester, Britain, June 22, 2018.

Airbus in total supports 100,000 jobs in Britain, with 14,000 people directly employed by the company, Williams said.

Airbus said it could not make decisions about new investment in Britain, including in its next generation of wings, without a clear Brexit deal.

“We have to come to the point where we have to make decisions, and quite often those decisions are long term in nature, and without clarity then it’s too dangerous for us to proceed,” Williams told BBC radio on Friday.

“When we look at the next generation of wings, which is called ‘Wing of the Future’, we are working on that today in development in the UK and clearly now we are seriously considering whether we should continue that development or find alternative solutions.”

A British government spokeswoman said: “We have made significant progress towards agreeing a deep and special partnership with the EU to ensure trade remains as free and frictionless as possible, including in the aerospace sector, and we’re confident of getting a good deal that is mutually beneficial.

“Given the good progress that we are continuing to make in the negotiations we do not expect a no-deal scenario to arise.” 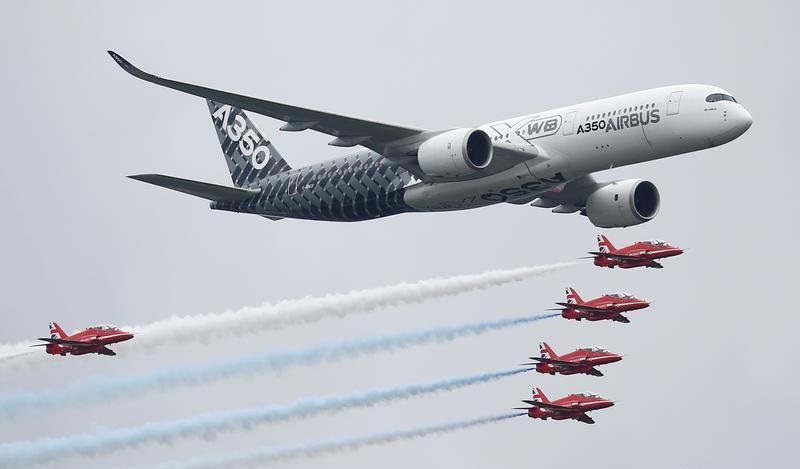 Airbus, however, is already beginning to press the button on its crisis actions, for example concerning its supply chain.

In a document setting out risks linked to Brexit, the company said it would need a 1-billion-euro extra stockpile of parts to cope with extra disruption. It warned in March that it would need to build up a special buffer stock.

Industry analysts say Airbus would be unlikely to pull out of Britain abruptly because of long lead times and a waiting-list of up to eight years for its planes.

But there is already expected to be competition to build wings for the next generation of single-aisle jets, whose development could begin around the middle of next decade.

Germany, Spain or emerging aerospace suppliers such as South Korea are seen as possible candidates to take work.

Airbus says it buys 16 percent of its parts from Britain. A significant share of this spending goes on parts that could not readily be shifted, such as Rolls-Royce engines. But the company says it may rein in new spending in the country.

Prime Minister Theresa May won a crucial Brexit vote in parliament on Wednesday, keeping her divided government’s plans to end more than 40 years of British partnership with the European Union on track.

However, talks with the bloc have all but stalled, with May’s top team of ministers at odds over plans for future trading relations with the EU. Businesses complain that makes them unable to plan their investment decisions.