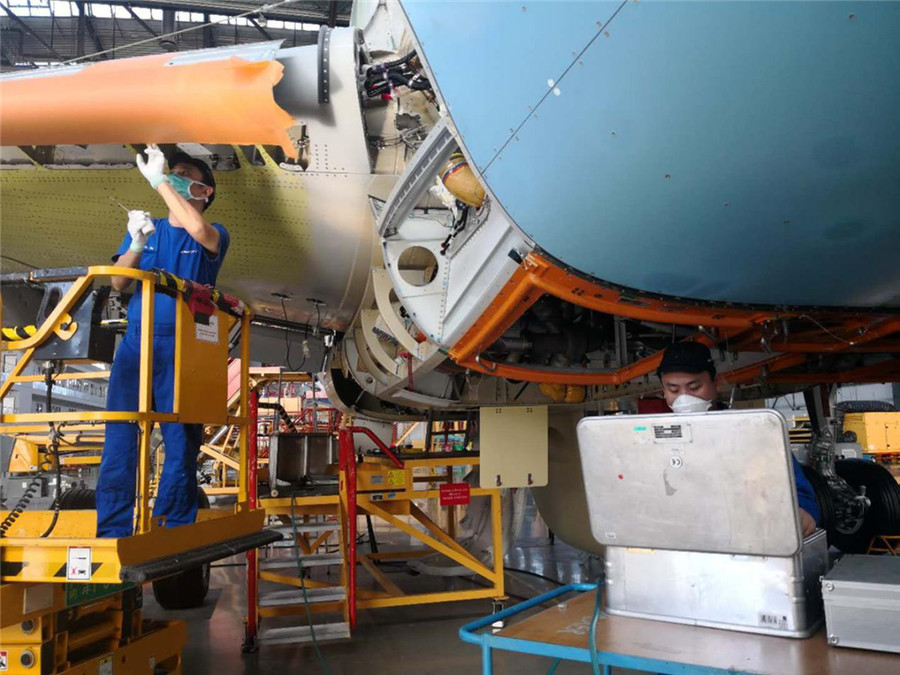 The Airbus Tianjin final assembly line in North China's Tianjin municipality has delivered an A319 aircraft to Nepal Himalaya Airlines.

The company said this represents its first overseas delivery after resuming work since the outbreak of the novel coronavirus (COVID-19) and the 17th aircraft that the plant has produced for overseas clients.

The A319 aircraft delivered to Nepal is equipped with a CFM-56 engine and 128 seats, including eight business class seats and 120 economy class seats. The plane is expected to serve on the Nepal-China route.