BUSINESS Airbus to start A350 deliveries from Tianjin

Airbus to start A350 deliveries from Tianjin 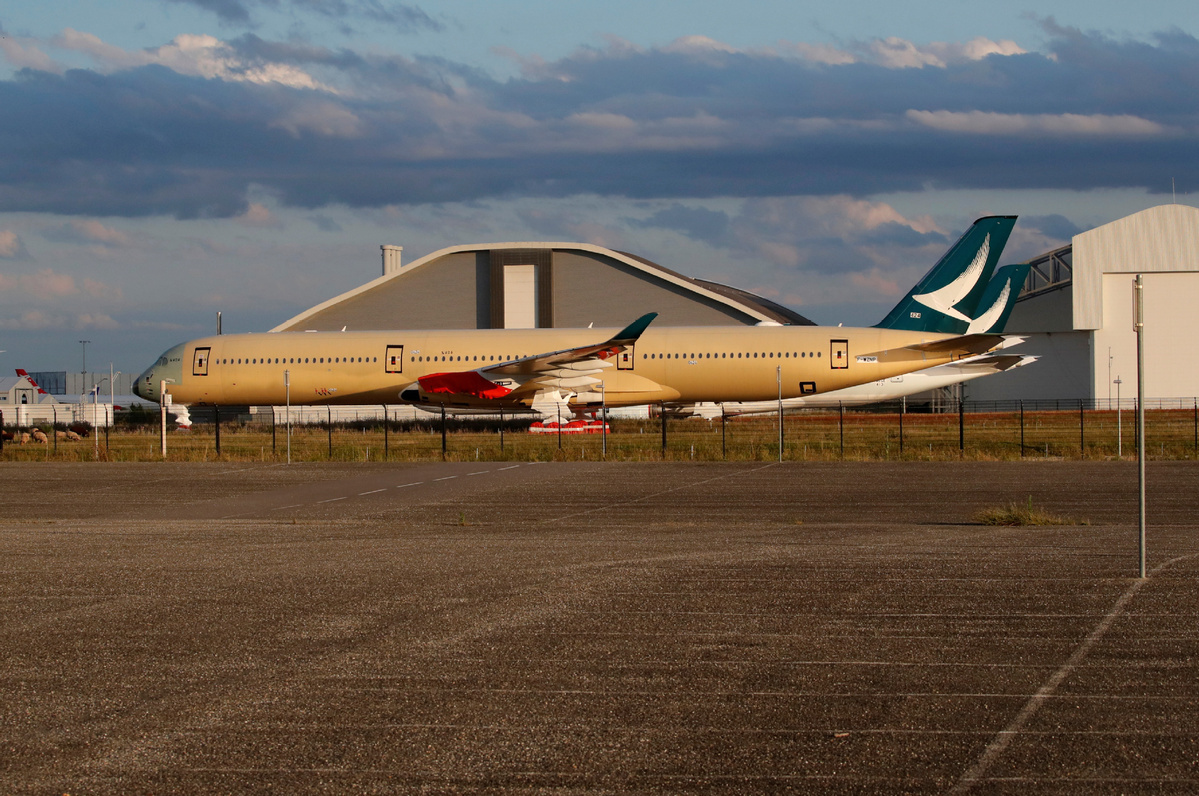 A350 passenger aircraft are seen at the Airbus factory in Blagnac near Toulouse in France, June 18, 2020. (Photo: Agencies)

European aircraft manufacturer Airbus said on Thursday that it is expected to deliver widebody A350 aircraft from its completion and delivery center in Tianjin from the first quarter of next year.

"At the beginning, the delivery rate of A350 from Tianjin won't be too fast, and we plan to gradually increase the delivery rate to about one aircraft a month. China will become a very important strategic market for Airbus," said George Xu, CEO of Airbus China.

Meanwhile, Airbus delivered its 500th A320 family aircraft from its final assembly line in Tianjin to China Southern Airlines on Thursday. By the end of September, China Southern, the largest carrier in terms of fleet size in China, had an Airbus fleet of 368 aircraft, comprising A320,A330, A350 and A380.

"The delivery of the 500th A320 family aircraft, an A320neo, assembled in Tianjin, is an important achievement of Airbus in China. It is a testimony to the excellent industrial cooperation between the Chinese aviation industry and Airbus. We are ready to develop and grow our strategic partnership in China," Xu said.

The Tianjin facility, which has been in operation for 12 years, has helped Airbus increase its market share in the country and steal a march over its US rival Boeing Co. In addition, Airbus has A320 family production facilities globally in Toulouse of France, Hamburg of Germany, and Mobile, Alabama of the United States.

Since the COVID-19 outbreak, which had an unprecedented negative effect on the global aviation industry, China has been the first major market where Airbus has seen a recovery in demand, and the Tianjin center was one of the earliest facilities of Airbus that resumed regular production.

"Given the ongoing pandemic worldwide, China has been doing well in the prevention and control of the contagion and resuming business. Airbus has been actively localizing its business in China and integrating itself into the aviation industrial chain in the country. It's the right strategy and will be a multi-win decision for different participants," said Lin Zhijie, an aviation industry analyst and a columnist with Carnoc, a leading civil aviation website.

China's domestic air travel market is steadily picking up. Last month, the number of passengers who took flights reached 98 percent of the level recorded at the same time last year, and the number of available domestic flights surpassed that in the year-earlier period, according to the Civil Aviation Administration of China.