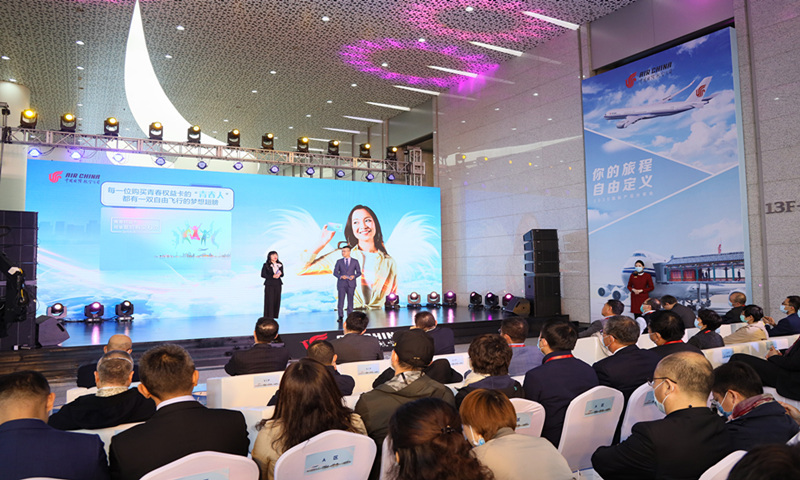 Air China will release its flight schedule for 2020 winter and spring season on Sunday. (Photo: Courtesy of Air China)

The aviation industry is about to get the schedule for winter season from October 25, and mapping more domestic routes is obviously the choice for Chinese airlines as they try to save themselves from losses.

Air China will release its flight schedule for 2020 winter and spring season on Sunday. Under the plan, 1,287 flights will be operated on domestic routes daily, up 22.5 percent year-on-year. The plan for international flights will continue to follow the Five-One policy, and the carrier will actively increase new flights accordingly based on the policy change.

Air China is not alone. As the new season is coming, other carries are also busy opening new routes as well.

Chengdu Airlines also said it will have a total of 95 routes in the coming new season, including more than 20 newly opened. 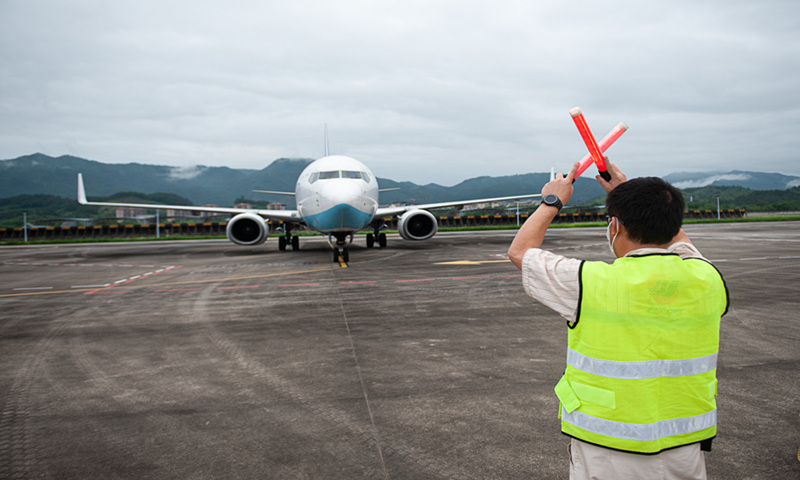 Shenzhen airport said in the winter and spring season, from Sunday to March 27, 2021, the airport plans to welcome more than 7,600 flights per week, of which the number of domestic flights will be 10 percent higher than the same period last year.

Insiders said the increased routes, which are almost all domestic routes, show the carriers are attaching much importance to the domestic market as the industry is still running in loss.

The industry has suffered severe losses since the outbreak of the pandemic, losing 34.25 billion yuan ($5.13 billion) in the second quarter, 3.85 billion yuan less than in the first quarter, the Civil Aviation Administration of China (CAAC) said earlier.

The Chinese aviation market's performance is in line with a report from the International Air Transport Association (IATA), which said China's carriers posted a 49.9 percent year-on-year decline in traffic in May, significantly improved from the 64.6 percent drop recorded in April.

To woo customers, carriers are looking for different ways to boost the aviation market.

China Eastern in June met with an enthusiastic response after it launched a program to allow passengers to pay 3,322 yuan to "fly freely" across China on the weekends, with tickets valid until the end of the year.

The company said that more than 65,000 tickets were booked via the airlines' app on Saturday and Sunday, the first weekend after the program was launched.

HNA Group said later that its 12 airlines will join the "fly freely" program, with packages priced from 2,099 yuan per person.

Air China also updated its travel products. Among the products, three cards for private travel, including the "dual-city card", "curiosity card" and "youth card", stand out in their fresh design on Thursday.

The "dual-city card" targets customers frequently travelling between two cities, and each card contains multiple coupons for discounts on certain direct flights between the two cities. "Curiosity card" can secure favorable prices in advance, below the market prices on Air China's website.

The "youth card" caters to members of the Phoenix Miles club aged between 18 and 25. Youth card holders can enjoy six upgrades of services for economy class flights carried by Air China. For business travel, Air China has upgraded its cooperation with big clients, providing customized flight solutions for customers.

The Chinese aviation industry also witnessed a fancy boom since the virus swept the world for more than eight months, and the recent eight-day National Day holidays have given a boost to the industry's recovery. The Double 11 shopping festival is believed to give another boost to the industry.

On Wednesday, the first day that the presale of this year's Double 11 shopping festival began, a total of 11 airline groups - including Hainan Airlines, have unveiled their "fly freely" program on Alibaba's online travel platform Fliggy.

The program, which enables consumers to take flights undertaken by those carriers "unlimited times," covers more than 1,000 air routes, with the lowest price at 999 yuan.

At a two-hour online live broadcast organized by Hainan Airlines on Wednesday, air tickets worth 80 million yuan were sold, pointing to a robust rebound in China's aviation market.

However, China will continue the suspension of travel agencies' cross-border group tour services as well as combined services for plane tickets and hotel reservations, the Ministry of Culture and Tourism said on Wednesday, which is believed to not give more choices to the overseas routes.