Algeria’s economy will improve this year, Prime Minister Ahmed Ouyahia said on Saturday, as revenue from the OPEC member’s oil and natural gas exports picks up after falling by half since 2014. 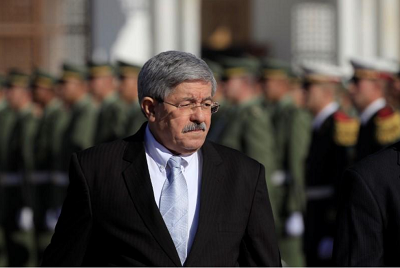 “2017 has been a difficult year, but 2018 will be much better,” Ouyahia told reporters, adding that unemployment had risen to 11.7 percent last year.

Oil and natural gas exports increased 25 percent to $7.1 billion in the first two months of 2018, up from $5.67 billion in the same period a year earlier, according to official data.

Algeria is a major gas supplier to Europe and relies heavily on revenue from energy exports. They account for 95 percent of its total exports and 60 percent of the state budget.

To cut down spending, the North African country wants to reform, with the help of the World Bank, its subsidy system offering cheap petrol, power and housing to citizens.

“Our subsidy policy is to be corrected, but underprivileged sections will not be victims of this revision,” Ouyahia said.

“The middle class will be protected and the state will not give up on low-income citizens,” he said, adding that the reforms would not be implemented this year.

He also said agricultural production would improve due to better rains.

Ouyahia also confirmed he will not run in next year’s presidential election as speculation grows that veteran President Abdelaziz Bouteflika, 81, will seek a fifth term.

Bouteflika, in office sine 1999, has largely disappeared from public view since suffering a stroke in 2013.

“We can only be proud if the president decides to run,” said Ouyahia, who leads the pro-government National Rally for Democracy (RND) party.

In a possible sign that authorities are paving the way for a fifth term, Ouyahia said a campaign would be launched to showcase the president’s achievements.

“It is important ... to show where the $1,000 billion (in energy revenues) were spent during four terms,” Ouyahia said.

Bouteflika can also count on the support of the ruling party FLN, and thousands of former fighters who have accepted a partial amnesty offer to lay down arms ending a civil war with Islamists in the 1990s.