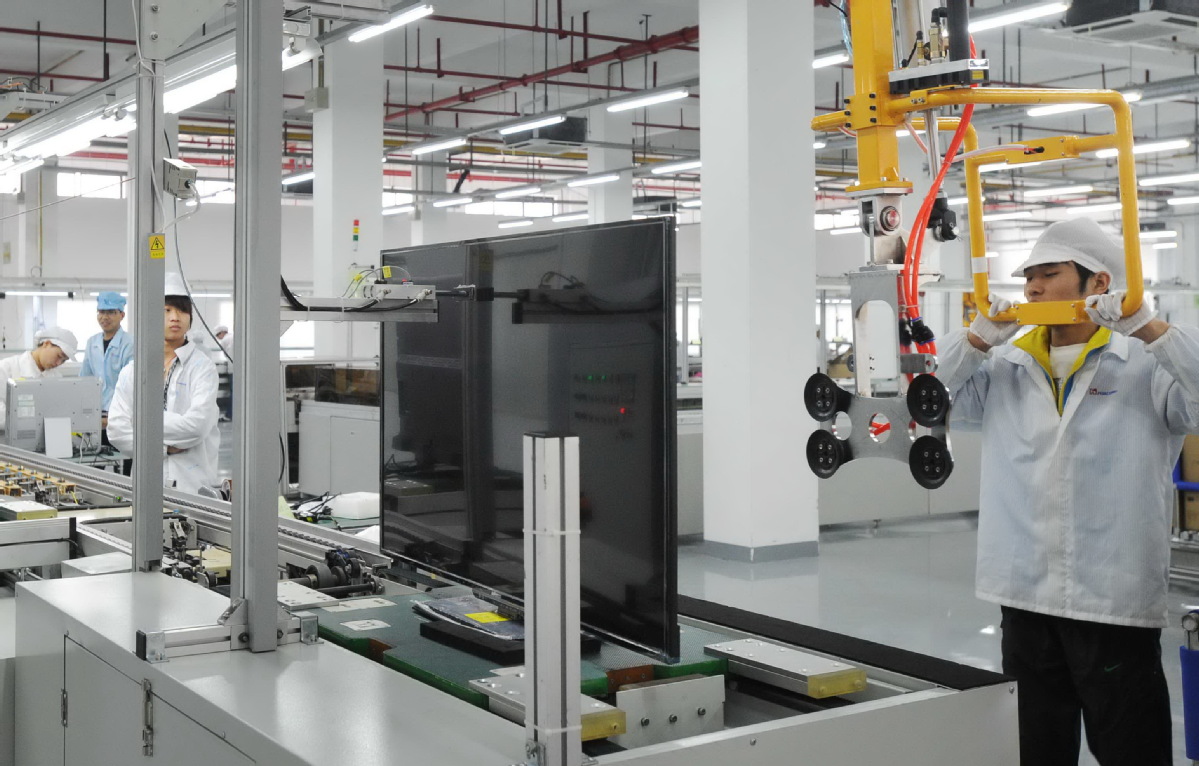 An employee of Foxconn puts the finishing touches to a display screen at a facility in Guiyang, Guizhou province. [Photo provided to China Daily]

The companies are buying 21.8 million shares each in FII's listing at 13.77 yuan ($2.2) apiece, the firm said in a statement to the Shanghai Stock Exchange on Sunday.

FII plans to raise 27.1 billion yuan in a Shanghai listing to bankroll projects in areas from smart manufacturing, cloud computing, the internet of things to fifth-generation wireless technologies. Hon Hai's shares rose 2.66 percent to close at NT$88.8 ($3) in Taipei on Monday.

The listing is widely seen as a step for Foxconn Technology Group to wean itself off heavy reliance on manufacturing smartphones for the California-based iPhone maker and to diversify into new areas.

The industrial internet will witness explosive growth, and there will be more than 50 billion machines connected via the internet of things by 2020, Terry Gou, Foxconn's chairman, said at the Second World Intelligence Congress in Tianjin on May 17.

Gou is bullish on the potential of the industrial internet to generate opportunities for the manufacturing industry, as the convergence of the real economy and the internet economy is looming.

The revenue of FII reached 354.5 billion yuan last year, an increase of 30 percent year-on-year, while its net profit was 16.2 billion yuan, up 12.7 percent compared with the previous year, according to the company's prospectus.

On May 11, the Foxconn unit received an official IPO approval document from the China Securities Regulatory Commission, which said in a statement that FII and its underwriters will confirm the dates and publish the prospectus following discussion with the Shanghai Stock Exchange.