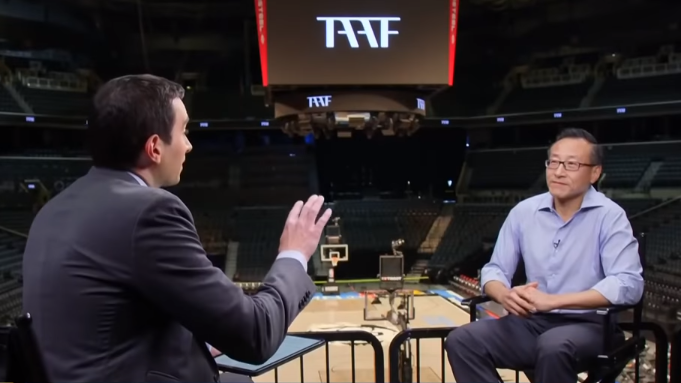 China's Hong Kong is great for capital formation thanks to the city's free market economy and the most benign tax system, said Alibaba co-founder and former CFO Joe Tsai during a recent interview with CNBC.

"You put money into the Hong Kong Stock Exchange today and in Hong Kong dollars, tomorrow you can take it out in U.S. dollars. There's a free flow of capital… It also has the most benign tax system there is for capital formation. The income tax rate is only 15 percent and there's no capital gains rate, no taxes on capital gains and dividends," he illustrated.

Being a Mandarin speaker, Tsai recalled how he felt "physically threatened" with the violent protesters back in 2019, who attacked people whoever speaks Mandarin, for assuming they are from the Chinese Mainland.

"I think there's a lot of criticisms over [Hong Kong's] democracy and freedom, or freedom of speech is being suppressed. But overall, since they [the government] instituted the National Security Law, everything is now stabilized," he said. "Hong Kong is going to be fine."

Looking back to the history of how Hong Kong became a colony of the British Empire, Tsai told the anchor, Andrew Ross Sorkin from CNBC's "Squawk Box", that "if you put yourself in the Chinese people's mindset, if you're a Chinese citizen… I want to make sure that we prevent foreign powers from carving up our territories. I think Hong Kong ought to be seen in that context."

People happy about where they are

Responding to Sorkin's questions on what he called "human rights abuses in China," Tsai said it has to be more specific on what "human rights abuse" the anchor is talking about, because from his observation the large number of the population – about 80 to 90 percent – are "very, very happy with the fact that their lives are improving every year," he said.

Tsai said children in China have a better life than their parents, will be educated and find good jobs benefiting from the expanding Chinese economy.

China has "a very different political system, [in which] one single party dominates the governance of the country...whether you like it or not, there are some great benefits," he said.

"China has managed to build a terrific infrastructure because there's no politicking around whether you should build a highway from point A to point B," he illustrated.

"The bottom line is, you have to look at the results, are people happy. When I look at China, the average citizen is very hopeful about the future," Tsai added.

Tsai is the executive vice chairman of Alibaba and the owner of the Brooklyn Nets National Basketball Association team. He is now at the 189 place on the Forbes Billionaires 2021 and 10th on the Hong Kong's 50 Richest 2021, with $11.1 billion.

Aged 57, Tsai was raised up in China's Taiwan and carries a Canadian passport. He graduated from Yale University.