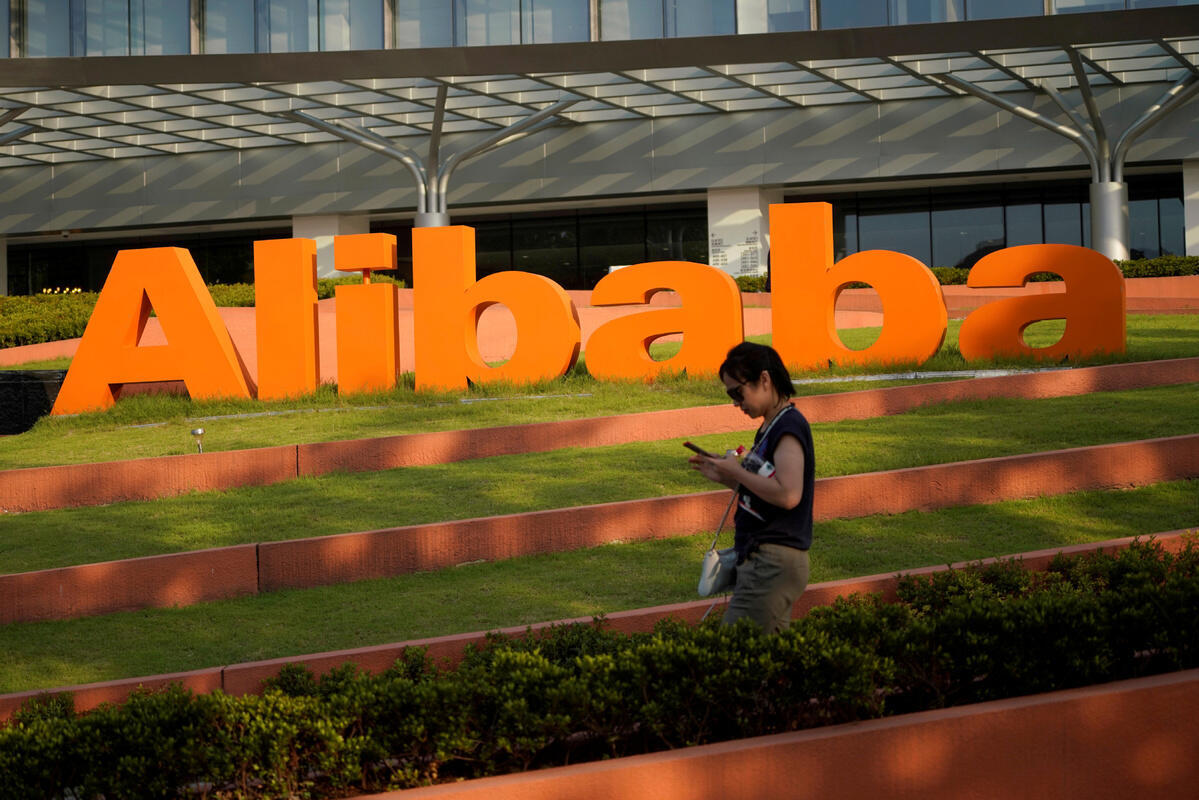 The logo of Alibaba Group is seen at the company's headquarters in Hangzhou, Zhejiang province, July 20, 2018. (Photo via Agencies)

The company's net profit attributable to shareholders was 47.59 billion yuan. The profit surge was mainly due to strong performances in online retailing and cloud computing, the company said.

Daniel Zhang, chairman and chief executive officer of the company, said Alibaba would mobilize its entire digital infrastructure to support the economic recovery of businesses across a wide range of sectors, while broadening and diversifying consumer base by addressing their changing preferences in a post-COVID-19 environment.