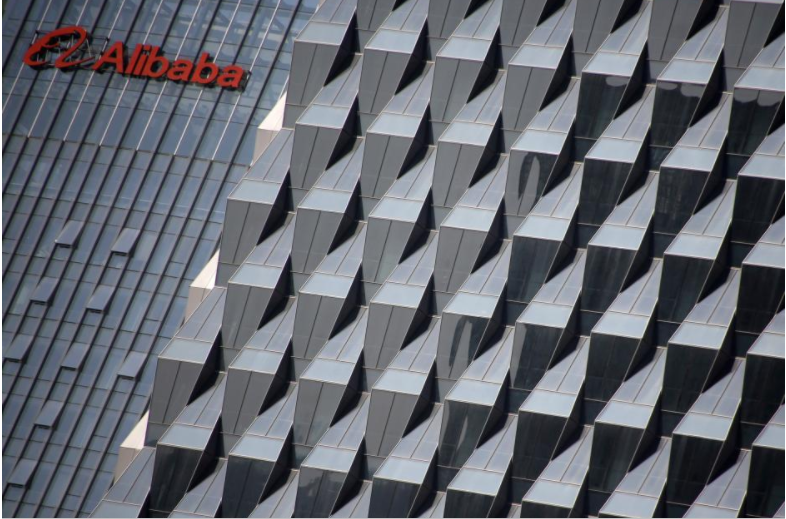 FILE PHOTO: A logo of Alibaba Group is seen on a building under construction in Beijing, China, October 15, 2015. REUTERS/Kim Kyung-Hoon/File Photo

Alibaba Group Holding Ltd (BABA.N) hailed an “outstanding quarter” on Thursday and raised its outlook for the year after beating forecasts with a 61 percent revenue rise driven by strong growth in online sales.

The beat points to the Chinese group’s success as it expands from its core online retail business with investments in supermarkets and stores, amid growing competition in e-commerce.

Alibaba’s Chief Executive Daniel Zhang said in a filing that a recent push into offline services and a number of recent bricks-and-mortar deals had helped contribute to its growth.

“We had an outstanding quarter,” said Zhang. “We are seeing the early results from our efforts to integrate online and offline with our New Retail strategy.”

The firm’s shares - which have more than doubled in value this year - were up 3.1 pct in premarket trading and were set to open at a record high.

The e-commerce giant reported revenue of 55.12 billion yuan ($8.34 billion) for July-September, above a 52.2 billion yuan forecast from analysts polled by Reuters.

Its net income attributable to shareholders more than doubled from a year ago, rising 132 percent to 17.7 billion yuan. Analysts had forecast a roughly 50 percent rise.

“There were many bright spots here, including growth in overseas business and cloud computing,” Li Chengdong, a Beijing-based tech analyst, said, while cautioning that the growth had been boosted by heavy spending.

Alibaba invested 25.7 billion yuan in the quarter versus 5.7 billion in the same quarter a year earlier.

“In the future, Alibaba might take over Amazon.com Inc (AMZN.O) in market value,” Li said.

Alibaba also raised its revenue guidance for the 2018 fiscal year to growth of between 49 percent to 53 percent, from between 45 percent to 49 percent previously, due to the recent consolidation of its logistics network Cainiao.

The second quarter can be slower for Alibaba as it prepares for the annual blockbuster Singles’ Day event on Nov. 11, a sales bonanza that shifts more goods than the Black Friday and Cyber Monday sales days in the United States combined.