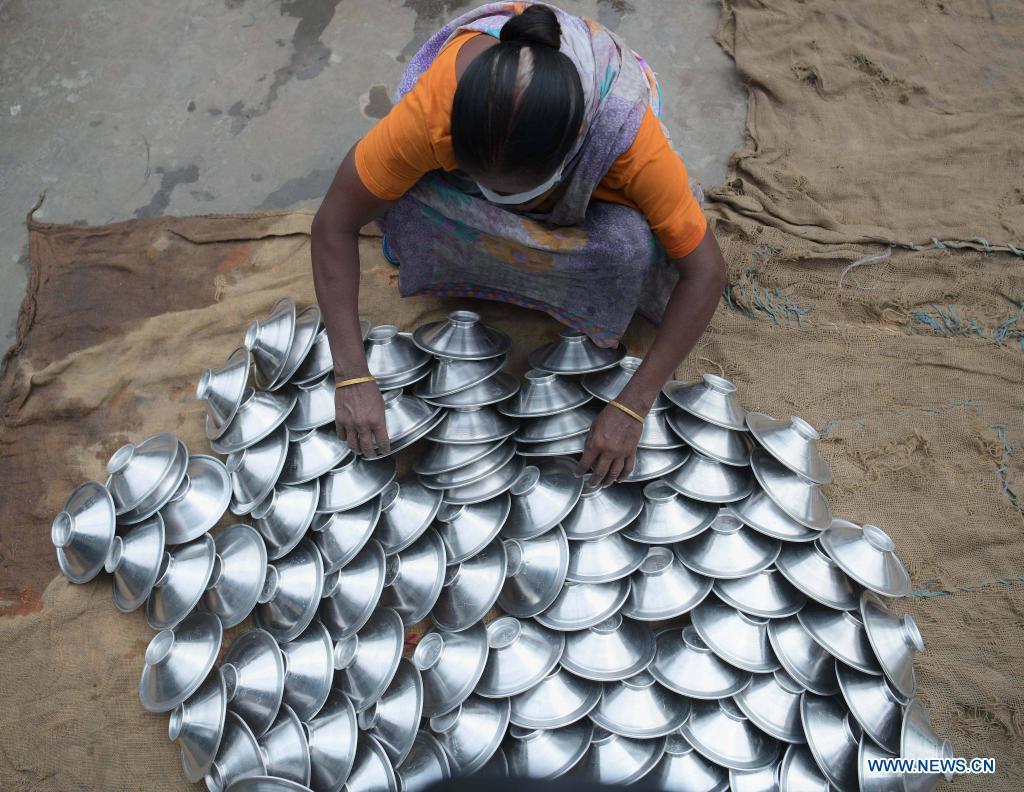 A woman works at an aluminium factory on the eve of International Labour Day in Agartala, India, April 30, 2021. (Photo: Str/Xinhua)

Aluminium broke $3,000 a tonne for the first time in 13 years Monday on supply concerns while equity markets were mixed as record high US inflation ramped up concerns the Federal Reserve will have to tighten monetary policy sooner than later.

Reports that President Joe Biden was considering a fresh trade probe into China added to the downbeat mood and nullified the optimism sparked by news that he had held talks on Friday with Xi Jinping in a bid to smooth relations between the superpowers.

After driving a healthy run-up in Asia so far this month, investor sentiment was once again roiled by data on Friday showing US factory gate inflation had soared in August to an all-time high of 8.3 percent owing to a jump in demand as well as supply and labour shortages.

The reading was fuelled partly by a sharp rise in commodity prices, a concern highlighted by news that aluminium had rocketed past $3,000 a tonne for the first time in 13 years, owing to concerns about supplies in light of a coup in major bauxite producer Guinea as well as low Chinese output.

The data ramped up speculation about the Fed's plans for monetary policy.

Its boss Jerome Powell has already indicated that the central bank will likely start tapering its vast bond-buying programme -- which has been a key driver of the economic and equity markets recovery -- by the end of the year.

But the latest figures could cause officials to bring forward their timeline. The release Tuesday of consumer inflation has now taken on more significance.

"With the US Federal Reserve due to meet next week, and the narrative clearly moving towards a tapering of asset purchases sooner rather than later, there appears to be a build up in anxiety that the continued rise in inflationary pressure may well be much more persistent than central bankers would have us believe," said CMC Markets analyst Michael Hewson.