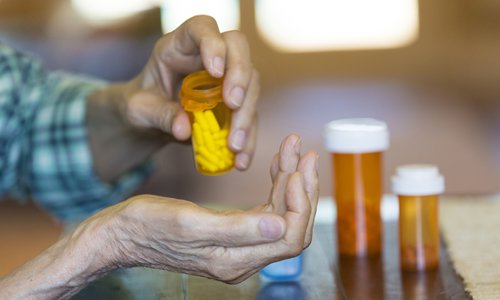 China has given speedy approval to a new domestic formula to cure for Alzheimer's disease (AD), the first such drug approved globally in 17 years, thanks in part to the country's continuous efforts and improvement in drug innovation. The approval also shows the nation's leading science and research ability in the sector.

The drug was developed by the Ocean University of China, the Shanghai Institute of Materia Medica under the Chinese Academy of Sciences, and Green Valley. It's the first novel drug approved for treating AD patients since 2003, the company said. Forest Labs' Namenda was approved in the US in that year.

Lv Songtao, chairman of Green Valley, said on Sunday that production of the drug will start on Thursday and will be delivered to retail channels across the country on December 29.

Following the China launch, the company plans to apply for marketing authorization in other markets, with the establishment of clinical trial centers planned in the US, the EU, and Asia, according to Green Valley.

The fast approval is a result of China's drug administration reform. In August, China adopted a revision to its drug administration law, stating "Drugs of clinical urgency and new drugs or pediatric drugs that can prevent and cure serious infectious or rare diseases will be first approved for the market."

The law, which takes effect on December 1, also proposed the idea of a medicine marketing authorization scheme, in which relevant individuals and entities will be responsible for the full "life cycle" of drugs.

"In the past, only drug developers with production capacity could seek approval for new medicines in China. In other words, drug companies had to build factories that met certain requirements, in order to be granted approval of new drugs and start production," Lv said.

However, building a factory is too expensive for research and development (R&D) institutions.

Without the burden of producing drugs, R&D institutions can focus on research, which is helpful for the development of new drugs in China, according to Lv.

Continuous research into the pharmacological mechanism and long-term safety of GV-971 is required, according to the NMPA statement.

AD is a progressive brain disorder marked by intellectual and behavioral impairment, gradually destroying a person's ability to think and to carry out simple tasks.

Globally, about 50 million people now suffer from a decline in memory, language and other skills that affected their ability to fulfill everyday activities, according to World Health Organization data released in September. It projected the total number of AD sufferers will reach 82 million in 2030 and 152 million in 2050, along with the aging population.

To overcome one of humanity's greatest challenges, many international drug companies including Pfizer, Biogen, and Eli Lilly have invested billions of dollars in AD research, but they've encountered repeated failures.

US drug company Biogen and its Japanese partner Eisai Co announced on October 22 that they would revive their plans to seek regulatory approval for an AD drug called aducanumab in early 2020 after the two decided to end trials of the medicine in March as they saw little hope of success.

"There is no doubt that any drug that can effectively treat the disease will become one of the globally top-selling drugs and the company will have a say in setting standards," Wang said.