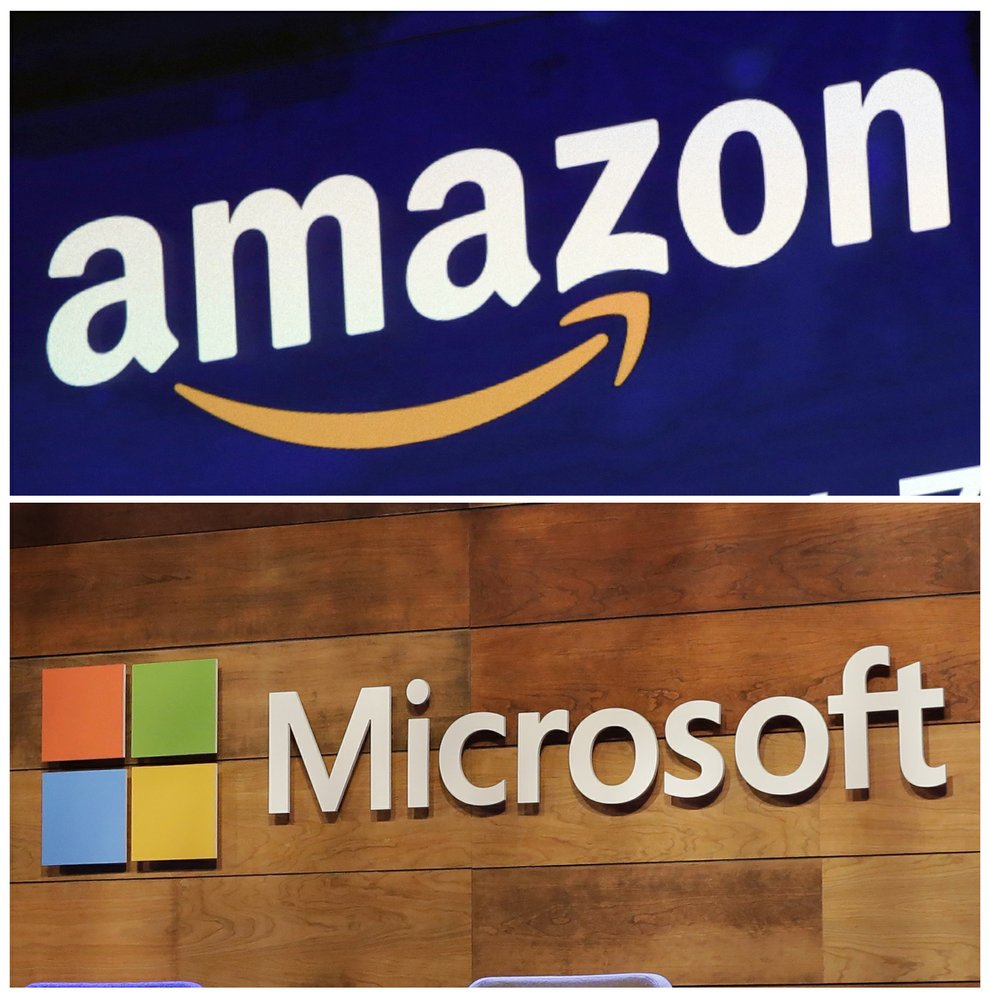 (Photo: AP)
Amazon is protesting the Pentagon’s decision to award a $10 billion cloud-computing contract to Microsoft, citing “unmistakable bias” in the process.

In a statement Thursday, Amazon said that “numerous aspects” of the bidding process involved “clear deficiencies, errors, and unmistakable bias.” It did not elaborate.

Amazon added that “it’s important that these matters be examined and rectified.”

Neither the Pentagon nor Microsoft immediately responded to requests for comment.

JEDI will store and process vast amounts of classified data, allowing the US military to use artificial intelligence to speed up its war planning and fighting capabilities.

Amazon was long thought to be the front-runner in the competition for the huge military contract. Its Amazon Web Services division is far ahead of second-place Microsoft in cloud computing, and Amazon has experience handling highly classified government data.

It survived earlier legal challenges after the Defense Department eliminated rival bidders Oracle and IBM and whittled the competition down to the two Seattle area tech giants before choosing Microsoft in late October.

The Pentagon was preparing to make its final decision when Trump publicly waded into the fray in July, saying he had heard complaints about the process and that the administration would “take a very long look.” He said other companies told him that the contract “wasn’t competitively bid.” Oracle, in particular, had unsuccessfully argued that Pentagon officials unfairly favored Amazon for the winner-take-all contract.

Experts had generally expected Amazon to appeal the award, saying it had little to lose. Steven Schooner, a professor of government procurement law at George Washington University, said Trump’s comments were “inappropriate and improvident,” but said it would be a challenge for Amazon to prove the White House applied undue pressure in a way that made a difference.

Amazon said it filed its protest in the US Court of Federal Claims, which deals with financial claims against the federal government.

It’s not uncommon for losing bidders to file a protest, either with the US Government Accountability Office or in court. Unlike a review by the GAO, Amazon’s court filing will enable it to seek documents from the government as evidence for its case.