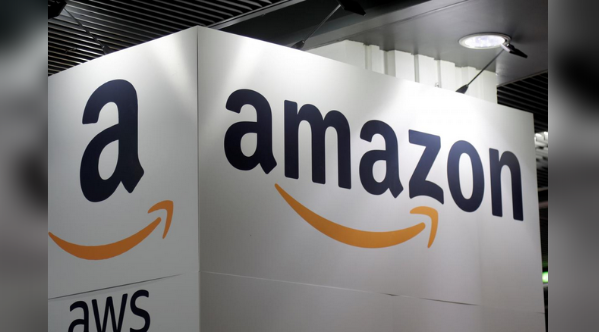 The Amazon logo is seen at the Young Entrepreneurs fair in Paris, France, February 7, 2018. REUTERS/Charles Platiau

Amazon.com Inc is testing a program to ship its sellers’ goods, sending shares in FedEx and UPS tumbling even though analysts and the companies played down any near-term threat to the two global delivery businesses.

Amazon is running “Shipping with Amazon” in Los Angeles and possibly other locations, a person familiar with the matter told Reuters on condition of anonymity.

News of the test sparked investor concern that the world’s largest online retailer would upend the shipping market. FedEx Corp and United Parcel Service Inc shares were down more than 4 percent in afternoon trading.

FedEx, UPS and analysts played down the idea that a trial poses a near-term threat to the couriers’ businesses.

Cowen and Co analyst Helane Becker estimated Amazon would have to invest $100 billion to build a global network of facilities, planes and trucks to compete with FedEx and UPS.

The program, while still at an early stage, aims to reduce hurdles that some sellers face getting their inventory to Amazon’s facilities.

Under the new process being tested, Amazon sends a truck to pick up sellers’ products, which then takes inventory either directly to an Amazon fulfillment center or to the U.S. Postal Service or to couriers like FedEx, depending on what’s most cost-effective, said the person who spoke to Reuters.

Amazon has run a number of experiments in Los Angeles because the city is spread out and is a big market for deliveries. “Shipping with Amazon” is currently intended for select third-party sellers in the test, not for businesses in general, and still it is not yet ready to roll out widely to sellers on Amazon, said the person.

FedEx and UPS customers should not expect to shift their business to Amazon any time soon. The Seattle-based company has considered taking work from the couriers on a conceptual level but does not have initiatives currently planned to ramp up competition, the person said.

Amazon said on Friday it was “always innovating and experimenting on behalf of customers and the businesses that sell and grow on Amazon to create faster lower-cost delivery choices.”

UPS and FedEx have both spent billions of dollars in recent years to upgrade and expand their networks to handle soaring e-commerce volumes. UPS said last week it plans to spend $7 billion on upgrading its network this year alone.

UPS and FedEx also consider Amazon an important customer. Amazon accounts for less than 10 percent of total revenue for UPS and 4 percent of revenue for FedEx, according to Wolfe Research analyst Scott Group.

UPS and FedEx declined to comment on Amazon’s specific strategies or decisions regarding the utilization of their services.

“There is tremendous opportunity in the business-to-customer market and more growth coming to the sector and UPS, irrespective of how other companies shift strategies,” UPS spokesman Glenn Zaccara said.

An earlier report on Amazon’s plan “demonstrates a lack of basic understanding of the full scale of the global transportation industry,” FedEx spokesman Patrick Fitzgerald said.