AMC: Almost all US theaters open 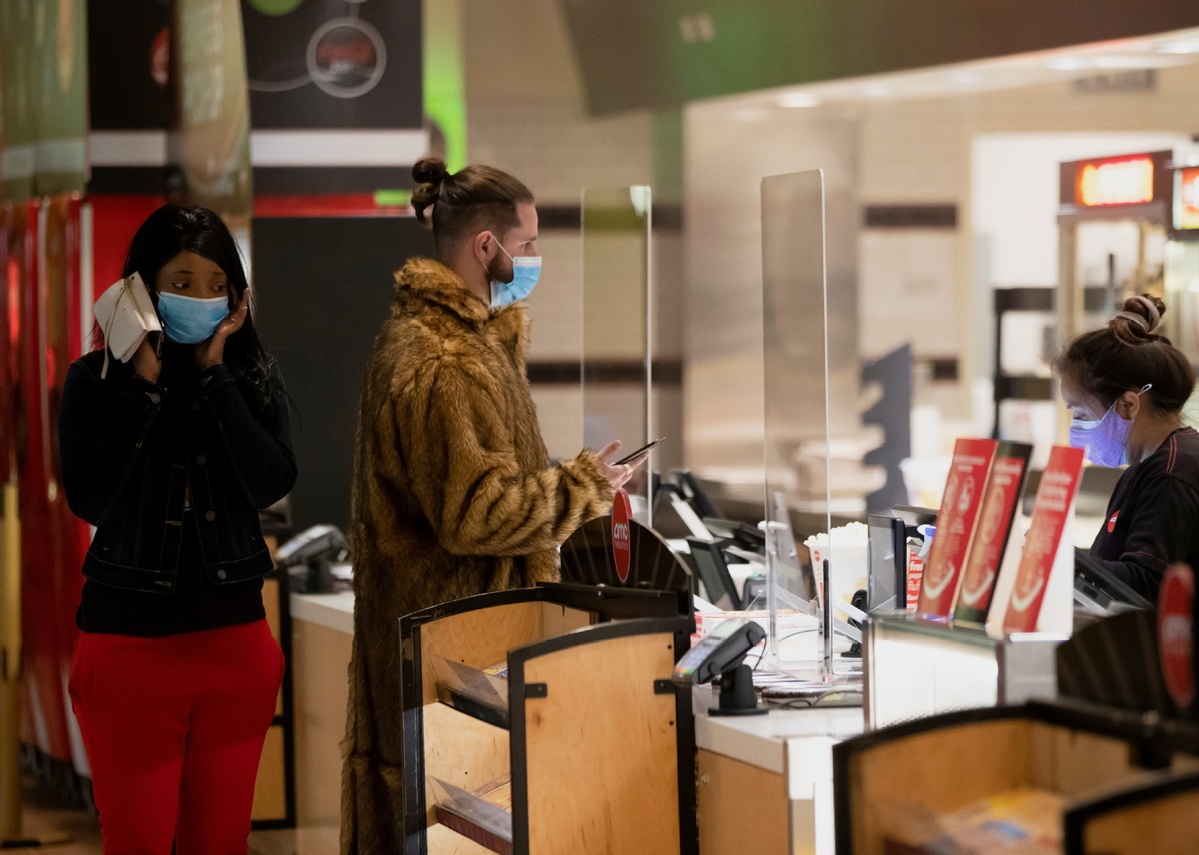 Moviegoers shop at concessions stands at a AMC theatre on reopening day during the outbreak of the coronavirus disease (COVID-19), in Burbank, California, US, March 15, 2021. [Photo/Agencies]

Moviegoing will return on Friday to almost all AMC Theatres in the US after they were shut down a year ago to curb the spread of the coronavirus.

The world's largest movie-theater company announced Thursday that 98 percent of its US locations will be open on Friday, and 99 percent will be open by March 26.

"It was exactly one year ago that we closed all AMC locations in the United States. It gives me immense joy to say that by the end of next week we expect that 99 percent of our U.S. locations will have reopened," said Adam Aron, CEO and president of AMC Entertainment, in the announcement.

As of late January, 438 of AMC's 593 US theaters and 86 of its 360 international theaters had reopened, with extensive masking, distancing and cleaning measures in place. (Not included in the reopenings then were theaters in the top two markets — New York City and Los Angeles.)

AMC said that it expected to open 52 of its 54 locations in California by Monday. The company is preparing to resume operations at the rest of its California locations once the proper local approvals are in place. Its theaters can sell 40 percent or less of its available seats right now, and guests must be socially distanced. In California, the cap is 25 percent or 100 moviegoers per screening, whichever is less.

AMC, which operates about 1,000 theaters and 11,000 screens in the US and internationally, said it lost more than $4.6 billion in 2020 due to theaters being shut down around the world because of the coronavirus. It had warned investors last year that bankruptcy was a possibility, but it raised money through new equity and capital debt.

The reopening of most AMC theaters comes as millions of Americans have been vaccinated, and states are beginning to ease some of their coronavirus restrictions that have been in place for months.

Beyond bringing consumers back to its theaters, AMC will need Hollywood content to put on its screens. Regal Cinemas, the second-largest chain in the US, has closed all of its theaters, citing a lack of films and audience.

Hollywood is either holding back on its most attractive content or releasing its new films on streaming platforms at the same time that they are hitting theaters that are open.

AT&T's HBO Max is making every Warner Bros release in 2021 available for home viewing. Many studios have either pushed the release dates of major films into 2021 or created a hybrid model in which the theaters still in operation can show new releases while they are also made available through streaming or on-demand services.

Last July, AMC and Universal Pictures signed a multiyear deal whereby Universal movies would play in AMC theaters for a minimum of 17 days before becoming available in homes through premium video-on-demand.

Universal signed a similar deal with Cinemark, the third-largest theater chain in North America, and Cineplex, Canada's top exhibitor, adding the provision that for movies opening to $50 million in ticket sales, the 17-day window would stretch to 31 days.