BUSINESS Amended CMIM agreement to boost use of local currencies for hedging impact of US dollar spamming: analysts

Amended CMIM agreement to boost use of local currencies for hedging impact of US dollar spamming: analysts 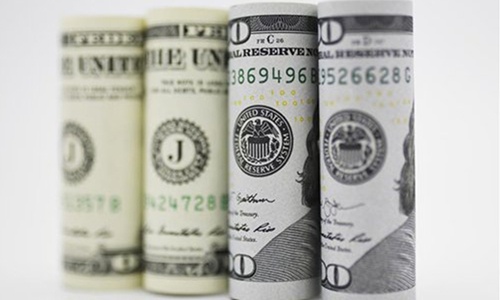 The amended Chiang Mai Initiative Multilateralisation (CMIM) agreement comes into effect on Wednesday, which institutionalizes the use of members' local currencies while raising the IMF De-linked Portion to 40 percent.

The CMIM is a regional financing arrangement among the finance ministers and central bank governors of the ASEAN member states, China, Japan and South Korea and the Monetary Authority of Hong Kong Special Administrative Region.

Analysts said that the move will boost the use of non-US dollar currencies and therefore reduce these emerging economies' reliance on US economy which faces potential risks of the spamming of dollar.

According to a statement on the People's Bank of China, the country's central bank, key features of the amended CMIM agreement include institutionalizing the use of members' local currencies, in addition to the US dollar, for CMIM financing on a voluntary and demand-driven basis.

In addition, it also increases the IMF De-linked Portion from 30 percent to 40 percent of each member's maximum arrangement amount. The increase in the delinked portion means CMIM members can now access up to 40 percent of their maximum borrowing amount from the facility without the need for any IMF's lending conditions.

Xi Junyang, a professor at Shanghai University of Finance and Economics, told the Global Times on Wednesday that the amendment will further enable use of non-US dollar in East Asia and Southeast Asia, especially the Chinese currency yuan, given the country's large amount of foreign trade with these economies.

Moreover, the amendment will help hedge potential financial risks brought about by the spamming of the US dollar, Xi said. "Given the region still heavily relies on US dollar, excessive monetary easing policy of dollar could weaken their own currencies while economies whose foreign exchange reserves are US dollar and associated assets would see depreciation," he said.

As part of moves to revive the pandemic-plagued US economy, the Fed cut interest rates to zero and implemented unlimited quantitative easing. Following the recently signed "Relief Bill" which totaled $1.9 trillion, the Biden administration is reportedly mulling another stimulus package of $3 trillion.

Dong Shaopeng, a senior research fellow at the Chongyang Institute for Financial Studies of Renmin University of China, told the Global Times that the spillover effect of the spamming of the US dollar would cause asset bubble and burst in emerging economies which is difficult to recover in the near future.

"As the US aims to continue dollar hegemony by printing more currencies, gradually reducing reliance on dollar is the best choice for emerging economies in the long run," he said.