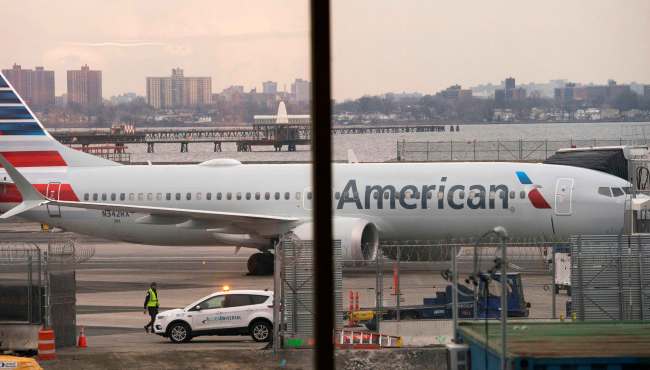 American Airlines has canceled all scheduled flights with Boeing 737 MAX jets through September 3, extending the grounding of its fleet after two crashes involving the same aircraft model killed 346 people.

The airline had previously canceled all 737 MAX flights through August 19 as it awaited recertification of the aircraft in the wake of the crashes.

In a statement, it said it "remains confident that impending software updates to the Boeing 737 MAX, along with the new training elements Boeing is developing in coordination with our union partners, will lead to recertification of the aircraft soon."

The extension means that American Airlines will have canceled 115 flights since grounding its 14 737 MAX aircraft.

It said it extended the timeframe to allow its clients and crews "to more reliably plan their upcoming travel."

The crashes of a Lion Air 737 MAX in Indonesia in October 2018 and of an Ethiopian Airlines jet of the same model in March brought to light malfunctions in the plane's MCAS anti-stall system.

Boeing is working to submit a modified version of the aircraft's software and hopes to get the approval of the US Federal Aviation Administration (FAA) and its counterparts throughout the world.

Revelations of close ties between Boeing and the FAA in fielding the MAX led to a crisis of confidence among the public and airline pilots as well as some of the other agencies that regulate civil aviation.