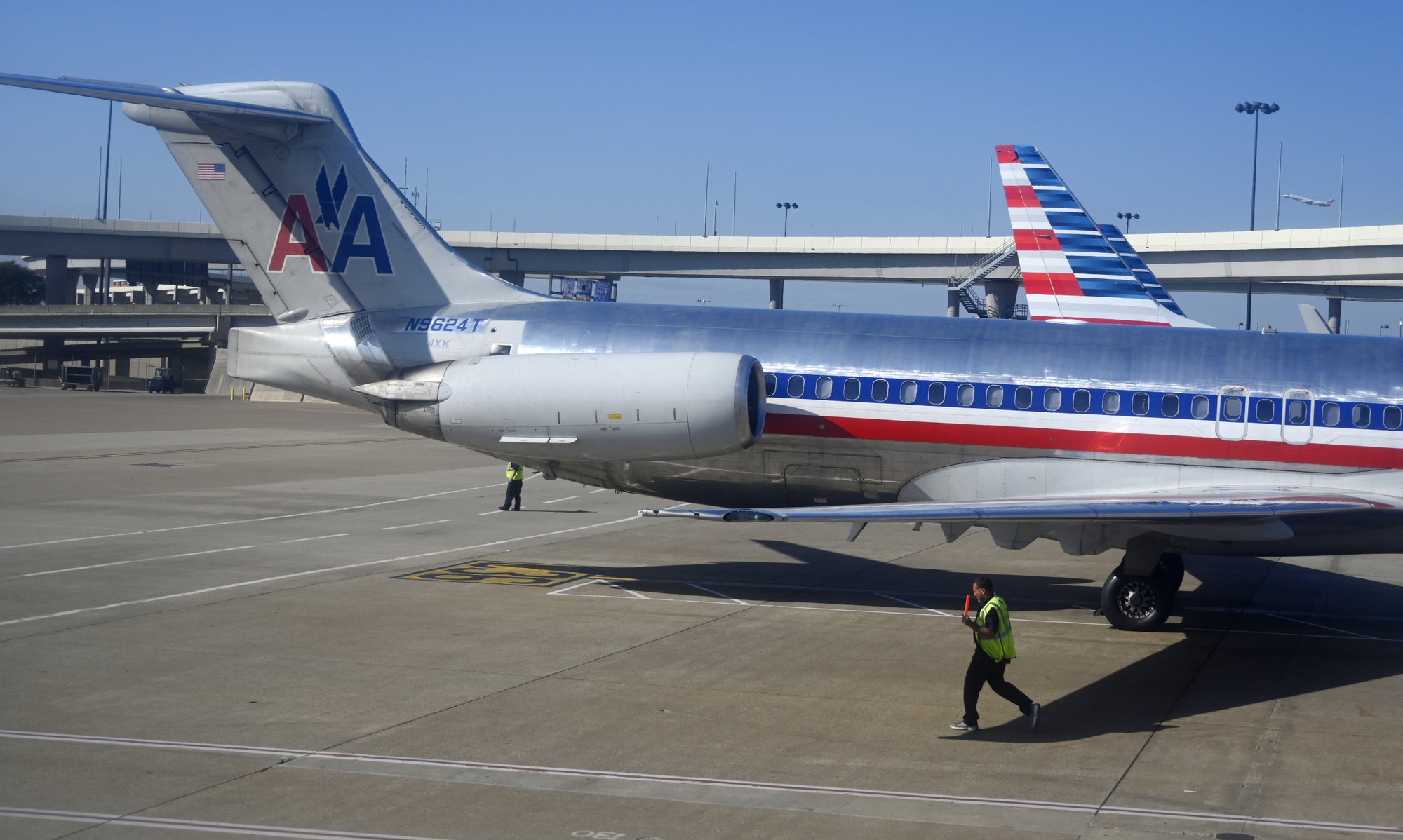 In this Nov. 5, 2018, file photo American Airlines aircraft are serviced at Dallas/Fort Worth International Airport, in Texas. (Photo: AP)

Airline executives said the partial government shutdown has hurt bookings, but that sales to other customers including key corporate travelers has remained strong.

Unlike Delta Air Lines and Southwest Airlines, American did not put a dollar figure on the shutdown’s effect.

More Transportation Security Administration airport screeners have been calling in sick, and some air traffic controllers say the skies are less safe because of low staffing than before the shutdown, which started Dec. 22. Screeners and controllers are not getting paid, and will miss a second biweekly paycheck on Friday.

Chairman and CEO Doug Parker rejected any notion that safety is being compromised. He said if the shutdown continues and more government workers stop showing up, “what tends to happen is you get long lines at TSA but still the same level of screening, you get larger separation (in the air) of aircraft, so you have delayed airspace — things that are really concerning to us. That is what we fear may happen.”

Parker praised the TSA and Federal Aviation Administration workers who continue to show up.

“We would just encourage the government to get reopened so that people can get paid and that our customers can rest assured they won’t be waiting in long lines or face delays at the airport because air traffic controllers that can’t afford to show up to work,” Parker said.

Parker made the comments on a conference call to discuss fourth-quarter financial results.

American Airlines Group Inc. swung to a profit in the fourth quarter after losing $583 million a year earlier. Profit excluding special items worked out to $1.04 per share, 2 cents better than the average analyst estimate compiled by Zacks Investment Research.

The airline predicted that a key measure of revenue per mile would be flat to up 2 percent in the first quarter, and that it will earn between $5.50 and $7.50 per share for all of 2019.

Analysts pressed American executives on their goal of raising the revenue per mile figure faster than rivals this year. Airline executives said they will build out American’s hub at Dallas-Fort Worth International Airport, and fuel prices won’t rise as sharply as they did last year.

American finished at or near the bottom among the biggest US airlines in recent surveys and rankings from JD Power, The Wall Street Journal, and academics at Wichita State and Embry-Riddle Aeronautical University. Apparently, American’s own customer surveys say the same thing.

“We weren’t pleased with our ‘likely-to-recommend’ scores,” said Robert Isom, the airline’s president. “They fell, year over year, for the first time in a number of years.”

Isom pledged that American will make an effort to improve reliability — fewer delays and canceled flights — which he said could quickly lift customers’ attitude about the airline.