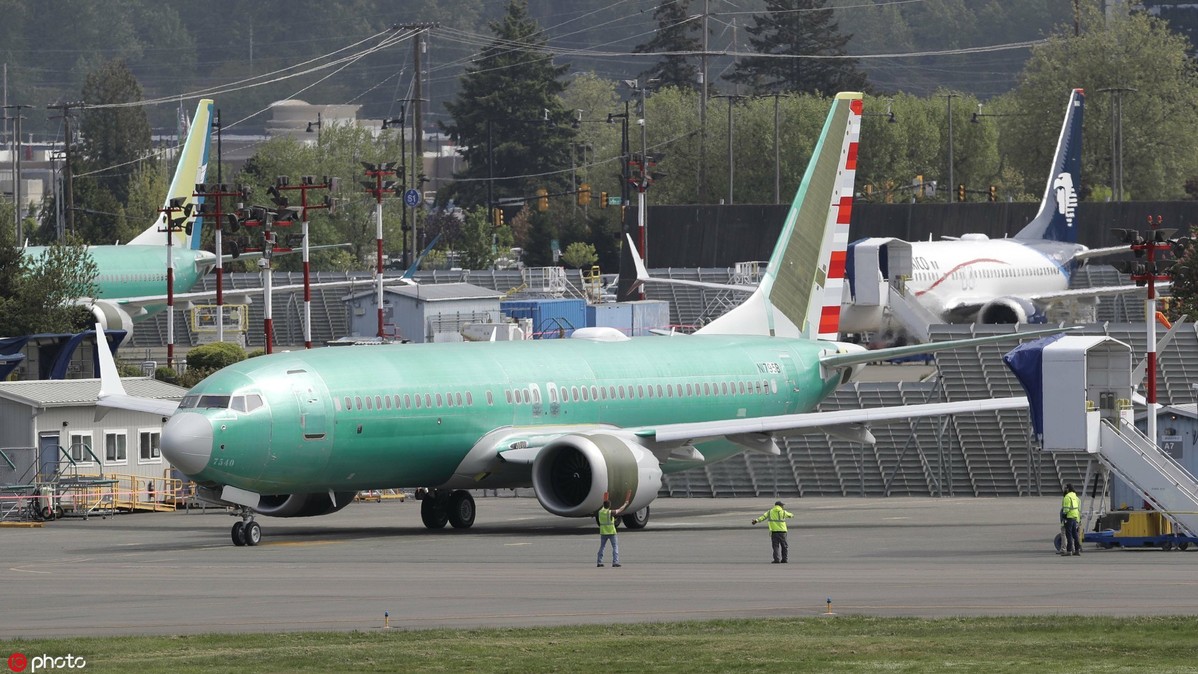 Workers stand near a Boeing 737 MAX 8 jetliner being built for American Airlines prior to a test flight, in Renton, Washington, the United States, May 8, 2019. (Photo: IC)

CHICAGO - American Airline Group Inc said on Sunday it is extending cancellations of Boeing 737 MAX flights through Dec 3 but remains confident that the aircraft will be approved to fly again this year following new software and pilot training.

The fast-selling 737 MAX has been grounded worldwide since mid-March while Boeing updates flight control software at the center of two fatal crashes in Indonesia and Ethiopia that together killed 346 people within a span of five months.

Boeing Co is targeting regulatory approval for the fixes in October, though the US Federal Aviation Administration has said it does not have a firm timeline to put the jets back in the air.

Meanwhile, airlines that had purchased the fuel-efficient MAX have had to cancel thousands of monthly flights as they scramble to meet demand with slimmer fleets, eating in to profit and hurting some growth plans.

Fort Worth, Texas-based American, with 24 MAX jets at the time of the grounding and dozens more on order, said it will cancel about 140 daily flights through Dec 3, more than the 115 daily cancellations it was making through the summer.

It had previously pulled its 737 MAX jets from its flight schedule through Nov. 2.

Customers whose flights are affected by the cancellations will be contacted by American or their travel agent, the carrier said.