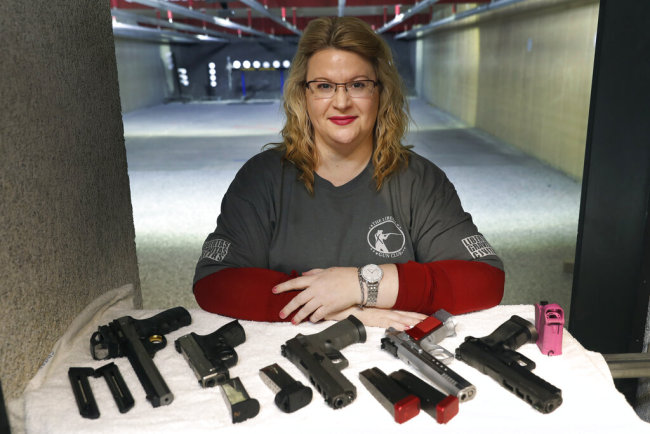 In this file photo taken on Feb. 5, 2020, Kat Ellsworth of Chicago, poses for a portrait with five of the seven guns she owns at the Caliber Tactical Gun Range in Waukegan, Ill. (Photo: AP)

While supermarkets and online retailers in the US are trying to cope with rising demand for emergency essentials and sanitizing products, the rush to be prepared has also reached the ammunition industry.

An analysis shows that American retail online ammunition store Ammo.com has seen a significant increase in conversions and sales since February 23.

The company reported that this surge corresponds to the public concern regarding the COVID-19 virus.

Alex Horsman, marketing manager at Ammo.com, said, "We know certain things impact ammo sales, mostly political events or economic instability when people feel their rights may end up infringed, but this is our first experience with a virus leading to such a boost in sales."

A report from the online retailer shows the number of transactions over the past two weeks has increased 68 percent compared to the 11-day period before February 23.

It also revealed that the largest increase was for .40 caliber (S&W) ammunition, which is up 410 percent.