WASHINGTON, April 18 (Xinhua) - China's economy is expected to recover for the rest of the year after registering a virus contraction in the first quarter, analysts have said. 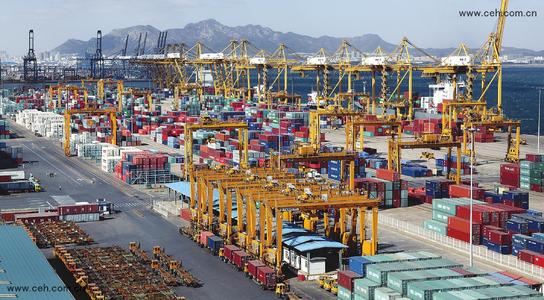 Amid the COVID-19 impact, China's gross domestic product (GDP) in the first quarter shrank 6.8 percent year on year, according to data released Friday by China's National Bureau of Statistics.

Output in China will recover significantly in the second quarter and for the rest of the year, Jeffrey Sachs, a renowned economics professor at Columbia University and a senior United Nations advisor, told Xinhua via email Friday.

Now production is returning and daily life is moving to a "new normal," though certainly not back to the old normal, Sachs said.

"China's economic recovery will ultimately depend on the success of a large part of the world overcoming the epidemic in a cohesive manner," he said.

The U.S. economist suggested China "work very closely with the Asian neighbors" to create a region in which "COVID-19 is strongly under control and trade is resumed."

East Asia is the manufacturing center of the world economy, and it can and should be revived first, he added.

Also, China should be coordinating with Africa and the Middle East to try to do the same and to protect the supply chains, he said, adding that China should also try to cooperate with Europe and the United States on the recovery.

Likewise, Nicholas Lardy, senior fellow at the Washington D.C.-based think tank Peterson Institute for International Economics (PIIE), recently noted that "the gradual but substantial recovery" in electrical power usage is "strong evidence" of the recovery of manufacturing in China.

Lardy, who co-authored an analysis with PIIE research analyst Tianlei Huang, argued that weakened manufactured exports amid the COVID-19 pandemic will not stall China's manufacturing recovery.

"While the weakening global economy will constitute a headwind, the pace of China's domestic demand is likely to be the most important factor determining the pace of recovery of China's manufacturing sector," Lardy said.

Meanwhile, China is expected to be one of the few major economies that could see economic expansion this year, according to the International Monetary Fund (IMF)'s recently released World Economic Outlook report, which projected the global economy would decline by 3 percent in 2020.

The U.S. economy is projected to contract by 5.9 percent this year, and the Euro Area will see a decline of 7.5 percent. Japan's economic output will shrink by 5.2 percent, and Britain's will fall by 6.5 percent.

Despite an overall negative growth in emerging markets and developing economies, China and India will both see moderate growth this year, with a rate of 1.2 percent and 1.9 percent, respectively, the IMF projection added. Enditem