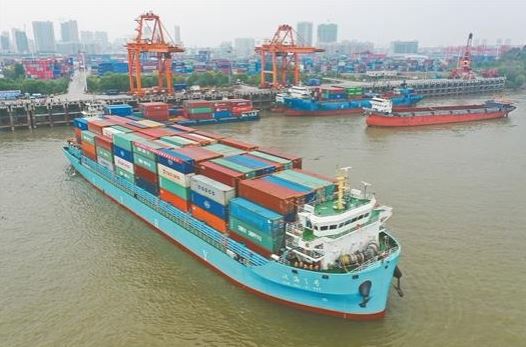 China's longest river has sat atop of world's inner waterways in terms of cargo flow for years.

According to the administration of navigational affairs on the Yangtze River under the Ministry of Transport, total port throughput of cargo and containers along the Yangtze were 3.16 billion tonnes and 19.4 million TEUs, up 11.3 percent and 10.9 percent year on year respectively.

Tang Guanjun, head of the administration, said that ports along the Yangtze each with an annual cargo throughput of 100 million tonnes or above numbered 15, and the average cargo ship tonnage on the river rose to 1,880 tonnes, 100 tonnes more than that of 2018.

In 2019, with the development of combined river-ocean and rail-water transportation, the traffic structure on the Yangtze has been further improved, Tang noted.