HANGZHOU, June 26 (Xinhua) -- Ant Financial, China's leading financial technology firm, has called for an "open-minded, albeit prudent" approach to the planned launch of cryptocurrency Libra by US tech giant Facebook.

Facebook announced a week ago a plan to launch Libra next year to tap into digital payments. 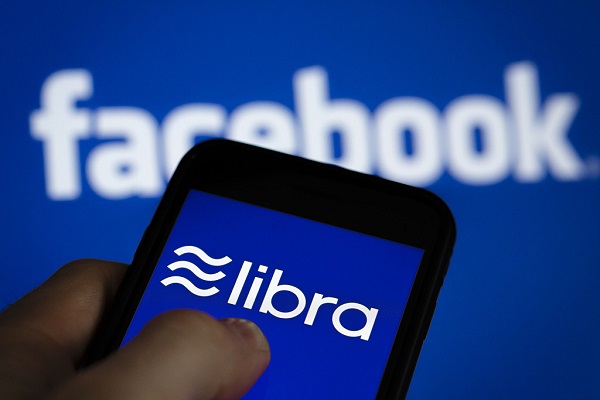 The logo of the crypto currency facebook Libra is displayed on a smartphone on June 21, 2019 in Berlin, Germany. (File Photo: VCG)

"We are paying close attention to this development," said Zhang Hui, director of the Blockchain Department at Ant Financial on Wednesday. "We also attach great importance to the blockchain sector, and we have dedicated significant resources to research and exploration of blockchain technology over many years."

"Our view is that the whole world should take an open-minded, albeit prudent approach to this latest development," Zhang said.

Ant Financial, one of the first Chinese companies to develop the blockchain technology, made Forbes's Blockchain 50 list this year.

Zhang said the biggest value of the blockchain technology lied in its ability to rebuild a technology-based trust mechanism, adding that it would have a major impact on the financial and business world in the future.

Ant Financial has applied the technology in more than 40 real-life scenarios, including charity, food security, and cross-border remittance, according to Zhang.

Facebook said it was creating a new subsidiary called Calibra to provide financial services based on Libra to allow customers to do transactions "with the push of a button."

The social media network promised to offer strong protections for Libra transactions by adopting "the same verification and anti-fraud processes that banks and credit cards use."

Facebook has partnered with 27 organizations and companies to form the Libra Association, an independent non-profit organization based in Geneva, Switzerland, to govern and operate the new digital cryptocurrency.