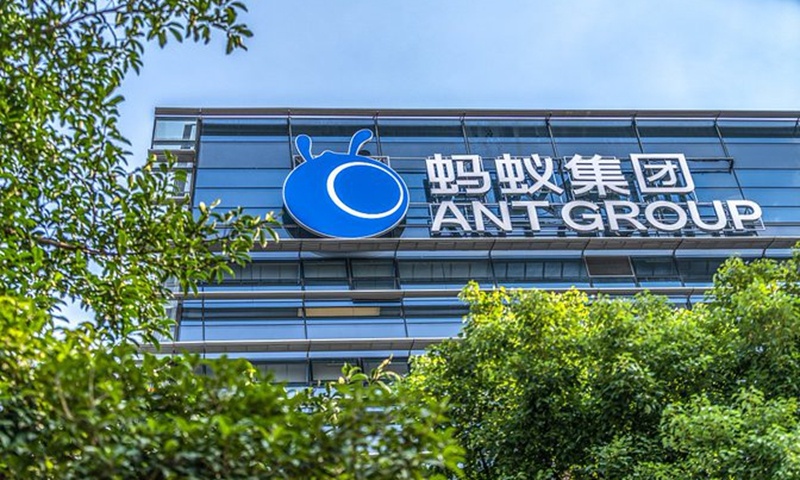 Ant Group will apply to transform itself into a financial holding company as part of a multifaceted rectification plan that touches on various aspects of the firm's businesses, including payment and consumer data, a senior Chinese official said on Monday, after top financial regulators summoned the fintech giant for another regulatory talk over its problematic financial business practices.

The People's Bank of China (PBC) as well as the nation's banking and insurance regulator, the securities regulator and the foreign exchange regulator summoned Ant Group on Monday, according to a statement posted on the PBC's website.

The interview was intended to have Ant face up to "serious problems" in its financial businesses and the seriousness of the overhaul, Pan Gongsheng, deputy governor of the PBC, said in the statement.

The latest interview followed two interviews in early November - which were the prelude to the suspension of Ant's dual IPO - and another in late December.

Since the December interview, Ant Group has set up a special task force to draw up its rectification plan under the guidance of the regulatory authorities, according to Pan.

Ant was required to align itself with regulatory requirements, and the planned rectification plan and the company itself should hold to the original goal of "serving the real economy and the masses," read the statement, noting that the firm needs to ramp up fintech innovation on the premise of conforming with prudent regulatory requirements and improve its international competitiveness in the sphere of fintech.

As part of the "comprehensive and feasible" rectification plan Ant formulated under the supervision of the financial regulators, the company will apply to transform itself into a financial holding firm. All entities engaging in financial activities will be included in this holding firm and subject to regulatory oversight. Risk-reduction measures will also be improved to rein in affiliate transactions.

Further, Ant will have to break the data monopoly, and collect and use personal information in line with the principles of "lawfulness, minimum, and necessity" to ensure personal and national information security.

On top of that, the fintech giant is urged to strictly implement the requirements of prudential supervision, improve corporate governance, earnestly rectify financial activities such as illegal credit, insurance, and wealth management, and control high leverage and risk contagion.

It was also told to control the liquidity risk of important fund products and reduce the balance of Yu'e Bao.

In a swift response to the latest regulatory interview, Ant said that the move is conducive to the healthy and orderly development of the industry, and it is imperative to maintain a fair and competitive market environment. The company will continuously improve the service level for the real economy, small and micro-sized enterprises and consumers, it said.

In one of the two widely circulated commentaries shortly after the third interview session was made public, the official Economic Daily newspaper said that making the rectification plan is only the first step and the group needs to fully meet regulatory requirements without any compromise.

Other platforms should also follow regulatory requirements, the article said, adding that platform companies are poised to enter a new era, and the curtain is being raised on more stable, higher-quality development.

The financial regulators will create a fair and competitive market environment, continue to support private capital to carry out fintech activities in accordance with the law, and stimulate market vitality and the technological innovation capabilities of private capital, Pan vowed in the Monday statement.

China's regulatory tightening involving the fintech sector mirrors a global effort to make regulatory revisions and policy responses to strike a balance between fostering fintech development and preventing financial risks, the PBC deputy governor stressed, citing legislation and antimonopoly probes by the EU and the US.

China's financial regulators are willing to strengthen cooperation with international financial organizations and regulators from across the globe on combating monopolies, data supervision, operation management and consumer protection, according to Pan.

The PBC official pledged to push for the creation of fintech regulations and enhance regulatory coordination to jointly build an open, inclusive and safe fintech ecosystem, while avoiding cross-border regulatory arbitrage and cross-border contagion of financial risks.