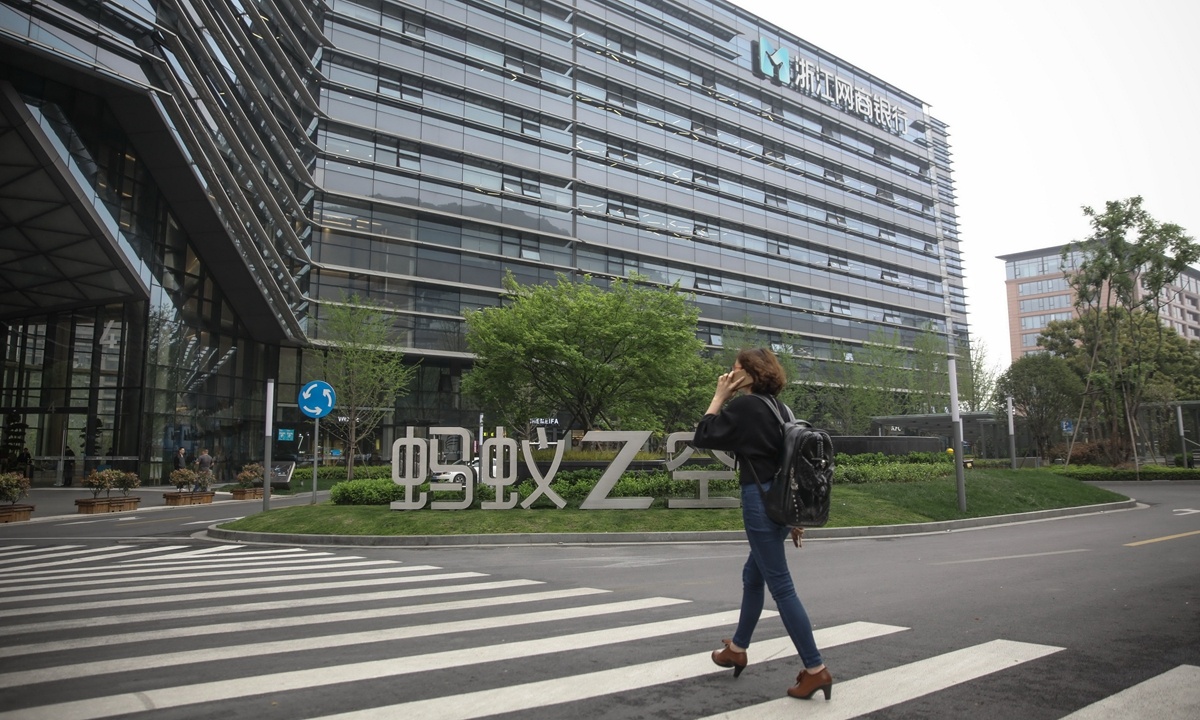 A person walks towards a building of Alibaba Ant Group in Hangzhou, East China's Zhejiang Province in April 2018. (Souce: IC)

Alibaba's financial arm Ant Group might set a record in IPO speed on the tech-heavy Science and Technology Innovation board (STAR), which shows the Chinese mainland market's thirst for tech companies that will be the engine of the country's future economic growth, experts said.

The STAR market's IPO committee will hold a review on September 18 to decide whether or not to approve Ant Group's IPO application. That means Ant Group might get approval just 25 days after it submitted a prospectus in late August.

Previously, technology giant Semiconductor Manufacturing International Corp held the record for fastest approval, taking 46 days to get listed on the STAR market. Observers have marveled at the speed, as it used to take a longer time, at least months, for companies to get listed on the mainland's capital markets.

Liu Guohong, director of the Shenzhen-based Department of Finance and Modern Industries at the China Development Institute, said that the fast IPO speed also reflected the market's thirst for and support of tech giants.

"The trend has increased, particularly after the pandemic, for the domestic market to recognize the value of mainland tech companies by giving them a relatively high valuation, higher than on the US or Hong Kong markets," Liu said, adding that faster IPO approval also reflects that trend.

Ant Group filed for a dual listing in Hong Kong and on Shanghai's NASDAQ-style STAR Market on August 25.

A Reuters report noted that Ant Group's blockbuster dual IPO might raise as much as $30 billion in what would be the world's largest IPO, boosting Hong Kong's status as a traditional center of the global IPO market and the STAR market as a growing capital center.

Liu said that it's very likely that Ant Group's IPO will set records, as the global market is searching for areas where next-stage economic breakthroughs will happen, and new tech giants that can fill this role will gain favor.

Experts said that the dual IPO model will become a common choice for mainland technology companies.

"Companies want to list in multiple markets not only to get access to capital from diversified sources, but also to build an image of a global company to facilitate business expansion," he noted.

"Hong Kong is a highly globalized market, so why should mainland tech companies seek IPOs afar, not to mention that China-US tentions will largely increase the uncertainties for listings in the US," Liu said.

An executive from investment bank UBS noted on Thursday that the trend will continue this year and in 2021, with US-listed mainland companies choosing Hong Kong for secondary listings.