Investors who felt "fortunate" to get shares in Ant Group's record-smashing IPO are now worried about the fin-tech company's dual listing, as the surprise suspension announcement on Tuesday prompted retail investors to seek swift refunds of their bids. 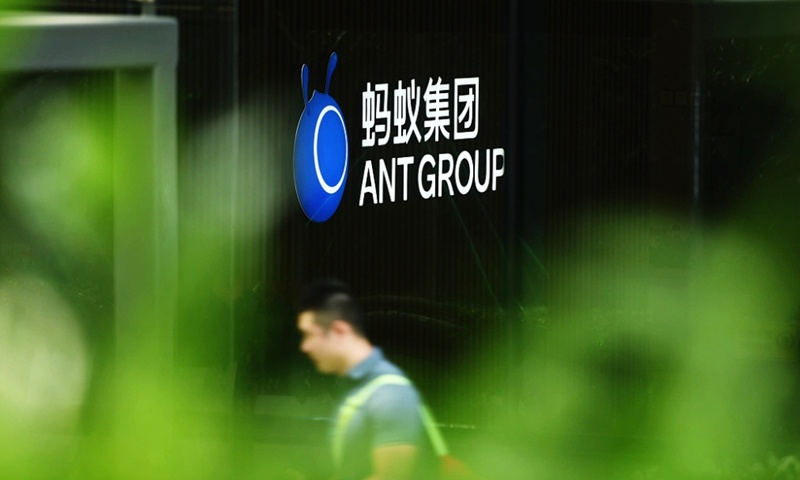 Some fear that tighter scrutiny of the Chinese fin-tech giant might affect the sector's growth prospect at large.

In a Wednesday filing with the Hong Kong Exchanges and Clearing (HKEX), the operator of the Hong Kong stock market, Ant Group said that application monies for its Hong Kong offering will be refunded in two batches - the first on Wednesday and the second on Friday.

Many brokers including Tencent-backed online brokerage Futu and Alibaba-backed Long Bridge Securities will waive commissions and interest on margin loans, while some institutions will opt to refund all commissions and some of the interest, according to a manager of a local financial institution.

The HKEX has experience of halting IPOs after the completion of subscriptions and the city's regulator would ensure deposits for shares of Ant Group's offering would be refunded in an orderly manner, said the spokesperson.

The HKEX also announced on Wednesday that it will postpone the introduction of Ant Group's futures and options that were initially scheduled for Thursday, the planned IPO debut date.

The highly anticipated dual listing proved to be a huge magnet for retail investors in both Hong Kong and Shanghai.

In the HKSAR, 1.55 million individual investors, roughly one-fifth of the city's population, applied for Ant Group's shares with HK$1.3 trillion ($167.7 billion), or an oversubscription of 389 times the shares on offer, according to the Alibaba-owned South China Morning Post (SCMP). The retail portion of the listing in Hong Kong was underpinned by HK$500 billion in total margin financing by the city's banks and brokerages.

Plans for mainland applications for the Shanghai tranche of Ant Group's offering have yet to be revealed.

Ant Group's market valuation is poised to be shaved even if it could fix the regulatory snag and continues with the IPO in the near future, the manager said, adding the wild investors application is unlikely to be repeated.

"The past few days were the darkest and most difficult in the history of Ant Group and Alibaba," the person said, repeating Jing's remarks at the meeting.

It's estimated that Ant Group's listing will be delayed for about half a year, according to the meeting.

The odds are small that Ant's IPO will be put off indefinitely, as China's supervisory toughening aims to protect investors and it's not very likely that the regulators intend to kill the listing, Wu Jinduo, head of fixed income at the research institute of Great Wall Securities, told the Global Times on Wednesday.

"It's unlikely that the STAR Market in Shanghai and HKEX would see their reputation negatively affected [by the suspension], as the regulatory authorities are taking measures to be answerable to investors and guarding against systemic financial risks," she said.

Tougher rules recently announced by the regulators don't target any specific online financial platforms, Wu commented, noting that the nation's financial system has over the years been striving to contain risks, with efforts to clamp down on shadow banking in 2013 and combat risks stemming from the problematic peer-to-peer online lending schemes.

The inclusion of internet finance into the nation's unified regulatory framework is a thoughtful push by the regulators, the analyst said.

The regulators have plans to strengthen oversight on Ant Group, particularly on the firms' cash cows - its credit-scoring platforms that channel loans from banks and other institutions to a galaxy of customers across the country, Bloomberg reported Wednesday.

Ant Group didn't respond to a request for comment as of press time.

Ant Group has long benefited from regulatory arbitrage - that is, its offerings of innovative financial services are not subject to supervision as are the capital requirements they have imposed on traditional banks. But fin-tech platforms like Ant will certainly meet more stringent financial supervision, said a veteran industry watcher, who requested anonymity due to the sensitivity of the matter.

Draft rules for online micro-lending unveiled on Monday by the country's central bank and the banking and insurance regulator, require platform operators to provide a minimum of 30 percent of the funding for loans. This would be a challenge for Ant Group to remain compliant, as its stock prospectus revealed that about 2 percent of its loans are on its own balance sheet, with the rest of the credit balance financed by partner financial institutions or securitized.

The draft rules also set a cap on loan extension to a single individual: 300,000 yuan or one-third of the individual's average annual income over the most recent three years, whichever is lower. Additionally, cross-provincial online loan services is not allowed.