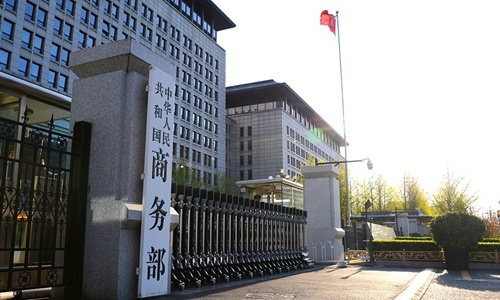 During the Asia-Pacific Economic Cooperation (APEC) Ministers Responsible for Trade Meeting, officials reached a consensus on facilitating free and multilateral trade and strengthening regional economic integration. The developments offer a hopeful future for the Asia-Pacific region in an accelerated economic and trade recovery, amid rising COVID-19 infections in some parts of the region, experts told the Global Times.

China called on members of the APEC forum to accelerate the cross-border flow of vaccines and rejuvenate the WTO to support regional economic recovery through trade, Chinese Commerce Minister Wang Wentao said while attending the APEC meeting via video link during the weekend.

Wang also called for efforts by APEC to safeguard the multilateral trading system and push for necessary reform of the WTO, especially resumption of the normal operation of the Appellate Body as soon as possible.

China is willing to work with APEC members to stabilize the supply and industry chains in the Asia-Pacific region, and promote regional economic recovery, the minister added.

"China's solutions on vaccine flows, multilateralism, and WTO reform from the perspective of regional and global economic recovery from the impact of COVID-19, are pragmatic," Huo Jianguo, former president of the research institute of the Ministry of Commerce (MOFCOM), told the Global Times on Monday.

As an important multilateral arena, APEC has seen members in the Asia-Pacific region forming a unified voice in supporting WTO reform, which will mean a bigger influence on the world stage, Huo noted.

"We continue to support necessary reform work to improve the WTO's functioning. To that end, we recognize the importance of making progress on enhancing transparency.

"We engaged in frank and constructive discussions, and are committed to continuing the discussions regarding improved functioning of the WTO's negotiating and dispute settlement functions," according to a joint statement issued on Saturday.

Progress is being made toward a deal on an intellectual property waiver for COVID-19 vaccines at the WTO, US Trade Representative Katherine Tai said on Saturday.

"It's at least a relief to see the US' supportive attitude toward multilateralism, although different countries may disagree on how to support it," Tu Xinquan, dean of the China Institute for WTO Studies at the University of International Business and Economics in Beijing, told the Global Times on Monday.

Since taking office, US President Joe Biden has pledged to bring multilateralism back to US foreign policy.

"A multicultural and active trade policy is the cornerstone for free flow of vaccines and key to current economic situation on track of recovery," Tu said.

The meeting served as a significant sign of a hopeful future for the Asia-Pacific region in an accelerated economic and trade recovery, especially amid recent increase in COVID-19 infections in some parts of the region, Tu noted.

As the US' domestic inoculation rate picks up, it has started exporting its excess vaccines. As of Sunday, 302 million vaccine doses had been administered in the US.

"There might be a little race of vaccine supply in the Southeast Asian region, where the coronavirus is coming back and bite," Tu added.

Yu Benlin, director-general of the department of international economic and trade affairs at the MOFCOM, said on Monday that an active trade policy will enable the general public in the region to obtain affordable and safe vaccines, which was also the original intention of China in advocating vaccines as a global public good, according to the official WeChat account of MOFCOM.

As of Sunday, China had organized and completed the delivery of COVID-19 vaccines and supporting syringes to 66 countries and one international organization, data from the MOFCOM showed.

The advance of the Free Trade Area of the Asia-Pacific will bring more business opportunities to regional enterprises, and the effective implementation of the Regional Comprehensive Economic Partnership (RCEP) will create a fairer, more orderly and vibrant business environment for all enterprises, said Yu.

The Chinese government officially ratified the RCEP agreement in early March, and is waiting to join the Comprehensive and Progressive Agreement for Trans-Pacific Partnership.