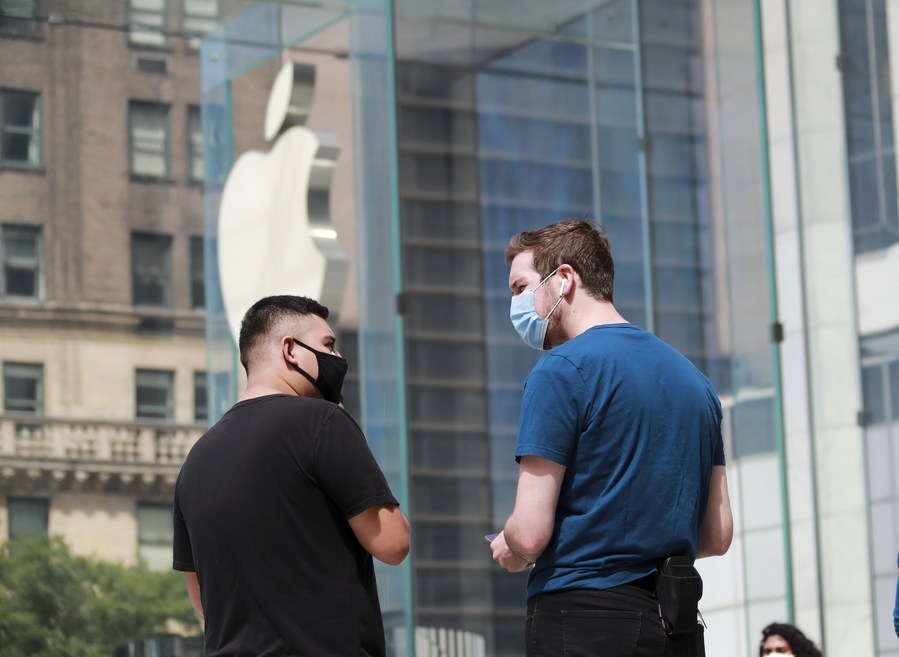 A staff worker talks with a customer outside an Apple store on Fifth Avenue of New York City, the United States, June 17, 2020.(Photo: Xinhua)

Apple hit a market capitalization of 2 trillion U.S. dollars on Wednesday to become the first publicly traded U.S. company to reach the milestone.

Apple shares are up about 60 percent year to date. In the past year, its shares have risen more than 120 percent from 201 U.S. dollars per share.

The company posted a strong third-quarter report in late July, with quarterly revenue of 59.7 billion U.S. dollars, up by 11 percent year on year, while Apple's net sales in the Great China region increased to 9.329 billion dollars from 9.157 billion dollars a year ago.