Apple's CEO Tim Cook paid a surprise visit to China in October and Shanghai was his first stop. Since Monday night, Cook has posted four times regarding his activities in Shanghai on Weibo, China's one of the top social media platforms.

In Shanghai, Cook visited a photography exhibition that featured photos taken by an iPhone, experienced boarding a ferry using an Apple Watch, and participated in a yoga class using Watch to record body data. 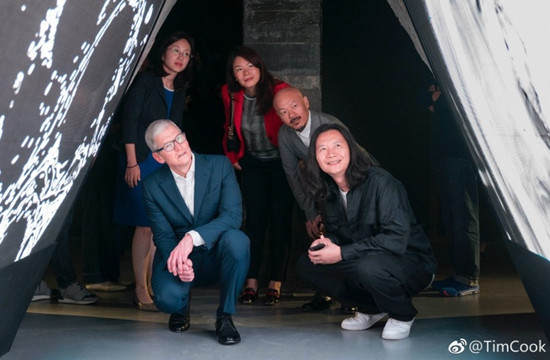 Li Qiang, the secretary of the Shanghai Municipal Committee of the Communist Party of China, also met with Cook in the afternoon on October 9. Li noted that Shanghai is willing to share innovation experiences and deepen comprehensive cooperation with renowned international tech companies for a goal of mutual benefit. He also expressed his hope that Apple can play a major role in exchanges between Shanghai and the US.

Cook thanked Shanghai for its firm support and the admirable services offered to companies. He promised that Apple would continue to increase investments in Shanghai and expand fields of cooperation; making contributes to the development of Shanghai's social economy.

In August, Apple stocks soared, becoming the first publicly listed US company valued at 1 trillion USD. However, Cook has conveyed his concerns many times over the trade war launched by the US. He noted that American trade relations with other economies have been intricate and complicated, but the trade war is never the solution. Besides, China is Apple's biggest foreign market. 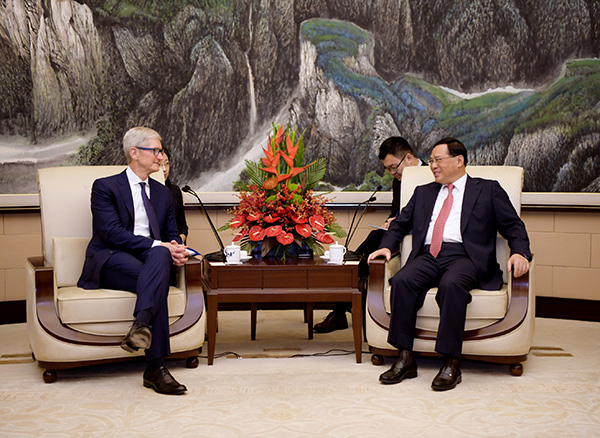 The secretary of the Shanghai Municipal Committee of CPC Li Qiang meets with Cook on October 9. (Photo: The Paper)

On Wednesday, Cook continued his tour in China and visited a high school in Beijing that integrated the iPad into its learning curriculum. Cook said that Apple also values China's education sector.

Apple has been staying low key on its visit to China. Detailed arrangements have not been released except for what was posted on Cook's Weibo account. If this visit accomplishes some fruitful outcomes, they will be published after Cook's tour.