A deal between Dialog Semiconductor and US touchscreen group Synaptics makes sense. The question is whether the British iPhone chip maker can pull it off. 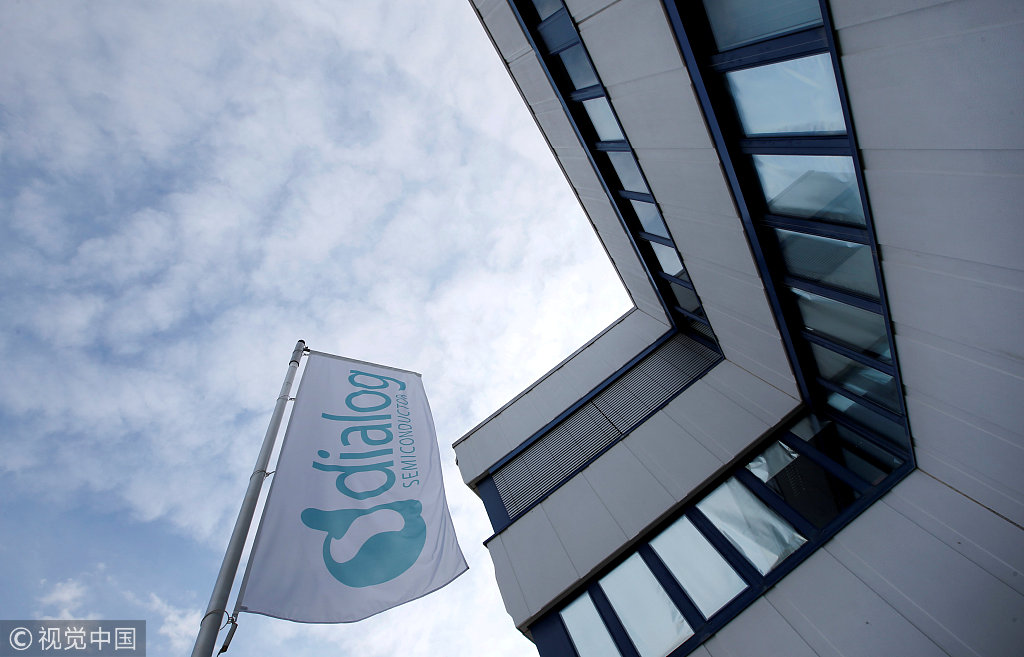 The Dialog Semiconductor logo on a flag in Germering near Munich, Germany, August 15, 2016. (Photo: VCG)

The Britain-based company said late on Tuesday it was in "detailed discussions" over a potential acquisition of $1.7 billion Synaptics, primarily financed by existing cash and debt. Shares in the $1.3 billion Dialog, whose main products include chips that manage battery usage in smartphones and tablets, have dropped 44 percent this year. Main customer Apple cut orders, and investors fear it may bring more power-chip production in-house.

Buying Synaptics would reduce Dialog's dependence on Apple to less than half of revenue. Crucially, Synaptics specializes in touchscreens, voice recognition and other technologies for interacting with phones and the increasing array of household products that have chips. Dialog's semiconductors could make those power-hungry bits of kit more efficient.

Synaptics knocked back a $59 per share bid in March, CNBC reported. Coming back at, say, just under $65 per share, Dialog could offer a 45 percent premium to Synaptics' six-month average price, implying a $2.2 billion price tag, or $2.4 billion including consensus net debt estimates. In return, it would get $214 million of operating profit in 2020, again using Eikon consensus forecasts. Add $100 million of cost savings, as estimated by JPMorgan, tax it all at the US 21 percent rate, and Dialog's return would be a healthy 10.4 percent.

The problem is funding it. Analysts reckon Dialog's year-end net cash will be $643 million. At the same per-share price as above, that leaves $1.6 billion to fund in debt, taking the combined company's leverage to about three times EBITDA including synergies. That's toppy for a historically volatile group like Dialog.

Assume Dialog instead raised debt worth a more sensible 1.5 times the enlarged group's EBITDA. That would bring $874 million, leaving $725 million to be funded potentially through an equity raise. Yet investors may be unwilling to cough up on that scale for a company whose shares are down 71 percent in three years. For the same reason, Dialog would struggle to persuade Synaptics to let it pay in shares. The Apple chip supplier's M&A bite looks logical, but may be too big to chew.