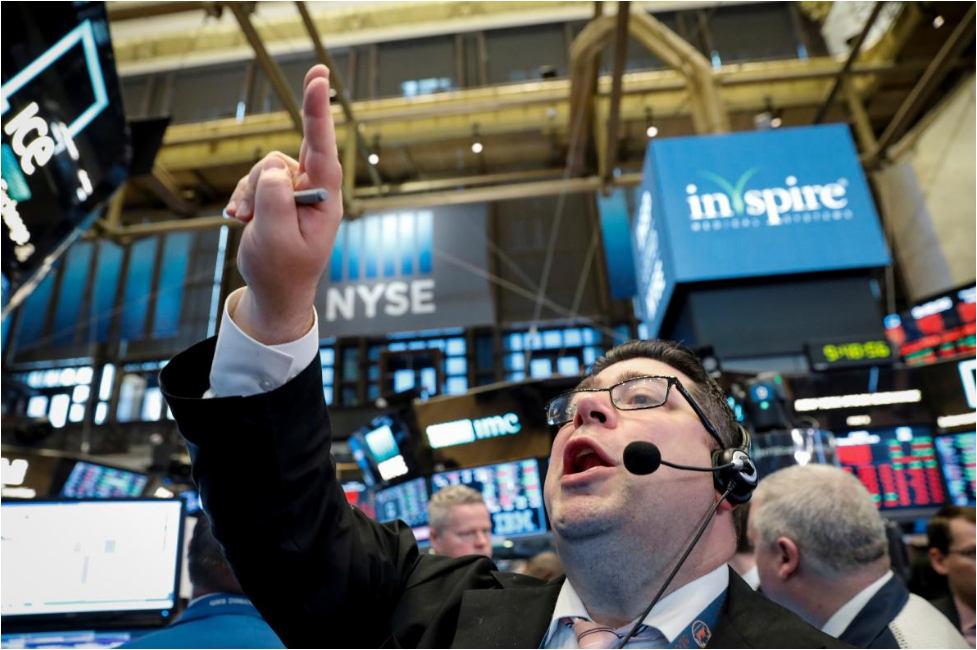 Trader Michael Capolino shouts out a bid on the floor of the New York Stock Exchange (NYSE) in New York, US, May 3, 2018. (Photo: Reuters)

Apple and other technology stocks led a rally on Wall Street on Friday after weaker-than-expected US wage growth data eased concerns about faster interest-rate hikes.

Shares of Apple Inc  jumped to a record high of $184.00 during the session after Warren Buffett’s Berkshire Hathaway Inc  disclosed that it had raised its stake in the iPhone maker.

Apple shares were last up 3.9 percent. The company’s stock is on track for its greatest weekly percentage gain since October 2011.

The S&P 500 technology sector .SPLRCT was up 1.9 percent, the biggest gainer on the index.

At the market open, US stocks had moved lower upon the release of employment data. The S&P 500 bounced off its 200-day moving average, a technical level that indicates the long-term trend.

The Labor Department reported the US unemployment rate dropped to near a 17-1/2-year low of 3.9 percent.

But US stocks climbed as the session progressed. Investors said that the low unemployment figure, which on its own might point to inflationary pressure on wages, offset the mere 0.1-percent rise in wages for April, below expectations.

“The report might have taken some time to digest,” said Shawn Cruz, manager of trader strategy at TD Ameritrade in Chicago. “The focus moved to the lack of wage inflation versus the drop in the unemployment rate.”

“That’s what’s behind the rally today,” he said.

Shares of CBS Corp  rose 7.6 percent after the media company topped revenue and profit estimates for the first quarter.

Fluor Corp shares sank 22.4 percent, the most on the S&P, after the engineering and construction company posted a surprise quarterly loss due to issues with a gas-fired power project.

Advancing issues outnumbered declining ones on the NYSE by a 3.22-to-1 ratio; on Nasdaq, a 3.10-to-1 ratio favored advancers.