BUSINESS Apple may take a hit, if factory shutdowns in India, Vietnam last

Apple may take a hit, if factory shutdowns in India, Vietnam last 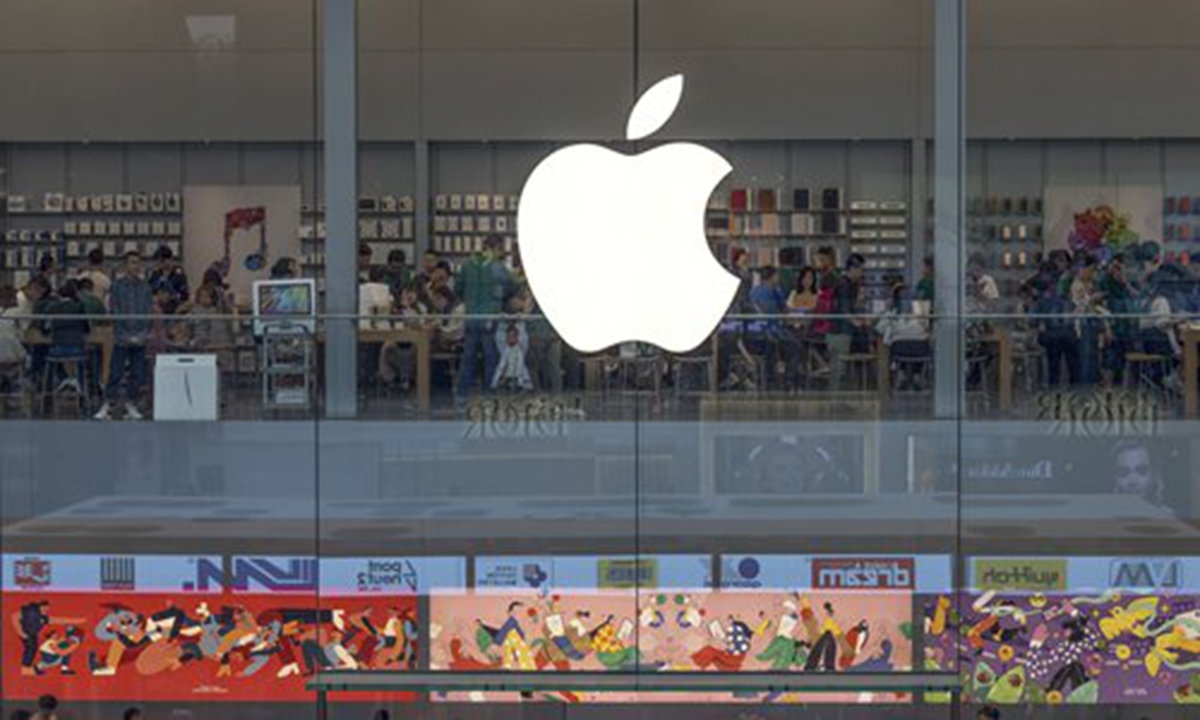 Apple Inc's supply chain is facing increasing uncertainty, as more factories of the US tech giant's suppliers have halted operations due to the COVID-19 pandemic. Analysts said that the company's already tight supply could take a hit if production disruptions were to last.

After disruptions to factory operations of Foxconn Technology Group - a major Apple supplier - in India, factories of Foxconn and another supplier Luxshare Precision Industry suspended work in the northern part of Vietnam amid a COVID-19 surge in the country.
In a statement sent to the Global Times on Thursday, Foxconn said that some of its subsidiaries have suspended operations since Tuesday in response to the local government's epidemic prevention measures.
The statement said that workers' safety is the top priority and other factories in the country are still operating. Changes would be made in line with government measures, it said.
Ding Shaojiang, a veteran industry analyst, told the Global Times on Thursday that failure to restart production in two weeks would put a strain on Apple's already tight global capacity.
Specially, shutdowns of the original equipment manufacturer (OEM) factories in Vietnam and India have great impact on the production of iPhones, tablets, PCs and other products, the analyst said.
Apple's AirPods could also be affected because Luxshare makes AirPods in Vietnam, while Foxconn makes displays and panels in the country, according to analysts.
But there would be a limited impact on the company's overall production, and some work could be sent to factories in other parts of the country or China if needed, a staffer in the security division at the Luxshare factory told the Global Times on Thursday.
Luffy Lin, chief analyst at Witdisplay, an electronics device consulting platform, agreed that the factory halts would have a limited impact on Apple's production and sales, if disruptions do not last.
"Big companies like Apple often have stockpiles that can last two to three months, which is adequate if the suspension lasts for two weeks. But it will pose problems if it lasts a month or longer," said Lin.
Apple just unveiled the iPad Pro, the iMac and the purple iPhone12 at its spring event in April, and the iPhone13 may also be in production, so the outbreak has added a bit of uncertainty to the production and sales of Apple's new products, according to media reports. The outbreak has cut the production capacity of the iPhone12 by more than 50 percent, Time Weekly reported.
Apple's overseas factories have had previous setbacks due to the pandemic. More than 100 Foxconn employees in the facility in the southern state of Tamil Nadu, one of the worst-hit states in the second coronavirus wave engulfing India, tested positive for COVID-19. The company has a no-entry ban at its factory in the capital of Chennai until late May, Reuters reported on May 11, citing a source.
Amid disruptions in India, Foxconn has been recruiting actively at several major plants in China, which, analysts say, could be preliminary sign of shifting some work to China from India. After shutdowns in Vietnam, some have also speculated that Foxconn might shift some products back to China.
But Ding said that the shift of Apple's industry chain is an established strategy that won't be halted by the pandemic.
"In addition to geopolitical factors, the rise of comprehensive costs such as labor in China is an important reason for Apple to transfer OEM work to low-cost countries," said Ding.
The parts of the industry chain remaining in China will upgrade to high-end and intelligent manufacturing, the expert added.